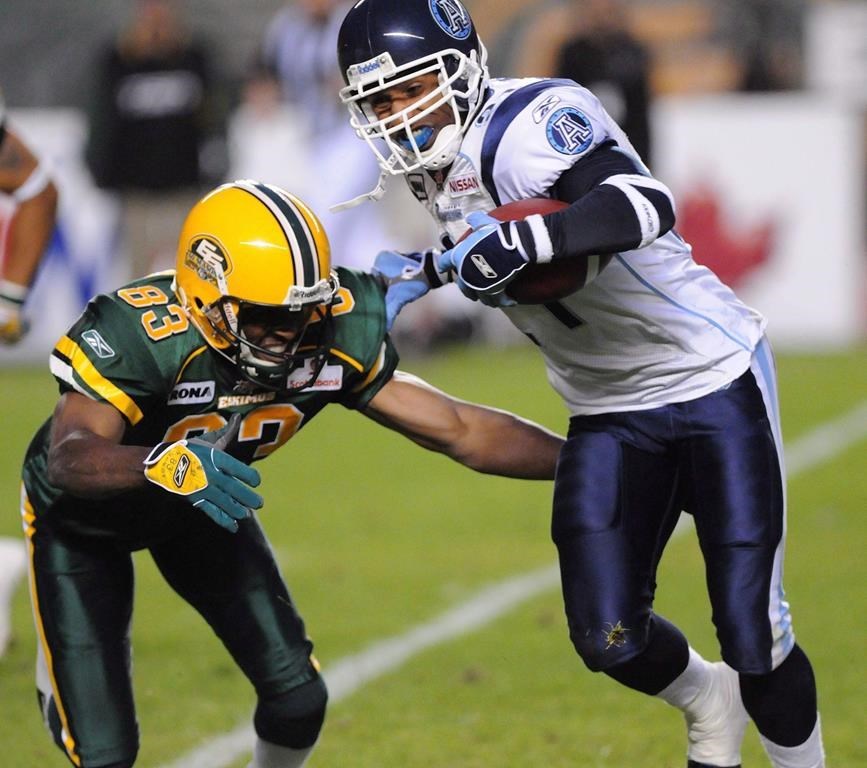 During his tenure as Hamilton's defensive co-ordinator (2013-16), Steinauer said he was routinely left hoarse and speechless by the first week of camp. But eight days into his first as the Tiger-Cats head coach, Steinauer's voice remains strong and deliberate.

"Obviously things fall on my shoulders, that's what you sign up for (as head coach)," Steinauer said following Monday's early session at Ron Joyce Stadium. "I think the transition has been real smooth but mainly that's a credit to the staff and organization as a whole.

"You're only as good as the people around you, the same way it is on the football field."

While part of Steinauer's responsibility now is to oversee camp, he makes no bones about becoming a hands-on coach if required.

"I'm not going to micro-manage but if I see some things, absolutely, that's my job also," he said. "I'm overseeing things but I'm not afraid to jump in there and coach them hard and demand excellence.

"That's for the coaches and players but they know that. I haven't had to do it and so my voice is intact."

Last season, Hamilton (8-10) finished second in the East Division. After dispatching B.C. 48-8 in the conference semifinal, the Ticats lost 46-27 to Ottawa in the East final.

Many feel this year Hamilton will be the team to beat in the East Division after the Redblacks lost offensive co-ordinator Jaime Elizondo to the XFL as well as quarterback Trevor Harris, running back William Powell, receiver Greg Ellingson and offensive lineman SirVincent Rogers in free agency.

"The expectation for every team, I believe, is to win the Grey Cup," Steinauer said. "It's about having a plan, staying the course and being flexible and able to adjust because this is the ultimate team game.

"It's unfortunately a game of injuries and you just need to be prepared for those situations. We know the end goal, absolutely . . . but we're more focused on the stepping stones of getting there. Other than that it's day to day, practice to practice, drill to drill."

"Training camp is a time to figure out what people do well," Steinauer said. "We're emphasizing competition, whether it's American, Canadian or global players.

Hamilton's first exhibition game is Saturday in Ottawa before concluding its pre-season schedule hosting Toronto on June 6. The Ticats open the regular season at home to the Saskatchewan Roughriders on June 13.

Like Jones, Steinauer brings a player's background to the head job. The five-foot-11, 182-pound Steinauer spent 13 seasons as a CFL defensive back, including four years with Hamilton (1997-2000). He played on the Ticats' last Grey Cup winner in 1999 under late head coach Ron Lancaster and was the club's defensive co-ordinator in 2013-14 when it made consecutive Grey Cup appearances.

"I've found him to be who coach O is, he's been awesome," said Masoli, the East Division's top player last season. "He's been doing a great job setting the standards and making sure expectations are known so as players we know what we have to do."

Canadian athletes struggling to find competition as they try to qualify for Tokyo
Feb 26, 2021 11:20 AM
Canadian international Cyle Larin adds to goals total with Turkey's Besiktas
Feb 26, 2021 11:17 AM