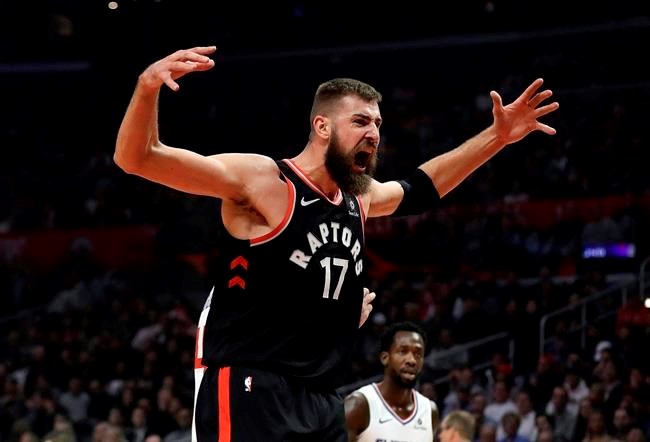 ATLANTA — The Toronto Raptors have confirmed that centre Jonas Valanciunas is ready to return to action after missing nearly two months with a dislocated left thumb.

The Raptors posted a picture of Valanciunas on their Twitter feed with the caption "I'm back."

Barring a deal in advance of the trade deadline, Valanciunas will be in the Raptors lineup for their game Thursday night against the Atlanta Hawks.

Valanciunas and Serge Ibaka formed a potent combination at centre early in the season, something the Raptors have missed since the seven-foot Lithuanian was injured in a win at Golden State on Dec. 12. He has missed Toronto's last 25 games.

Valanciunas is averaging 12.8 points and 7.2 rebounds per game this season despite largely coming off the bench. He is averaging just 18.8 minutes per game.