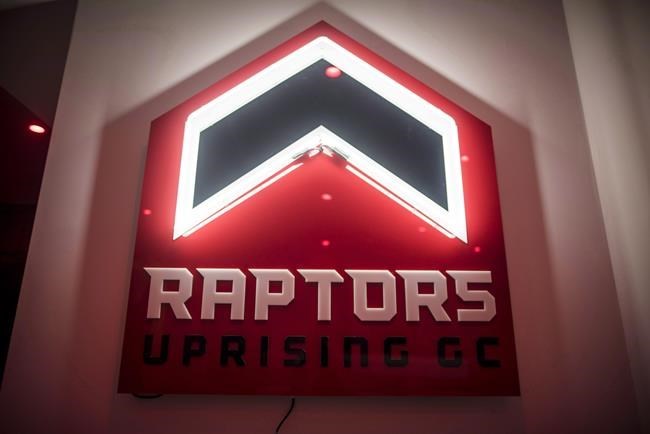 There was some initial confusion over whether 11 straight victories represented the longest winning streak in the league's three-year history, especially given the change in format this season.

But league officials ruled that Blazer5 Gaming holds the record for longest regular-season winning streak at 14, set during the 2019 season. T-Wolves Gaming reeled off 12 consecutive victories last year over the regular season and playoffs.

Regular-season games were one-off contests in the league's first two seasons before switching to best of-three series in remote play this year.

Star point guard Kenneth (Kenny Got Work) Hailey warmed up as Game 1 wore on to lead all-scorers with 30 points and eight assists for Toronto. Raptors centre Jerry (Sick One) Knapp was a force in the middle with 21 points and 23 rebounds.

Hailey was cold to start Game 2 but finished with 35 points and 12 assists while hitting 6-of-7 three-pointers. Wilkerson also had 35 points for Miami.

Monday's game had US$2,500 on the line for the winner, as part of the league's plan to redistribute prize money for local tournaments called off due to the global pandemic.

The league is awarding a total of $60,000 in prize money covering 23 matches over the next two weeks.

Toronto regained control in the second quarter to lead 48-30 at the half. Maurice (ReeceMode) Flowers hit 5-of-6 shots and Knapp connected on 7-of-10.

Both centres were on in the first half. Gonzalez had 19 points in the half, hitting all nine shots while Knapp had 14 points and 11 assists.

Toronto led 70-42 going into the fourth.

Game 2 was closer with Miami leading 21-19 after a first quarter that saw Hailey make just one of four shots. The Heat were up 35-31 at the half thanks to 20 points from Wilkerson, the eighth overall pick in the February draft.

The Raptors pulled ahead 39-35 on three-pointers by birthday boy Trent (Timelycook) Donald and Hailey and led 54-26 after outscoring the Heat 24-11 in the third quarter.

Toronto outscored Miami 49-23 in the second half.

Despite the COVID-19 delay in starting the season and having to play remotely rather than in the league's New York studio, the Raptors have done nothing but win this season.

On June 12 they set a league scoring record in a 109-51 demolition of Celtics Crossover Gaming. Pistons GT set the previous single-game mark in a 108-69 win over the Heat in July 2018.

This report by The Canadian Press was first published June 29, 2020.