Scoring, comebacks up as NHL GMs trumpet health of the game at meetings 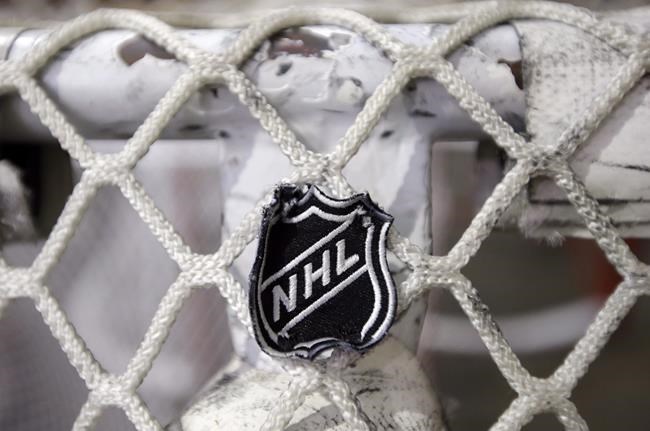 In between their golf outings, fishing trips and pool-side chats, of course.

They got it when the decision was made to hand the final call on those controversial coach's challenges to the league's hockey operations department instead of referees.

And while there's no hot-button issue dominating discussion in 2019, there's still plenty to talk about.

GMs opened their meetings at the posh Boca Beach Club resort on Monday by going over numbers from this season to date — ones that show scoring, even-strength goals and comebacks are up significantly.

"It seems like we're just about perfect," Vegas Golden Knights GM George McPhee said. "The game is in a really good place in terms of whatever you want to measure.

"It's just about as good as it's ever been, which is great news."

Come-from-behind wins are also up — 43 per cent of teams that fall behind have managed to claw back for victories, with 12 per cent responding from two goals down — while 164 of 990 games (17 per cent) have seen teams secure two points despite trailing in the third period.

The league also trumpeted its competitive balance, with 27 teams having changed positions in the standings since Jan. 1.

"It's fantastic," Calgary Flames GM Brad Treliving said. "It's a highly entertaining product. At the end of the day, we're in the entertainment business."

Added Winnipeg Jets GM Kevin Cheveldayoff: "The fact that we're not sitting here talking about any hot-button topics is a testament to show that, for the most part, things are going well."

But it wasn't always that way.

Colin Campbell, the league's executive vice-president and director of hockey operations, said he knew the game needed an overhaul at its highest level following the grinding 2004 Stanley Cup final between Calgary and the Tampa Bay Lightning.

"There were no lead changes — the team that scored the first goal won the game," Campbell said. "You could lock down a game.

"I heard one player say, 'We're not even having fun playing the game, it's just a lock it down, grab, hook, hold, wrestle.' The (GMs), to their credit, they worked hard on it."

Managers were also shown a video Monday, complete with classical music followed by more modern tunes, to demonstrate how the slashing crackdown during the 2017-18 campaign has resulted in a faster, more offensive product.

Slashing penalties (769 so far this season) are still up compared to what was called before the crackdown, but those infractions are down considerably compared to the 1,053 whistled at this point in 2017-18.

"You've got to give the players credit," NHL director of officiating Stephen Walkom said. "There is a great amount of conformance in the game relative to the rules. The players are better educated on what is a hook, what is a hold, what is a slash.

"We have more goals scored today on 5-on-5 play than ever before. It's not due to enforcement per se, it's the threat of enforcement."

All the good vibes aren't stopping GMs from brainstorming new ideas in Boca.

They broke out into smaller groups to discuss a variety of topics Monday, including pucks crossing the goal line after the whistle, high-sticking infractions that warrant two- or four-minute penalties, goalies losing helmets during play and player safety.

"Any time you can be proactive on things, that's obviously the best-case (scenario)," Arizona Coyotes GM John Chayka said. "The group's done a really good job the last number of years getting out ahead of things."

Among the other issues touched on at the meetings set to run through Wednesday are referees being allowed see video on potential five-minute penalties prior to making a decision, and allowing on-ice officials to see replays of reviews initiated by the hockey operations department.

As it stands now, referees only see replays on challenges via the tablet located at the timekeeper's bench.

"We asked the managers, 'Should they look at everything?" Campbell said. "They're not making the decision, but they have to go out and explain what happened on a play and make the announcement so maybe they should watch what they're going to talk about."

But the overall message from the mostly-smiling GMs was simple: these are heady times for the NHL.

"You're always looking and talking and tweaking," Treliving said. "But the good news is you don't have to find a problem.