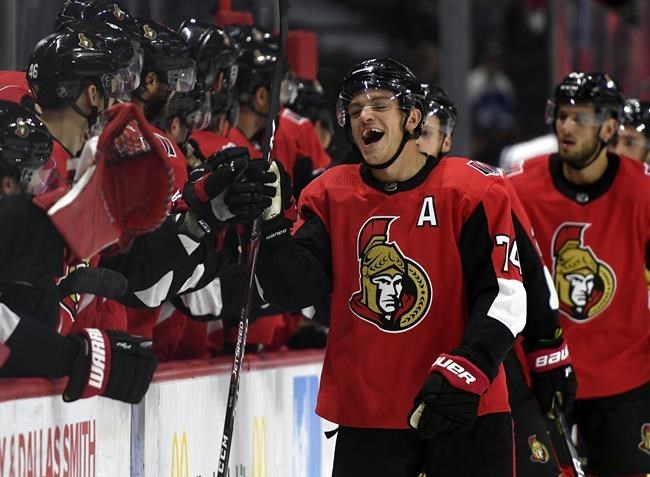 VANCOUVER — Ottawa Senators defenceman Mark Borowiecki fights crime on his days off from the rink.

Vancouver Police have confirmed that the 30-year-old Borowiecki halted an attempted robbery on Sunday in the city while he was out for a walk.

Borowiecki witnessed an unidentified person breaking into a parked car. He confronted the individual before wrestling away the stolen property from the alleged thief.

Vancouver Police said on Monday that the alleged thief got away, but "Mr. Borowiecki was able to retrieve the property," which was returned to the original owners.

Vancouver Police are investigating the incident. No arrests have been made.

"I'm a mediocre fighter on the ice but I'm very confident handling myself off the ice. I wasn't too worried about anything that would happen," Borowiecki said Tuesday before the Senators faced the Vancouver Canucks.

"Honestly, I don't think I went above or beyond or anything. It was the right thing to do at the time. I'm happy I was there."

Borowiecki said he received a "nice text" from the woman expressing her gratitude, though he said she was surprised when she found out Borowiecki was a Senator.

"She was like I'm actually a huge Leafs fan."

Borowiecki, an Ottawa native, was drafted by the Senators 139th overall in 2008 and broke into the league with the club in 2011.

Borowiecki, known to teammates as 'BoroCop', was named an alternate captain in September.

— With files from Jim Morris in Vancouver.

This report by The Canadian Press was first published Dec. 2, 2019.