Source: Toronto reaches agreement in principle to get Alejandro Pozuelo from Genk 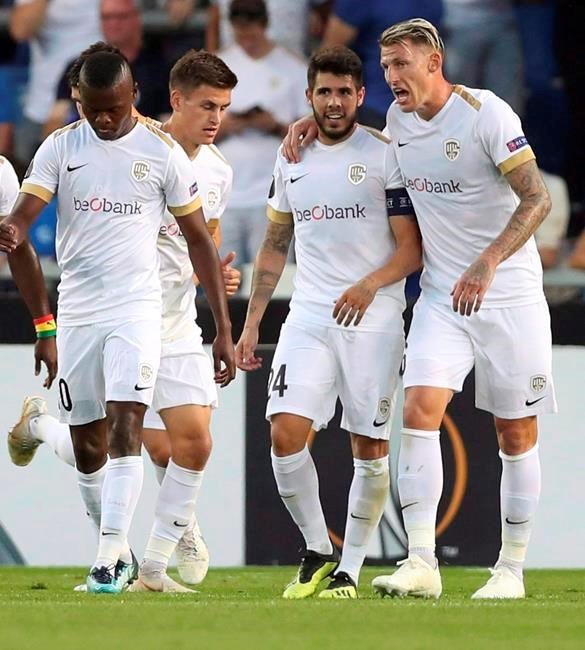 Toronto FC has got its man.

A source confirmed Tuesday that the MLS team has reached an agreement in principle to acquire Spanish attacking midfielder Alejandro Pozuelo from Belgian league-leader KRC Genk.

TFC has holes on offence with Sebastian Giovinco and Victor Vazquez departing for greener pastures in Saudi Arabia and Qatar, respectively.

Toronto has been tracking the Spaniard for more than a year. But the deal took some time to consummate.

The stumbling block with Genk was the release clause in his contract and when, if triggered, it kicked in. Genk did not want to give him up immediately. Toronto did not want to wait.

Like Vazquez, Pozuelo has the vision and arsenal to unlock defences. He is expected to arrive in mid-March.

A native of Seville, Pozuelo started in the youth ranks at Real Betis, making his senior debut in 2011. In July 2013 he joined Swansea City of the English Premier League. Pozuelo returned to Spain a year later, joining Rayo Vallecano. In August 2016, he moved to Genk.

News of the agreement is welcome at a TFC club that has little to celebrate this year. In addition to Vazquez's departure and a messy breakup with Giovinco thanks to a contract impasse, TFC is trying to move Dutch defender Gregory van der Wiel after a training camp bust-up with coach Greg Vanney.

A 4-0 loss to Club Atletico Independiente de la Chorrera in Panama last Tuesday was another black cloud. The return leg of the Scotiabank CONCACAF Champions League round-of-16 tie is Tuesday.

The deal to get Pozuelo means Toronto can now focus its search on one or two players to be acquired using targeted allocation money. TAM allows clubs to pay down the salary cost of marquee players who are not given DP status.

Toronto also has to sort out the future of striker Jozy Altidore and captain Michael Bradley. Both designated players' contracts expire at the end of the 2019 season.

Toronto kicks off its MLS season on Saturday at Philadelphia.