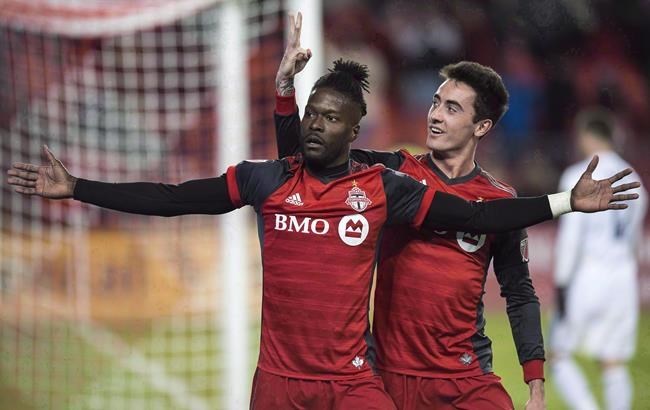 TORONTO — Ask Toronto FC president Bill Manning what he heard from supporters in the off-season and the answer is simple.

"They're saying we don't want to sit through another season where we're not making the playoffs," he said. "Look, I say the same thing internally."

After winning the MLS Cup in a record-setting 2017, Toronto slumped to 19th place in the league last year with a 10-18-6 record — which represents a 33-point drop. The club made it to the final of the CONCACAF Champions League and won the Canadian Championship, but the 2018 league campaign was a disaster.

Add a tumultuous training camp that saw star striker Sebastian Giovinco and playmaker Victor Vazquez depart for greener pastures (in Saudi Arabia and Qatar, respectively) and the questions about which TFC will show up in 2019 continue to grow.

"This off-season wasn't as tidy as I would like," Manning said by way of understatement. "But in this business, you've got to roll with the punches and you need to have backup plans and you have to look forward."

Toronto opens the season Saturday at Philadelphia. After a bye week, it hosts New England on March 17.

The club remains a work in progress, with Spanish attacking midfielder Alejandro Pozuelo expected to arrive as a designated player from Belgium's KRC Genk in mid-March. The team also hopes to add one or two more marquee players using targeted allocation money.

Judging from the early exit from the 2019 CONCACAF Champions League, more teeth are needed in attack. But it will take time for the new talent to blend in.

There is plenty to fix, especially on defence.

Toronto gave up a franchise-worst 64 goals and managed back-to-back league wins just once last season. And there were plenty of other worrying statistics.

A congested schedule due to the Champions League and a string of injuries — key defenders Drew Moor and Chris Mavinga played a combined 20 league games — were seen as factors in Toronto's demise.

In truth, it was death by 1,000 cuts. A hint of locker-room dissension emerged when Dutch defender Gregory van der Wiel was sent home during training camp after a bust-up with coach Greg Vanney.

The World Cup veteran remains with the team, but only until a move can be engineered. His training regimen is a solo one.

"This group is eager to get better every single day and that goes to the character of the group," he continued. "I think it's where we were a couple of years ago. Last year, I think, in the pursuit of championships, to try to back up the championships, we got a little bit outcome-oriented and not enough process-oriented."

With Vanney employing a 4-3-3 formation this season, width will play a larger part in the Toronto game.

The field bears watching this season. Players have complained long and loud about the BMO Field grass in recent years.

New sod was laid in November and hybrid roots will be stitched into the grass in April to strengthen the playing surface. The team has bought every bell and whistle you can think of to protect and grow the grass.

But it remains a work in progress.

Despite an off year, Toronto ranked third in the league in attendance, averaging 26,628 in 2018. It has also raised ticket prices in most sections.

TORONTO FC AT A GLANCE

KEY RETURNEES: With Giovinco gone, Jozy Altidore will shoulder the offensive load. The U.S. international is a beast when healthy and has a new contract, but only played 13 regular-season games (seven goals one assist) due to injury last season. Can his body hold out for the season?

THE BURNING QUESTION: A tumultuous pre-season and early exit from the CONCACAF Champions League have done little to reassure supporters. Which TFC will show up in 2019?