'We want him in the mix': Marner absent from Maple Leafs' golf tournament 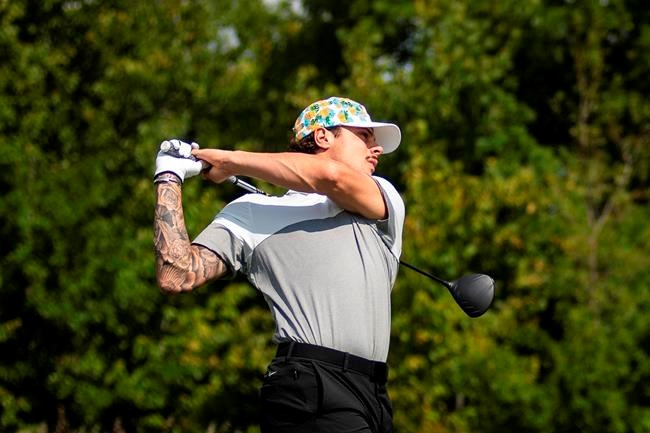 MILTON, Ont. — Morgan Rielly would have liked nothing more than to tee off with Mitch Marner at the Toronto Maple Leafs' annual golf tournament.

After going through William Nylander's contract impasse last season, however, the star defenceman has had plenty of practise honing another skill — answering questions about a missing teammate.

As expected, Marner was a no-show for Wednesday's charity event as his representatives continue to negotiate terms of a new deal with Leafs general manager Kyle Dubas.

"That's not within our control as players," Rielly said Wednesday afternoon of Marner's status on the eve of training camp. "We talk to Mitch and we obviously want him here. He's a big part of our group and he's a great teammate. We want him in the mix, but there's only really so much you can do.

"You've got to worry about your own game."

Rielly was the only big-name member of the Leafs made available to reporters at RattleSnake Point Golf Club ahead of Thursday's physicals before the team flies east for camp in St. John's, N.L.

Marner's contract has dominated the hockey conversation in Toronto and across the league this summer as the 22-year-old headlines an impressive class of still-unsigned restricted free agents.

Toronto came to terms with Auston Matthews on a five-year extension in February that carries an average annual value of US$11.634 million and will walk him into unrestricted free agency at age 26, while fellow centre John Tavares agreed to a seven-year, US$77-million UFA pact in July 2018.

Nylander, another forward, sat out the first two months of last season before putting pen to paper on a deal in December that carries a salary-cap hit close to $7 million over the next five seasons.

Marner, who's reportedly asking for a contract worth at least eight figures per season, wants his piece of the pie that will no doubt nudge Toronto right up against the cap when he signs.

The winger from Markham, Ont., led the Leafs with career-highs in points (94) and assists (68) in 2018-19, and also set a new personal best with 26 goals. He played most of the season on a line with Tavares, who set career-highs of his own with 47 goals and 88 points.

"That's not our main concern as players," Rielly, 25, said of his absence. "We've got to be ready for camp. We're just trying to get better.

"We'll cross that bridge when we come to it."

The Leafs head to St. John's, which was home to their primary farm team from 1991 to 2005, with plenty of new faces after a busy summer.

The club waved goodbye to a number of veterans through trade and free agency — in most cases because of the current cap crunch — including forwards Nazem Kadri, Patrick Marleau and Connor Brown, as well as defencemen Jake Gardiner, Ron Hainsey and Nikita Zaitsev.

New to the team are forwards Jason Spezza and Alexander Kerfoot, and blue-liners Tyson Barrie, Cody Ceci and Ben Harpur.

"But it is what it is. It's part of the business."

Rielly said as head coach Mike Babcock enters his fifth season in charge, the veteran bench boss has done well to connect with the players on a number of levels.

"There's obviously been a lot of turnover," he said. "When you look at his body of work with the young guys, I think it's been great.

"I'm sure it can be tough to manage different personalities. I think he's done a good job, but that being said I think we've got a ways to go to achieve the ultimate goal."

Toronto entered last season with sky-high expectations among the Stanley Cup favourites only to lose in the first round of the playoffs in seven games to the Boston Bruins for a second straight April.

Even with Marner currently watching from the sidelines, not much has changed despite an Atlantic Division that got better over the summer.

The Tampa Bay Lightning will be sour after getting swept in the first round following a Presidents' Trophy-worth 129-point season, Boston made the Cup final, the Montreal Canadiens just missed the playoffs, and the Buffalo Sabres and Florida Panthers loaded up.

"You can't help but notice within the division there's been a lot of improvements," Rielly said. "If you look around the league, that's what happens. Guys want to win. Teams what to win now.

"We've got a motivated bunch. That's not an issue for us."

It'll be much less of one once Marner signs.