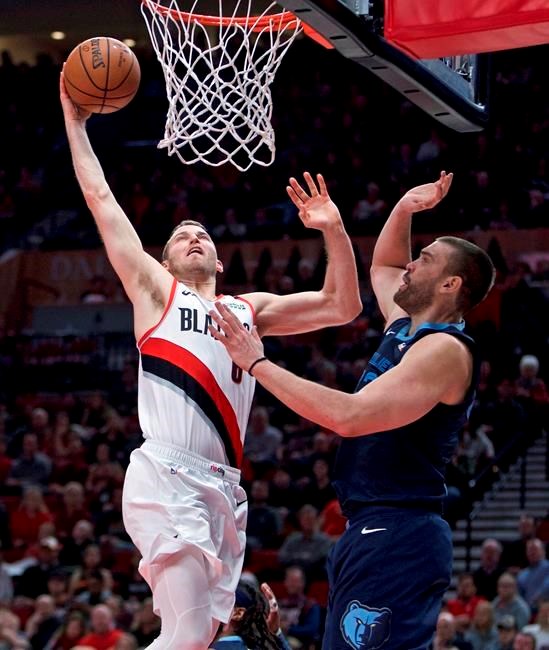 It's been a wild week for Canadian NBA player Nik Stauskas, and it might not be over yet.

A person familiar with the negotiations says Stauskas and Wade Baldwin have been traded from the Houston Rockets to the Indiana Pacers, the third time they were traded this week and second time Thursday. Reports say the Pacers plan to waive the players.

The deal was done largely to get Houston under the luxury tax threshold, according to the person who spoke Thursday to The Associated Press on condition of anonymity because it is pending league approval. ESPN first reported the trade.

Stauskas, from Mississauga, Ont., and Baldwin started the week with Portland, then were traded to Cleveland, then Houston and now Indiana.

Stauskas has now been on the roster, however briefly, of seven NBA teams since being selected eighth overall by Sacramento at the 2014 NBA draft.