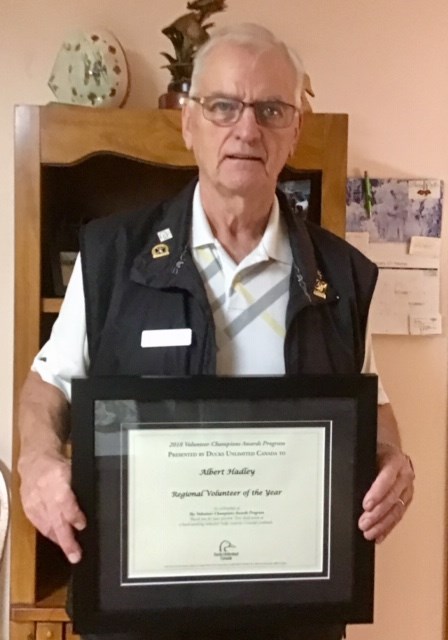 It is with sadness that the family of Albert (Bert) Victor Hadley announce his sudden passing on Wednesday, September 25, 2019, at the age of 75 after a brief battle with Cancer.

He is survived by his loving wife Linda and children Blaine, Heather and Kimberley and families.

Albert was born in Barrhead, AB and grew up on a farm near Westlock, AB. His career took him from MacGregors, to AGT, to Telus and then retirement in 1999. He and Linda then moved to Nanaimo, BC in 2008. Summers were spent at the family log cabin at Wizard Lake near Calmar, AB where many memories were made with friends and family from 1975-2007.

Bert will be remembered for his deep intellectual conversations and solving world problems, which usually involved politics or conservation. He was an active member of Ducks Unlimited Canada, chairing the Nanaimo branch. Earlier this year he received a Volunteer Award for his 34 years with Ducks Unlimited.

Bert and Linda travelled extensively. Visiting friends and family on their many trips to and from Alberta was something they tried to do as often as possible. His family and grandkids were fortunate to create some special memories with him again this summer, which they will carry with them always.

There will be a memorial service in Nanaimo BC on Wednesday, October 2.

Condolences may be left and information found at www.evergreencremationcentre.com