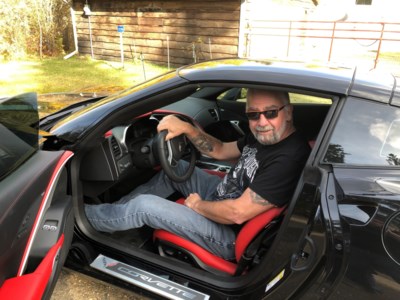 With deep sadness and pain on Wednesday, June 2, 2021 William (Bill) Edgar Cole, born August 10, 1960, passed away in his 60th year at his home in St. Albert surrounded by his loving family.

William (Bill) was born in Toronto, Ontario, where he united with his Soul Mate loving wife Sueann Isable Stasiuk in 1986.

William’s love to live life’s adventurist highway catapulted the family to leave Ontario in 2003 and settle in St. Albert, AB.

His deep rooted career with “A Team of Excellence” Manitoulin Transport Group of Companies continued to fill his love for adventure, as Regional General Manager (North HWY 60 to Central Artic Circle) where he trail blazed deeper roots of his adventures, touching many lives with his quick wit, infectious smile, & presence followed by his kind compassionate spirit he had for life.

William (Bill) was preceded in death by his father Mark Cole.

Celebration of Bill’s life will be held;

In lieu of flowers, donations can be made in William’s (Bill) memory to: