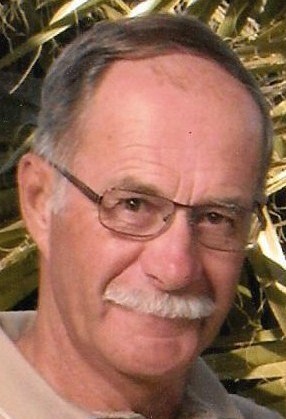 It is with a heartbreaking sense of loss and deep sadness that the family of Harmon Freethy announce his passing in the early hours of January 4, 2021 after a courageous & long struggle with cancer.

Harmon was born June 19, 1942 in Lumsden, Sask.  He was preceded in death by his grandparents, his father, Leigh Freethy; mother, Elsie Freethy.  Left to mourn his passing are his wife, partner and best friend Roberta, his 2 sons that he was so very proud of Rob (very special daughter-in-law Michelle) and Dwight and beloved grandchildren, Leigh and Sarah.  Harmon was raised on a farm near Tregarva, SK then moved to Lumsden where his mom and dad ran a family business.  In 1964 he married his high school sweetheart, Roberta, and they moved to Regina where their 2 sons were born.  His employer transferred him to Edmonton in 1968 and the family lived in St. Albert, AB until 2003 when he and Roberta built a new house and moved to Morinville.  He worked at Frontier Honda for 25 years as a service manager and later as a project manager until he retired in 2005.  Harmon, Roberta and their sons enjoyed many years spent at their Long Island Lake property.  After retiring he and Roberta thoroughly enjoyed spending the harsh Alberta winters at their home in Mesa, Arizona where they had many, many friends.

At Harmon’s request there will be no funeral or memorial service - just a family gathering to celebrate his life and to send him on his way into the warm and loving arms of all his family and friends who have gone before him including his precious little pup Cayenne.  He will be truly missed but will remain forever in our hearts.  The family would like to acknowledge and thank the Morinville Home Care team under the kind leadership of Leanne H. & Amanda S. for their compassionate care of Harmon during the many months of his illness until he passed.  Flowers gratefully declined.  Anyone wishing to make a donation in his memory may do so to the AB Cancer Foundation-www.albertacancer.ca/donate, Morinville Home Care 10008-107 Street, Morinville, AB. T8R 1L3, or charity of your choice.

When tomorrow starts without me,

please try to understand, that an angel

came and called my name and took me

The angel said my place was ready, in heaven far above,

and that I’d have to leave behind all those I dearly love.

But when I walked through Heaven’s Gates, I felt so much at home, for God looked down, smiled at me and told me “Welcome Home”.

So, when tomorrow starts without me, don’t think we’re far apart, for

every time you think of me, I’m right there in your heart.