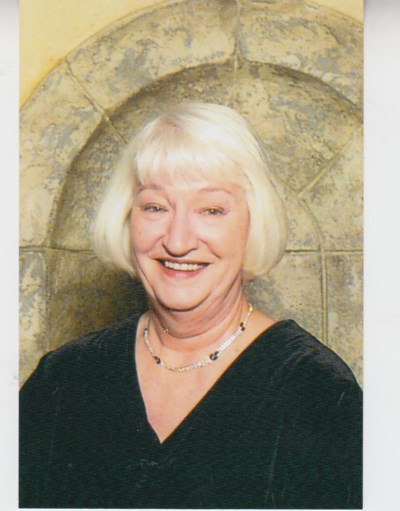 Pat Murray was born, raised and first married in Edmonton. She moved with her young family up to the Kikino Metis Settlement for 2 years, where she and her husband Barry Jaeger worked on the last two years of the Alberta New Start Program. At the end of the program, she and the family moved to Lac La Biche where they lived for five years.

At the urging of a friend, Pat and Barry moved to Fort McMurray, where Pat lived for the next 35 years. Here, Pat worked at a number of jobs, including managing a confectionary and working as a financial advisor at a bank. She lived briefly in Red Deer where she obtained a realtor’s license. Back in Fort McMurray Pat worked for Northward for several years and then started her own business, Tridon Communications.

While living in Fort McMurray, Pat lost Barry and son, Jimmy when the small plane they were taking on a hunting trip crashed.

Pat married Zeke Boersma in 1990. Together the expanded her business across all of Northern Alberta. Zeke passed away in 1995. Pat continued Tridon until she sold it to her employees in 2000. Pat worked hard to be a good member of the community. She supported Suzanne’s hockey team, the Legion, the Fort McMurray Rotary Club and sat on the boards of the Legion, Social Services and the Fort McMurray Hospital Foundation.

Pat met Gino in 1999 and they soon realized they were soulmates. She moved to St. Albert. Pat and Gino attended countless social events, traveled the world and eventually made a home together. They loved their two homes-away-from home in Puerto Vallarta and on the Kootenay and enjoyed visiting Jamie, Vaughn and great-grandsons, Payton and Declan in Fort McMurray. They mourned together the loss of Suzanne in 2010. Pat and Gino shared a deep interest in giving to the community including Autism Association of Edmonton and Area, Employabilities and the Glenrose Foundation. Pat became a second mother to Gino’s daughters and was “Grandma Pat” to the Ferri grandchildren.

In lieu of flowers, Memorial Donations may be made to a charity of one’s choice.

Thank you to the staff at the University Hospital, Bayshore Home Health and the Youville Home, especially to Rebecca Colborne.