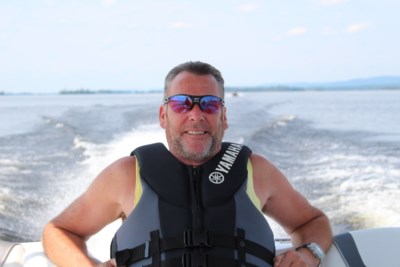 It is with great sadness and a deep sense of loss that the Schilf family announces the passing of Roger William Walter Schilf on September 25th, 2020 at the age of 63. Roger was surrounded by his loving family who held him close, hearts full, until he could take hold of the comforting, loving hands of his father, Horst and his sister, Anne who both preceded him but who have waited patiently to bring him home.

Roger was given the amazing gift of life and he led an exceptional existence. After being diagnosed in 2018 with Mesothelioma, although difficult sometimes, Roger made the choice to focus on all the wonderful aspects of his life that made him who he was - a loving husband, devoted father and Opa, a cherished friend and an incredibly talented Architect who was highly regarded by his colleagues. Roger felt strongly that loving relationships with his beloved family and friends along with his dedication to all aspects of his professional career, created a full, rewarding and successful life.

Roger has his wife Melissa, his daughters Riley (Michael) and Avery; as well as his beautiful grandchildren Sawyer and Parker, to carry on in his absence with the same strength and abundant love for one another that they had for him. Roger knows they will also find comfort, joy, and peace through remembering the countless memories of his legacy.

Roger’s love for his father Horst, his mother Helga, his sister Janette (Jim), his brother Robert (Alana) and sister Anne (Fern) was also unending. His mother and his siblings along with their families will hold Roger in a special place in their hearts forever, never forgetting how his life enhanced each of their own.

*A most sincere thanks to the excellent medical teams that have worked with our family over the last years to ensure that Roger always received the highest quality of medical expertise. Their genuine care for Roger and our family provided us with realistic options, dignity, respect and to continue living life as unaffected and on our terms as much as possible.

We will never be able to forget Roger because he gave all who had the privilege to know him so much to remember.