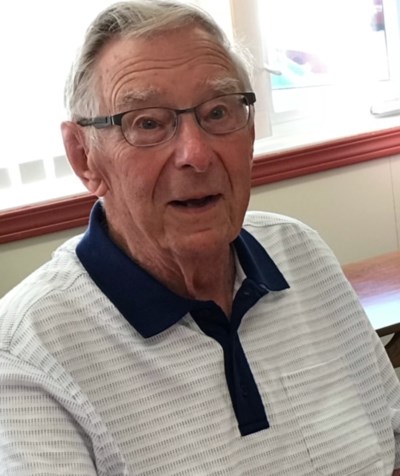 It is with great sadness that we announce the sudden passing of Raymond Wright on April 14, 2021. Ray was born in Beachville, Ontario on June 11, 1933.

Ray was a quiet, gentle man. He will be mourned by his wife Laureen, sons Gary and Alan and step children Blair, Lisa  and Allison, his 6 grandchildren and four step grandchildren.

Ray grew up in Ontario. After he graduated with an electrical engineer degree, he joined the University of Waterloo as a laboratory director and there he remained for 30 years until retirement. His hobbies were wood carving, carpentry and painting.

Shortly after he relocated to Alberta, he met and married his second wife Laureen and was warmly welcomed into her family. From there they enjoyed extensive travel throughout the world. Ray and Laureen also loved hiking in the Rockies and cycling all over Canada. Later, they discovered volunteering at St. Albert Botanical Park which brought them both satisfaction and new friendships. They spent many happy years working at the park.

If Covid 19 permits, a celebration of life will be planned during the summer.

Donations may be made to St. Albert Botanical Park or to Prostate Cancer on Ray’s behalf.