"What are we to assume that the province is contemplating under the dome at the Legislature? Will fewer municipalities mean reduced provincial costs?"
Nov 11, 2020 1:00 PM By: Nolan Crouse 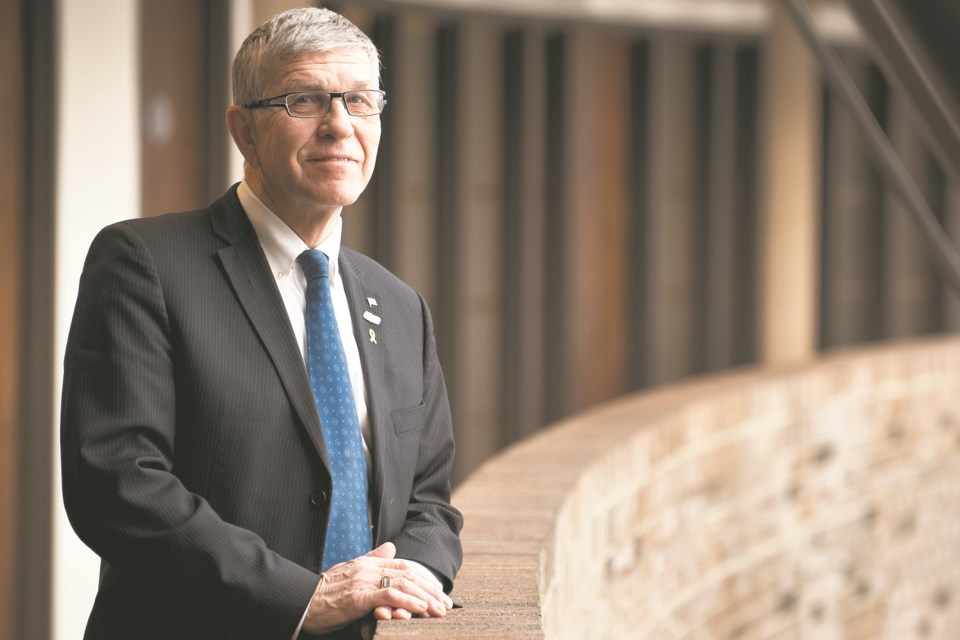 Former St. Albert mayor Nolan Crouse. DAN RIEDLHUBER/St. Albert Gazette
In September 2020, the Minister of Seniors and Housing issued a directive to the more than 100 housing management bodies to explore opportunities to increase efficiencies that “may include amalgamating some housing management bodies”. In other words, the province is telling the 107 management bodies in Alberta to reduce the number of housing organizations by 40 over the next four years. While this may not be surprising to some, it continues to demonstrate that the trend to fewer public sector entities is being encouraged. Why? The answer appears to be less provincial spending requirements, which would supposedly be achieved by less provincial overhead.

In related news, the Towns of Turner Valley and Black Diamond are openly negotiating amalgamation. The Village of Caroline, Town of Rocky Mountain House and Clearwater County are assessing amalgamation. The Town of Fairview and MD of Fairview are in the midst of an amalgamation review. Additionally, there are seven municipalities undergoing or that have undertaken a review in 2020 of their future viability: namely, Ferintosh, Manning, Bawlf, Cereal, Dewberry, Hythe and Wabamun. The Flagstaff region recently underwent a study of eight municipalities reviewing an amalgamated solution. In that study, not all municipal councils could agree on that plan, so the status quo remains for the time being.

These trends of increased regionalism will continue as provincial and federal governments download more and more responsibilities onto local bodies to address what the province cannot. Without funds to do so, the smaller housing organizations and smallest municipalities will have little choice but to find ways to reduce costs (or throw the keys in).

In 2000, Ontario went from 850 to 444 municipalities and in 2016 in Manitoba went from 197 to 137 municipalities. Both of these examples were cases of the provinces handing a playbook to the municipalities, telling them “less is more”. The recent letter from the Alberta Minister of Seniors and Housing ordering a reduction of housing bodies is a signal that there may be even more to come when it comes to downsizing the public sector in Alberta.

Now, we should also not assume “bigger is better” when it comes to combining public services. The Montreal-area and Toronto-area amalgamations have proven to be cost disasters as these mega-governments are not nimble by any means, as costs have risen. Edmonton attempted annexations in 1979 of Sherwood Park and St. Albert and fortunately those did not proceed like the annexations of Jasper Place and Beverly 2 did decades earlier.

What are we to assume that the province is contemplating under the dome at the Legislature? Will fewer municipalities mean reduced provincial costs? Will downloading onto municipalities mean more towns, villages and summer villages are no longer viable? There may even be small counties that are no longer viable. The province is also making changes that will affect municipal policing costs and tax revenue collection due to assessment changes. These changes erode the viability of the smallest and poorest counties, towns and villages. If the province sweetened the pot with incentives, it may happen quicker and perhaps more voluntarily than it is occurring today.

So, the Minister of Seniors and Housing has given the directive. Municipal Affairs may soon follow. One wonders if police forces are next in some fashion. Elected leaders around Alberta need to take heed and heading into a 2021 municipal election year, many election platforms will likely be taking positions on these very divisive topics.