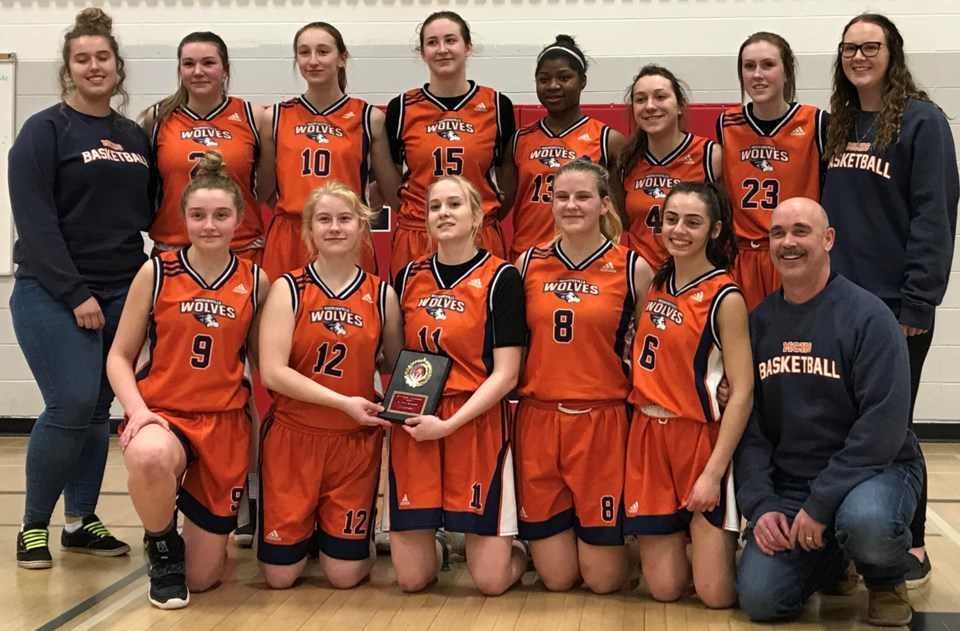 The next playoff game for the St. Albert Skyhawks is today’s semifinal in the metro Edmonton division one women’s league.

Tipoff is 5 p.m. against the Strathcona Lords (7-5) at the SkyDome.

The Skyhawks (12-0) are 29-1 overall as winners of 23 straight league and tournament games after splattering the St. Francis Xavier Rams 104-43 in Monday’s quarter-final at St. Albert

In the 4A provincial rankings, the Skyhawks are No. 1, the Rebels are No. 4 and Salisbury is No. 9.

The Skyhawks are the defending 4A champions and winners of the last two division one finals against the Rebels.

The Rams and O’Leary Spartans (6-6) are also competing in the provincial qualifier.

The Bellerose Bulldogs are in Sherwood Park tonight to play the Strathcona Christian Academy Eagles in the metro Edmonton division two women’s semifinal.

In league play, the Eagles defeated the Bulldogs 59-47 Feb. 5 at Sherwood Park.

Monday’s playoff result for the Bulldogs was 67-45 against the Ross Sheppard Thunderbirds (6-6) at Bellerose.

Meanwhile, the Sturgeon Spirits (5-7) lost Monday's quarter-final 71-69 to the Eagles in Sherwood Park.

The Spirits are hosting the 3A provincials March 19 to 21.

In the 3A rankings, the Eagles are ninth and the Spirits are an honourable mention.

The Morinville Wolves are the team to beat in the North Central zone provincial qualifier as the two-time defending champions.

The Wolves are 18-8 overall as the No. 1 seed after winning the Westlock tournament last weekend.

Westlock is also hosting North Central zones March 13-14 and the winner advances to the 3A provincial tournament March 19 to 21 at Sturgeon Composite High School.

The Wolves are chasing their first North Central three-peat since 2014-16 and were three-time champions in 2009-11.

The Wolves have also been the North Central rep at 3A provincials as a zone champion or wild card team nine of the past 11 years and last year were the provincial consolation champions.

At the Westlock tournament, the No. 6-ranked 3A team in the province downed the No. 3-ranked 1A Parkland Immanuel Christian Penguins 57-41 in Saturday’s final.

The Penguins, 10-2 in the metro Edmonton division three league, battled back from a 22-point deficit in the third quarter to close the gap, but the Wolves' defence stepped it up to preserve team’s first tournament title of the season.

The semifinal was 63-47 against the Assumption Crusaders of Cold Lake as Abby Davey led the way with 15 points and 15 rebounds.

The tournament opener was 79-50 against the Barrhead Gryphons with Leanne VanBrabant a force offensively with 12 points while contributing mightily on defence.