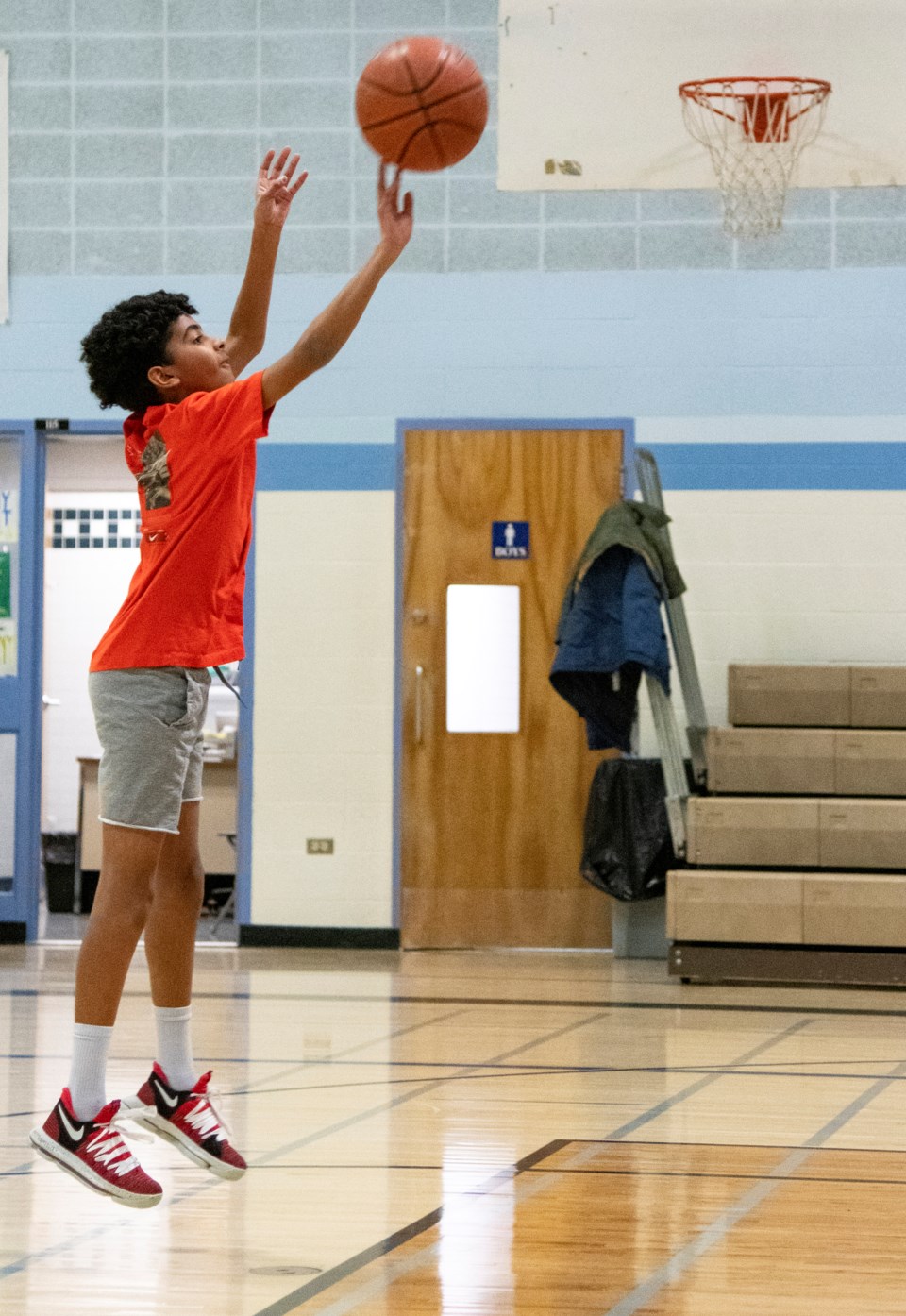 SHOOTING FOR THE HOOP – Caleb Michale made 12 out of 15 free throws as the winner of the 14-year-old division at the St. Albert qualifier for the Knights of Columbus Basketball Free Throw Championships. Sunday's event at Ecole Secondaire Sainte Marguerite d'Youville was sponsored by Brother Anthony Council of St. Albert and featured 12 participants in five divisions for berths at the March 15 regional championships at St. Joseph High School. BRUCE EDWARDS/St. Albert Gazette

Last weekend in Stettler marked the fourth tournament victory of the season for the Morinville Wolves.

The No. 6-ranked 3A men’s basketball team in the province was the heavy favourite against unfamiliar teams and the scores reflected the competition gap.

The fifth final in seven tournaments was 111-69 against St. Paul.

The first game was 81-38 against the No. 3-ranked 1A team from Ryley as Foisy’s 16 points and six assists and Christensen’s 15 points and seven rebounds did the most damage.

On tap next for the 17-4 Wolves is the North Central zone provincial qualifier March 13-14 in Athabasca.

Youth hoopsters gave it their best shot at the St. Albert qualifier for the Knights of Columbus Basketball Free Throw Championships.

The competition was sponsored by Brother Anthony Council of St. Albert.

The Morinville Wolves knocked off one of the top 3A women’s basketball teams in the province at the Wetaskiwin tournament last weekend.

The Wolves, ranked sixth in 3A, played a tough defensive game in beating No. 4-ranked W.R. Myers Rebels of Taber 50-40 in the opening game.

The Wolves were plagued by fouls in the rough and tumble contest and rarely made it to the free throw line.

The third-place game was against the No. 1-ranked 3A McCoy Colts of Medicine Hat and a 24-11 halftime lead turned into a 48-44 loss.

The Wolves left a bunch of points on the floor in the first half despite the 13-point advantage and in the second half the Colts busted loose with an 18-3 run to grab control of the contest.

The fourth quarter was closely fought, but the Wolves were unable to regain the momentum.

Nadi Cater was a spark plug defensively off the bench while chipping in with six points.

The Wolves are in Westlock this weekend to close out the tournament schedule.

Westlock is also hosting the North Central zone provincial qualifier March 13-14 and the Wolves are the two-time defending champions.

Last year’s 3A provincial consolation champions are 13-8 this season.