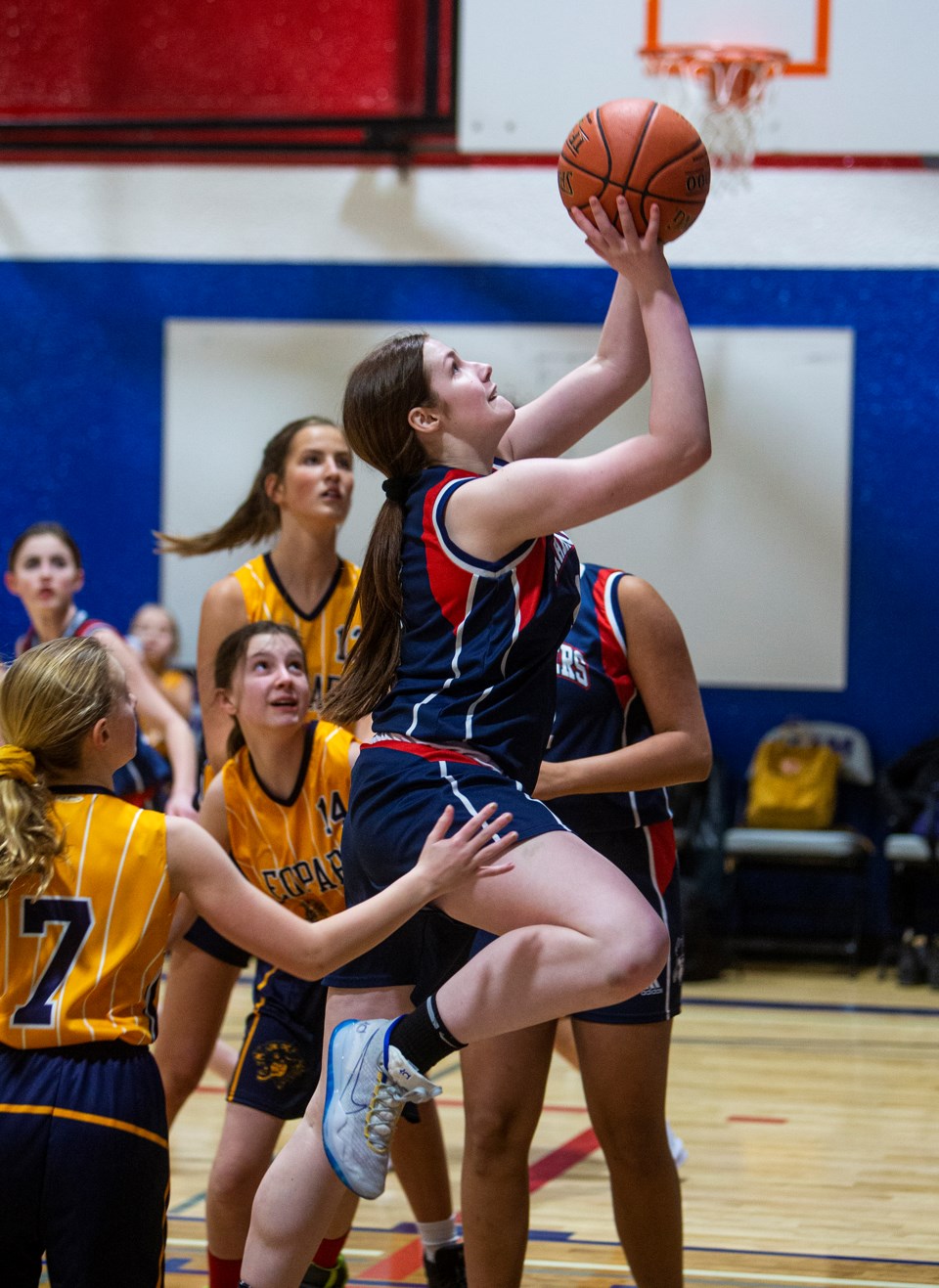 Friday the Blues played O’Leary and the second game was against Shep or Bowness. Scores were unavailable at press time.

In the metro Edmonton division one league, the Blues are 1-2 after Wednesday’s 54-38 loss to the Salisbury Sabres (4-1) in Sherwood Park.

Two days early, the Sabres fell 105-40 to the visiting St. Albert Skyhawks (5-0), the 2019 4A provincial gold medallists and two-time division one champions.

Monday the Blues are the visiting team against the Leduc Tigers (2-3) at 5 p.m.

The next division two men’s game for the Blues is 5:30 p.m. Monday against the Archbishop Jordan Scots (3-2) at Paul Kane.

The Blues are 4-1 in league play and 8-7 overall after Wednesday’s 67-62 loss to the Strathcona Christian Academy Eagles (5-0) in Sherwood Park.

The third tournament of the season for the Blues is this weekend in Leduc.

The games of the week in the St. Albert Physical Education Council junior high league are between the Lorne Akins Gators and Richard S. Fowler Falcons in Tuesday’s doubleheader.

The Falcons are defending Tier I city champions and the scores in last year’s finals were 44-37 against Lorne Akins as the boys repeated and 73-49 against the Vincent J. Maloney Marauders as the girls finished undefeated for the second year in a row while winning a third connective SAPEC banner.

The second tournament of the season for the Bellerose Bulldogs is this weekend in Leduc.

The opening game in the nine-team women's draw was against Lacombe on Friday and the score was unavailable at press time.

The last metro Edmonton division two league game for Bellerose (5-0) before the exam break is Monday against the Memorial Marauders (0-5) at 5 p.m. in Stony Plain.

Bellerose, last year’s division three champion, started off the season with eight victories in a row in league and tournament action.