Matthew Savoie coverage at the U17 worlds headlines Rinkside Report
Nov 13, 2019 6:30 AM By: Jeff Hansen 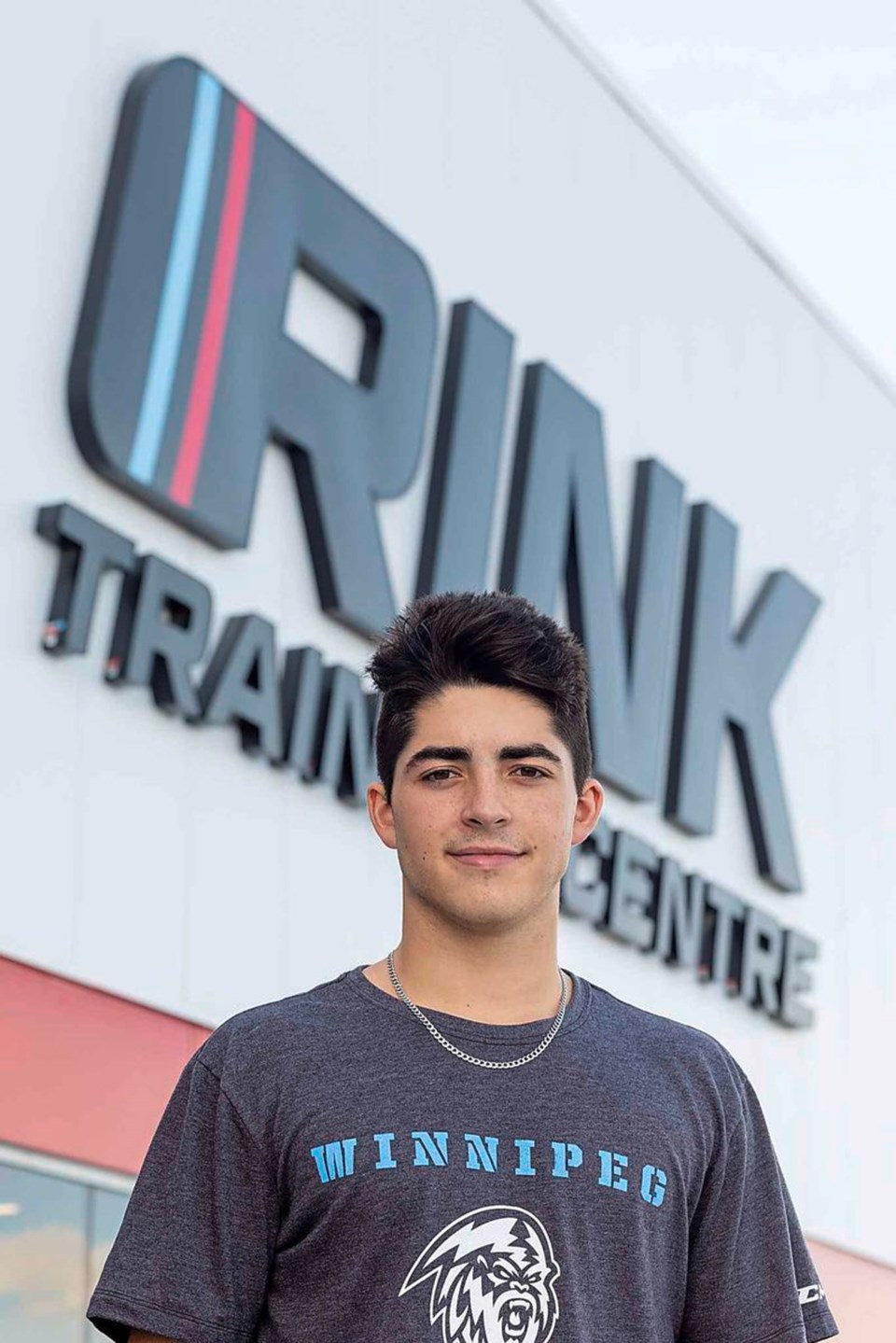 RISING STAR – Matthew Savoie of St. Albert recorded one goal and five assists in six games with Canada White as an underage player at the World U17 Hockey Challenge. Savoie, 15, was the No. 1 selection in the Western Hockey League bantam draft by the Winnipeg ICE and is playing for the Winnipeg-based Rink Hockey Academy's prep team in the Canadian Sport School Hockey League. SASHA SEFTER/Winnipeg Free Press

Savoie’s first goal of the tournament with Canada White tied Saturday’s bronze medal match at two on a power play with 2:22 remaining in regulation time against the Czech Republic in Medicine Hat.

The Czechs went on to score the 3-2 winner with 14.4 seconds left overtime.

Savoie, 15, was one of 66 players chosen to represent Canada on three teams at the U17 worlds. They were among 112 invitees at the national U17 development camp in July as part of the first step in Hockey Canada’s Program of Excellence.

The top scorer at the U17 worlds was Chaz Lucius, 16, of the United States with seven goals and 10 points in six games for the silver medallists.

Savoie and Wright are projected to be among the top picks in the 2022 NHL Entry Draft.

Savoie was the No. 1 selection in the 2019 Western Hockey League bantam draft by the Winnipeg ICE and as an affiliate this season recorded one assist in five games with the relocated Kootenay franchise from Cranbrook, B.C.

Savoie is playing for the Winnipeg-based Rink Hockey Academy of the Canadian Sport School Hockey League and in seven games compiled seven goals and 20 points with the prep team.

Last season with the Northern Alberta Xtreme’s midget prep team in the CSSHL, Savoie produced 31 goals and 71 points in 31 games and was named the most valuable player in the midget prep division playing one year above his age group.

Savoie also posted six goals and 13 points in six games with U16 Team Alberta at the 2019 Canada Winter Games in Red Deer.

A shorthand St. Albert Slash squad continued to pile up the wins in the Alberta Female Hockey League

Victories of 3-1 against the Edmonton Pandas in St. Albert and 2-1 against the Rocky Mountain Raiders in Dewinton last weekend made it four in a row by the Slash (11-0) without five players with Team Alberta at the U18 nationals.

Jaidia Pisani’s power-play marker broke a 1-1 deadlock in the third period against the Pandas and captain Alli Reich’s second goal of the night was deposited into an empty net.

Mabel Maltais faced 14 shots while the Slash were credited with 23.

Kelsey Hall and Cassidy Rhodes scored as the Slash finished with 27 shots.

The next game for three-time defending Esso Cup midget AAA national champions is Saturday against the Calgary Fire (6-4) at 11:45 a.m. at Father David Bauer Arena.

Returning to the Slash lineup are netminder Holly Borrett, defenceman Dayle Ross and forwards’ Jaden Bogden, Natalie Kieser and Brooklyn Schroeder after Alberta finished sixth at the U18 nationals in Morden and Winkler, Man.

Bogden led Alberta (1-3) in scoring with three goals and four points and Schroeder, an assistant captain, tallied once.

The St. Albert Nektar Raiders put the season’s only loss behind them in Sunday’s 2-1 road win against the Grande Peace Storm.

The Raiders (9-1-2) and Storm (8-3) are the top north division teams in the Alberta Midget AAA Hockey League.

Mathieu Gautier’s second goal of the game made it 2-0 on the power play with 7:30 to play.

The result was also the sixth one-goal game for the Raiders, including the 2-1 loss to the Sherwood Park Kings (4-4-3) last Wednesday in St. Albert.

Upcoming for the Raiders is the Canadian Athletic Club (4-6-2) Saturday at 8 p.m. at Jarome Iginla Arena.

The St. Albert Steel fell from the undefeated ranks in the Northern Alberta Midget AA Hockey League with a pair of losses against division opponents last weekend.

The winners of seven straight lost 3-2 to the Sherwood Park Oilers despite outshooting the visitors 42-33 in St. Albert and 2-0 to the host Leduc Roughnecks.

The score was knotted at two with Sean Mitchell and Joshua Cyr netting goals when the Oilers (7-3-1) struck on the power play with 7:51 left in the middle frame.

Meanwhile, Saturday’s game between the Source for Sports Crusaders (8-0-1) and Lloydminster Blazers (3-5) in St. Albert was postponed because of travel conditions.

The next game for the Playoff Cup champions the last two years is Tuesday versus the Oilers at 8:30 p.m. at Mark Messier Arena.

Saturday’s home contest for the St. Albert Flyers against the CNHA Blazers starts at 5:30 p.m. at Jarome Iginla Arena.

The midget 15 Flyers (5-4-4) are tied for fifth in the north standings and the Blazers (2-8-1) share the basement in the south division.

Dylan Stevenson connected on the power play in the last minute of the third period.