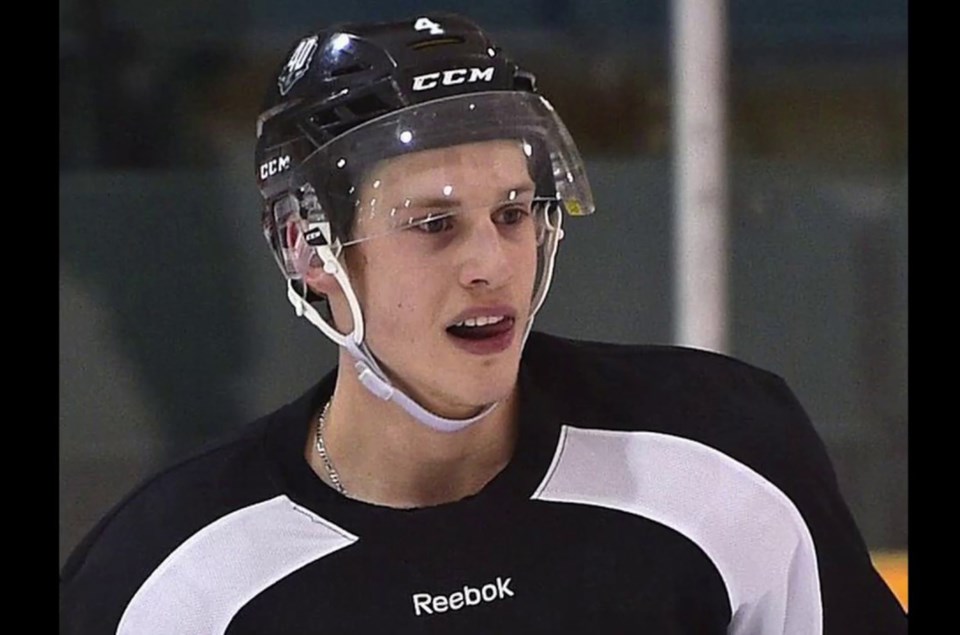 TOP DEFENCEMAN – Michael Benning of St. Albert is the Alberta Junior Hockey League's defenceman of the year. Benning, 18, finished 13th in the AJHL scoring race after leading all defencemen in points (75) and assists (65) in his second year with the Sherwood Park Crusaders, the No. 1-ranked team in the Canadian Junior Hockey League. Benning's assist total tied for third highest in a season for defencemen. In the NHL Central Scouting mid-term rankings, Benning was slotted 60th. EDMONTON SUN photo

Michael Benning of St. Albert is this year’s recipient of the W.G. (Bill) Scott Memorial Trophy as the Alberta Junior Hockey League’s most outstanding defenceman.

The second-year Sherwood Park Crusader led all AJHL defenceman in points (75) and assists (63) while finishing 13th overall in the league scoring race.

Benning, 18, enters the AJHL record book tied for the third-most assists in a season with Mike Heidt of the 1980-81 Calgary Canucks.

Benning was slotted 60th in the NHL Central Scouting mid-term rankings and was selected to play in the 2020 Canadian Junior Hockey League Prospects Game in January.

Last year, Benning was a member of Team Canada West at the World Junior A Challenge and the Junior Club World Cup in Russia.

The St. Albert Raiders Hockey Club product is committed to the University of Denver Pioneers.

The Crusaders finished No. 1 in the final CJHL top-20 rankings with a record of 49-9 in the regular season.

The CJHL consists of 131 teams in 10 member leagues.

Left-wingers Carter Savoie and Blake Sydlowski of St. Albert and centre Tanner Fincaryk of Calahoo also played for the Crusaders.

Savoie, the highest-listed CJHL player at 52nd in the Central Scouting rankings, sniped an AJHL-best 53 goals in 54 games as the second-highest scorer with 99 points.

The 2019 CJHL and AJHL rookie of the year is also committed to the Denver Pioneers.

On March 13, the CJHL cancelled the remainder of the 2019-20 season after Hockey Canada's decision to cancel all its sanctioned activates, including national championships, due to the COVID-19 pandemic.

St. Albert Slash graduate Madison Willan of the Alberta Pandas is the 2020 U SPORTS women’s hockey rookie of the year.

Willan, 18, produced 25 points in 28 games to lead all Canada West rookies as the third-highest scorer in league play.

Willan also finished third on the Pandas in points and goals (11) while tying for 10th nationally in points.

The member of the Canadian women’s baseball team is a three-time Esso Cup midget AAA national champion with the Slash and in the Alberta Female Hockey League was named the 2017 rookie of the year and 2019 most valuable player.

Another former Slash player, Tyra Meropoulis, was named the U SPORTS women’s hockey player of the year.

The second-year forward with the St. Francis Xavier University X-Women led the nation in goals (26) and points (37).

With the Slash, Meropoulis scored the overtime winner in the 2017 Esso Cup gold-medal game against Harfangs du Triolet of Sherbrooke, Que.

At the U SPORTS nationals last weekend, the Pandas (24-8) were seeded first overall as Canada West champions, but Hockey Canada’s decision to cancel all of its sanctioned activities due to the COVID-19 pandemic forced the cancellation of the tournament. 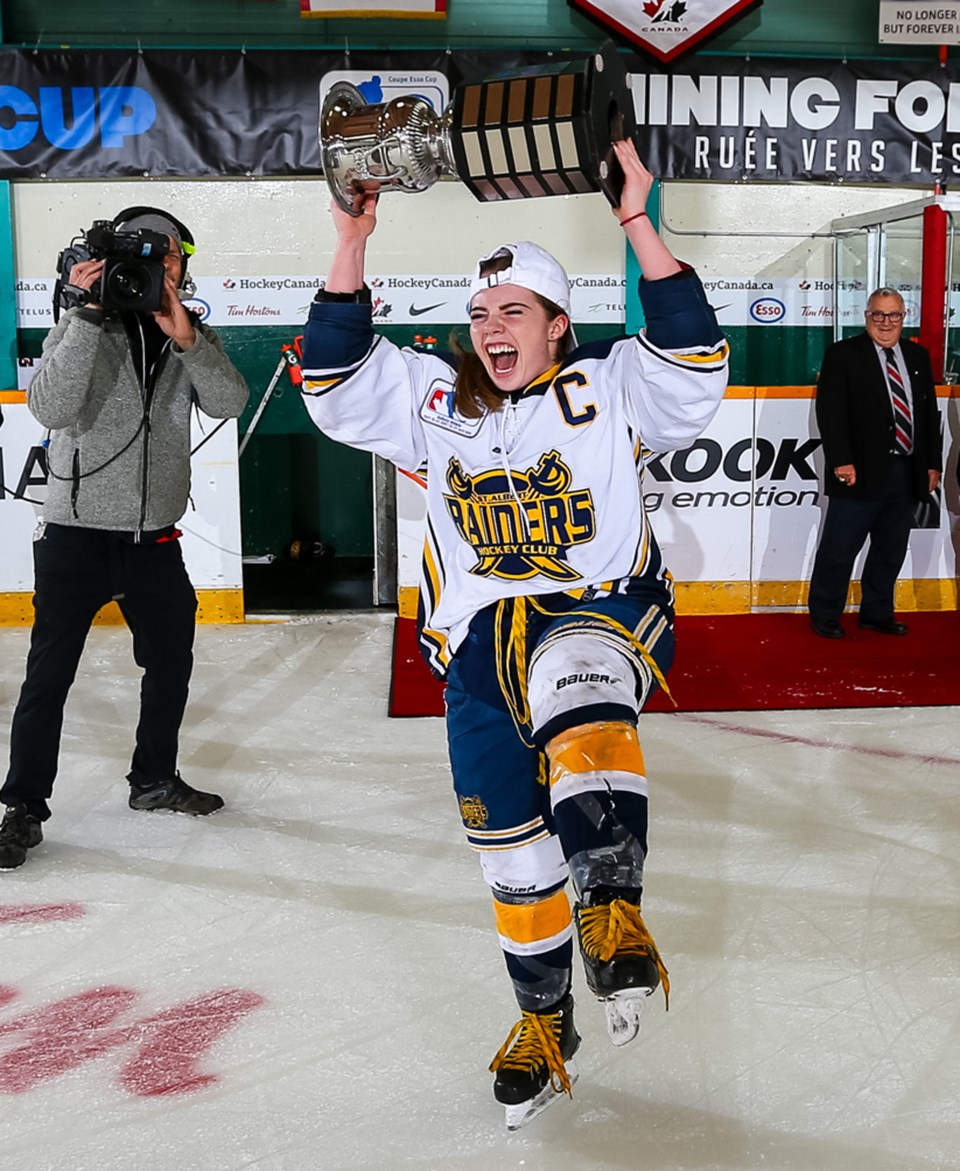 BLAST FROM THE PAST – Madison Willan hoists the Esso Cup in celebration after the St. Albert Slash beat the host Sudbury Wolves 4-1 in the 2019 gold-medal game to three-peat at the national midget AAA championship. Willan's overtime winner in the 2-1 semifinal against the Saskatoon Stars lifted the Slash into the final. This season with the Alberta Pandas, Willan was honoured as the U SPORTS women's hockey rookie of the year after scoring 25 points in 28 games to lead all first-year Canada West players. Willan, 18, finished tied for 10th nationally in scoring. ALEX D'ADDESE/Hockey Canada Images