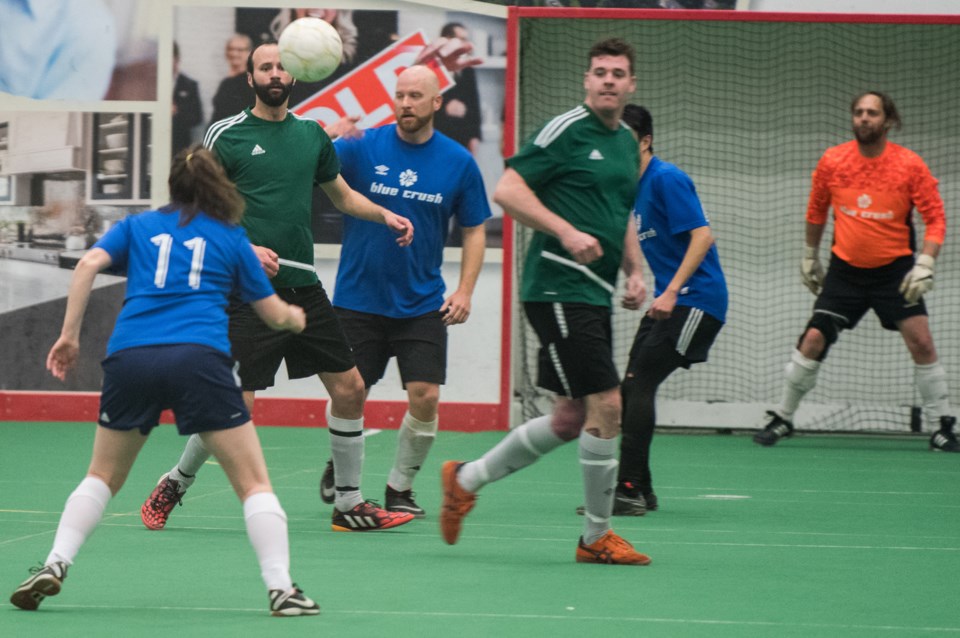 The all-stars were nominated by their coaches and then voted on by the coaches within their respective divisions and the top five from each division were selected.

The individuals will be recognized at the Metro Athletics All Star luncheon May 29.

Will Mah, Paul Kane defensive back.

Abby Marks of St. Albert continues to make her mark in curling.

Marks is the third for the Alberta Pandas’ rink skipped by Selena Sturmay that finished 8-1 at the U SPORTS nationals in Portage la Prairie, Man., as the university women’s champions.

Sunday’s 10-2 final in seven ends against the University of New Brunswick Reds was also the qualifier for the 2021 Winter Universiade Games in Lucerne, Switzerland.

The Pandas, ranked first in the eight-team draw as the Canada West champions, stole five in the second end and three in the third for the 7-0 advantage against the No. 2-ranked Reds.

The team’s record included two one-point victories and the 8-5 loss to the Queens Gaels (6-3) in the round robin and the semifinal was 8-4 against the McMaster Marauders (4-5).

Last week’s U SPORTS curling women’s and men’s championships were not affected by Thursday’s decision by Curling Canada to postpone a number of national events, including the mixed doubles and senior (50-plus) men’s and women’s championships slated for this week in Portage la Prairie because of concerns of COVID-19 pandemic.

Last year, Marks and her rinkmates won the Canadian U21 junior championship (11-0) and were silver medallists (7-4) at worlds.

This year, Marks skipped the rink of Clifford at third, Papley at second and lead Jamie Scott to victory at provincials and at nationals finished 9-5 after losing the final 10-3 in nine ends to Mackenzie Zacharias of Manitoba (11-0), the eventual world junior champion.

Marks, 20, Clifford and Scott are also among nine players selected by Curling Canada to compete at the 2021 world junior championships in Beijing, China.

The Curling Canada women’s and men’s teams for next year’s worlds consist of age-eligible players who performed at a high level this season.

The dates of the Canadian U21 championships have been shifted to later in the season, starting next year, to allow for a longer playing season for junior players.

The winners of the 2021 Canadian women’s and men’s juniors will attend worlds the following year.