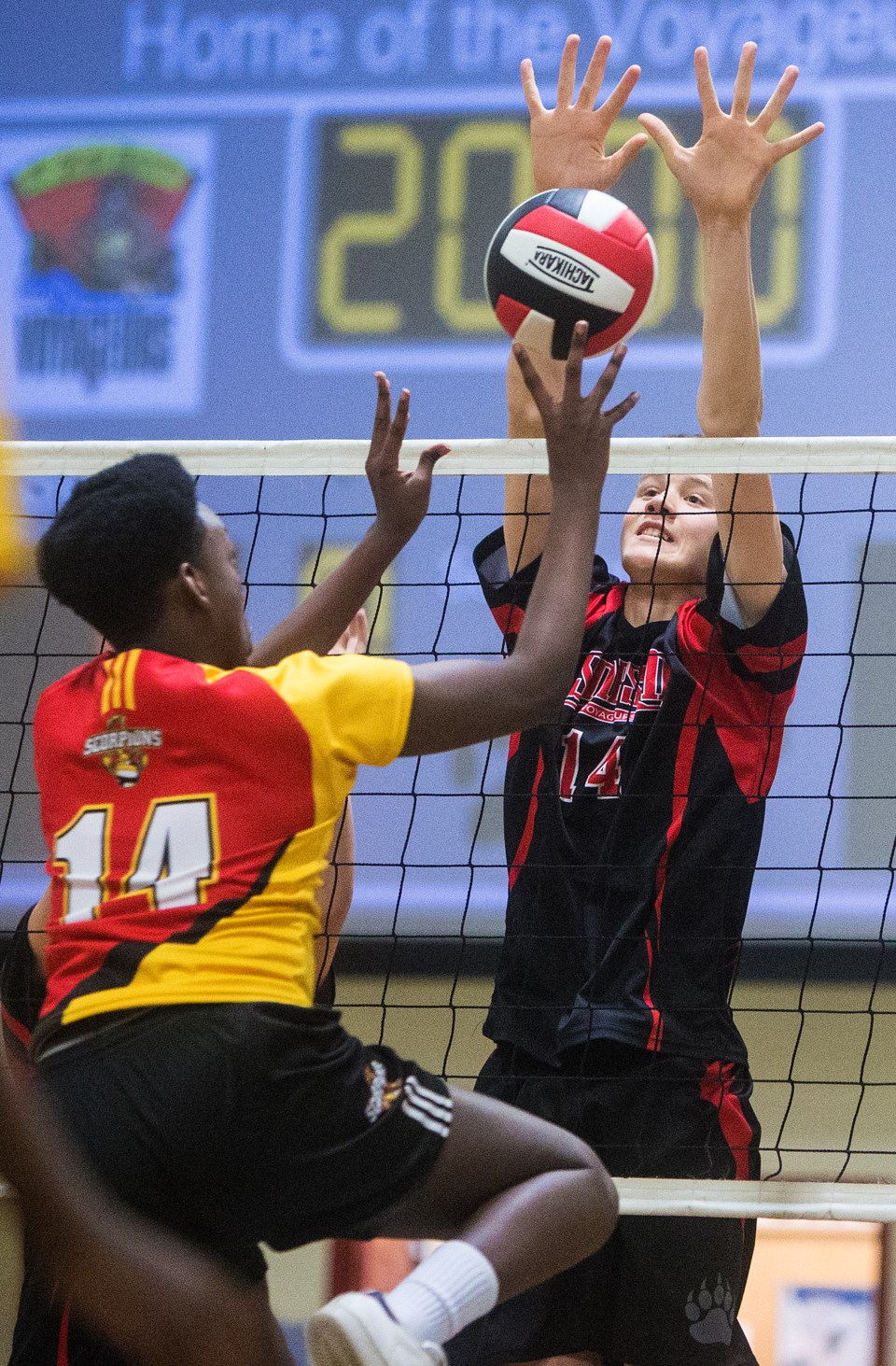 The Sabres (7-3) are first in the nitro north division and fourth overall in the 20-team AMBHL circuit after Wednesday’s 5-4 result against the Maple Leafs (1-8-1) at Jarome Iginla Arena.

Luke Roberts (4-2, 3.42) backstopped the Sabres to their second win in four games while going 5-0 on home ice.

In league scoring, Carmelo Crandell was tied for fifth place with 16 points and his eight goals led the Sabres before the two-game series with the Grande Peace Storm (5-2-3).

Crandell, Roberts, Ashton Hutchinson and Ben Belyea are returning Sabres from the 13-15-5 team that tied for third in the nitro standings and in the playoffs finished 3-2 as the division finalist.

The Paul Kane Blues still have a shot at qualifying for the Alberta Schools’ Athletic Association 4A men’s volleyball championship after league play ended in Wednesday’s semifinal.

The winner of Tuesday’s match between Paul Kane and the Archbishop Jordan Scots will join the Harry Ainlay Titans and Strathcona Lords at the Nov. 21 to 23 provincials at Jasper Place High School.

There is also the possibility that a fourth metro Edmonton division one team will qualify for provincials after the Jasper Place Rebels (2-8), the host team for the men’s draw, opted to drop out of the tournament. Last year’s Rebels were crowned league and provincial champions.

Paul Kane’s overall record is 26-11 with nine Grade 12s on the roster, including five returnees from last year’s 2-8 non-playoff team.