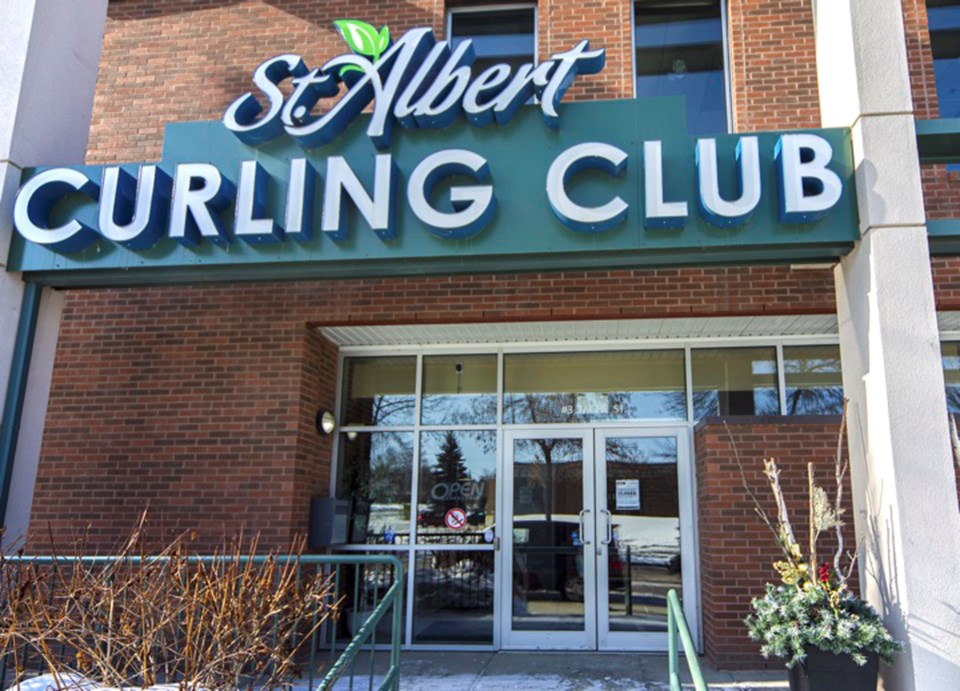 SHUTDOWN – The St. Albert Curling Club is among a number of city facilities closed by the City of St. Albert to assist in containing the spread of COVID-19. The closures will be reviewed and reassessed by St. Albert City Council on April 6. In response to the closure, the curling club is taking out the ice for the season. CHRIS COLBOURNE/St. Albert Gazette

Metro Athletics suspended all sports and activities until April 5 over the rapid spread and rising cases and concerns surrounding COVID-19.

The current sports underway or about to start, badminton and handball, will be postponed indefinitely and re-evaluated based on recommendations of Alberta public health officials and the directive of school boards.

Individual school boards will make the decision about extra-curricular activities within each school, including practices.

In an effort to contain the spread of COVID-19, the St. Albert Curling Club was one of several city facilities closed Friday

The City of St. Albert made the decision to shutdown City-owned and City-leased facilities and to cancel or postpone cultural and recreational events, programs and services.

The closures will be reviewed and reassessed by St. Albert City Council on April 6.

The decision by the city resulted in the cancellations of the Irish “Sweep” Stakes Funspiel and the Curlers & Sponsors Appreciation Night festivities Saturday, the 50-plus mixed curling season with its year-end bonspiel and dinner this week as well as the President’s and Manager's Cups in the men’s, women’s and mixed league playoffs that were to start Sunday and end March 26.

The President’s Cup winners were to represent the St. Albert club at the Edmonton and area Tournament of Champions next month at the Avonair.

The ice is currently being taken out for the season at the Tache Street rink.

The severity of COVID-19 forced Football Alberta to cancel upcoming sanctioned coaching clinics and the Senior Bowl High School All-Star Game in May.

All other programming such as selection camps for the U18 and U17 provincial teams, U16 Alberta Summer Games and 6-Man All-star events will be paused until such time as public health authorizes deem it acceptable to continue operations.

On Thursday, Alberta Health Services had also put a ban on gatherings of 250 or more to limit the spread of the coronavirus.

The suspension of practice or play of any football activity until further notice includes the Capital District Minor Football Association has suspended games, practices and meetings until the end of March when the CDMFA will reassess its course of action.

The St. Albert Minor Football Association is following the CDMFA decision with the postponement of the U16 and U19 female Valkyries' tackle practice Saturday and SAMFA flag team practice March 28 and both were scheduled for the Victoria Soccer Centre.

The CDMFA female tackle jamboree March 28 has also been affected.