Ip Man 4: The Finale... that's a tough film to dive into unless you're already wet with the water of modern and authentic Chinese kung fu movies. It does take some acclimatizing - acculturation if you will - but it has a lot of cinematic gold in it.
May 4, 2020 8:05 PM By: Scott Hayes 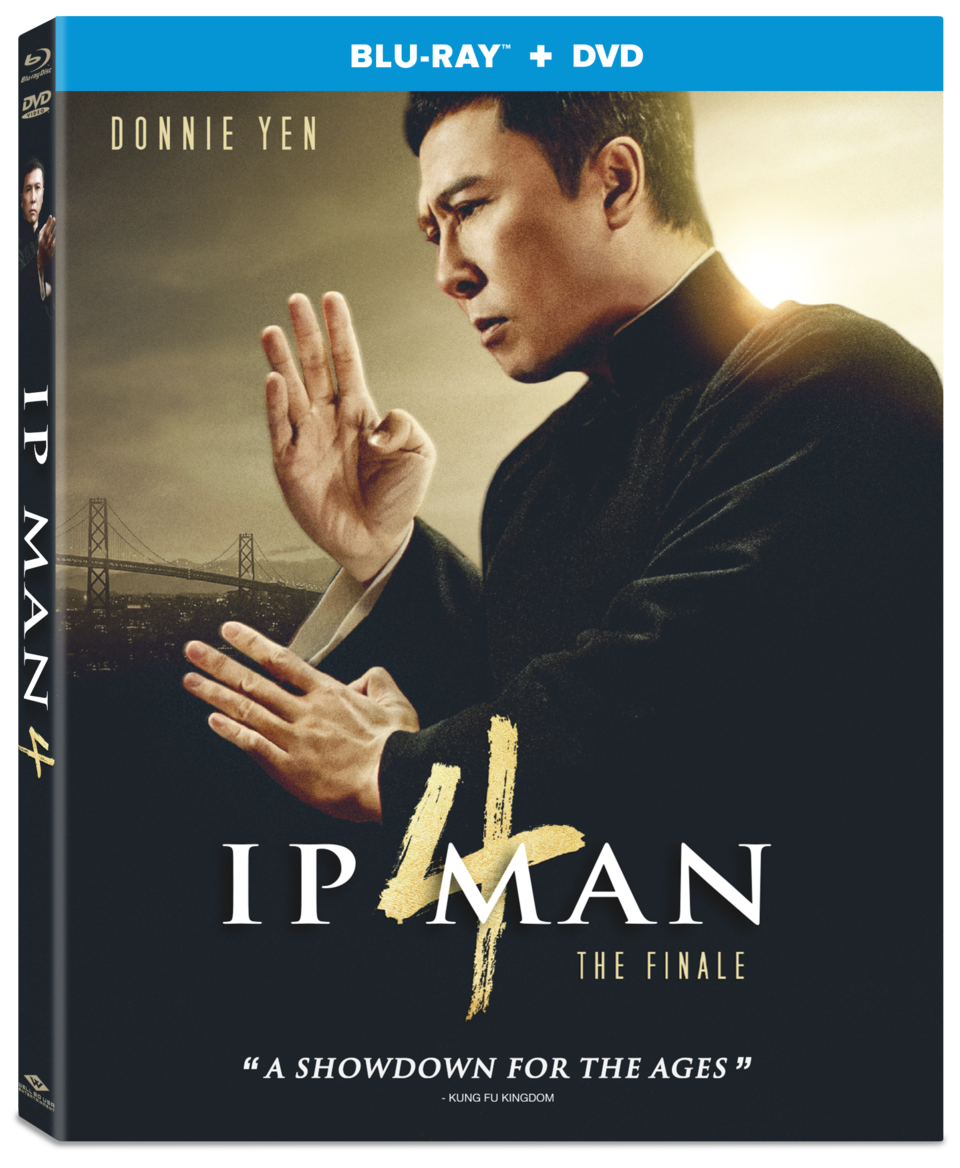 Ip Man 4: The Finale was just released, the culmination of the kung fu series that tells the semi-biographical tale of the martial arts master who taught Bruce Lee.

Consider this one both an introduction and an education. I’ve long heard of the Ip Man series and its ‘based on a real person’ foundation. Ip Man the man (sometimes known as Yip Man) was a martial artist of great renown, known as the master of Wing Chun-style kung fu. That should be enough to give him credence for a cinematic life story but he also had several high profile students who later became martial arts masters as well. Perhaps you’ve heard of Bruce Lee, his most famous student.

The film series based on Ip Man’s real life is actually a semi-biographical account, which means parts have been fictionalized for dramatic effect. This being a kung fu movie, there are several fight scenes that come across as slightly farcical. Sadly, I’m just getting into the series in time for this one – THE FINALE. As such, I’m judging it as a standalone piece against a larger story arc. I honestly would have loved to see the first three to really get into it. I hear that the whole series was also released as Ip Man: The Grandmaster 4-movie collection. Gauge your investment in Chinese martial arts action movies accordingly.

This is probably where the cultural divide exists. I admit that I have a cinematic sensibility that took some time ‘acclimatizing’ to some of the dialogue and the character portrayals. Frankly, a lot of it seemed amateurish at first. Upon much reflection, I think that there is a greater purpose to it and I have a much greater appreciation of the film because of it. Allow me to explain, but first let me tell you what the story is about.

Ip Man has terminal cancer and a son who is struggling at school. He decides to travel to America to scope out a school where his son could hopefully do better. At the same time, he gets to visit Bruce Lee during a tournament. In his efforts to enroll his son at the school, he learns that he must get a letter of recommendation from the head of the local Chinese Benevolent Association, a powerful organization in the community. They will only do so, however, if Ip talks to Bruce to dissuade him from his efforts to bring kung fu to Westerners. It is a Chinese martial art, they say. It is only for the Chinese.

Ip resists this proviso, saying that kung fu should be learned by all. Point made, but it only comes across after Bruce Lee’s studio and the CBA deal with various forms of racism primarily stemming from American martial artists, some of whom are also military. You can already see the street fights coming just from that, can’t you?

Ip Man helps the CBA out, which eases their stress about that recommendation letter. Unfortunately, it puts all of the negative attention on to Ip himself. This culminates in a big showdown against the Big Boss in the military.

Now, I watched this not realizing the Rocky nature of the storyline and the Karate Kid nature of much of the fight scenes. It’s unmistakeable. I also didn’t realize that the really awkward dialogue – especially the racist stuff – is very much like what I saw in kung fu movies of the early 1980s and earlier. These are movies that exist for the action; the rest is secondary and it shows. With the benefit of maturity and adult discernment, I see the truth behind all that now. Perhaps it’s just how these things get made, or perhaps there’s something cultural behind it.

But here’s the rub: Ip Man is very much about bridging the cultural divide. Bruce Lee as a character plays a pivotal role in the plot, just as the real Bruce Lee played a pivotal role in bringing martial arts to the West. More than half of the movie takes place in the United States, and the story focuses on whether kung fu should stay ‘Chinese only’ or if Western students should be allowed and encouraged. The movie itself ends with the fact that the U.S. Army started inviting kung fu masters into its military training in the mid-1970s, after the events of the movie take place.

This is actually a really smart story for how it accomplishes its parallel of real events with fictional (or even semi-biographical) ones. That, plus the fight scenes are really good, especially with famous action director Woo-Ping Yuen (he of Matrix, Kill Bill, and Crouching Tiger, Hidden Dragon fame… plus my personal favourite Kung Fu Hustle).

Now remember that it’s a smart story because a lot of the material that you have to get through first to appreciate it as such sure doesn’t seem that smart.