Fed's Powell faces a puzzling crisis with no simple solution 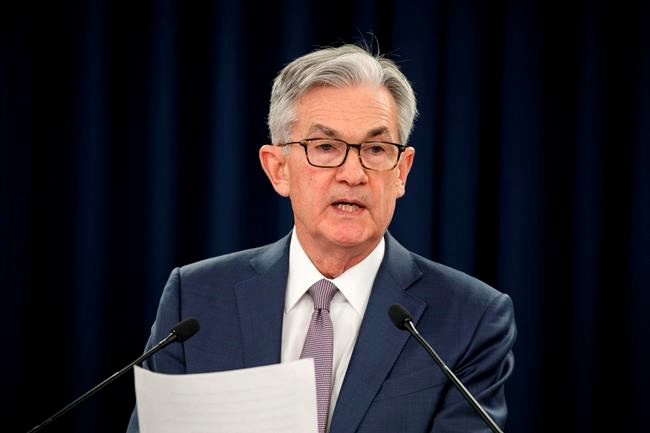 WASHINGTON — Jerome Powell is confronting his stiffest test yet as head of the Federal Reserve in an atmosphere vastly altered from what his predecessors faced. It makes an uncertain situation even more challenging.

On Tuesday, Powell announced a surprise half-point interest rate cut that shrank the Fed's key rate to a range of just 1% to 1.25%. It marked the first time the central bank has cut rates between scheduled policy meetings since the 2008 financial crisis. And it's the steepest rate cut the Fed has made since then.

The Fed's unusual move was a response to economic fears and dizzying stock market plunges that are unnervingly reminiscent of the crisis that nearly toppled the financial system in 2008. Yet the circumstances are radically different. For one thing, the uncertainty about the impact of the virus — How bad will it get? How long will it last? — makes it particularly difficult to devise a solution.

What's more, Powell has a more contentious relationship with President Donald Trump than his predecessors Ben Bernanke and Janet Yellen had with Presidents George W. Bush and Barack Obama. That threatens to make it harder to develop a unified response.

International with other central banks could also prove more elusive now because most other major industrialized economies have already slashed borrowing rates into negative territory and have limited room to .

"The unfolding nature of the coronavirus threat — both real and perceived — is not yet quantifiable,” said Mark Haefele, chief investment officer for Swiss bank UBS. That makes it hard for policymakers around the world to know if they have gone far enough in supporting their economies.

For now, the Fed chairman enjoys a stock of bipartisan goodwill on Capitol Hill that eluded Bernanke and Yellen, partly because the U.S. economy — and the job market in particular — have shown enduring strength during his first two years in office.

That could all unravel should the economy succumb to pressures resulting from the coronavirus. Most economists still say they think the U.S. economy can avoid a recession if the virus remains relatively contained. But they have been sharply cutting their forecasts for this year.

Economists at Goldman Sachs now expect growth to barely reach a 0.5% annual rate in the first half of 2020. Most analysts expect the U.S. economy to grow, at best, about 1.5% this year. That would be the weakest yearly expansion since the Great Recession ended in 2009.

The many unknowns about the impact of the virus make it particularly vexing for the Fed, economists said. Will consumers avoid sports events, movie , and other public places? Will their spending, which drives more than two-thirds of the U.S. economy, steadily weaken?

One problem for the Fed and other central banks is that there are limits to their ability to deal with the economic repercussions of the virus — from closed factories to business travel to disrupted company supply chains. Lower borrowing rates don't directly address those problems.

Such uncertainties contributed to another sharp fall in stock markets Tuesday. The Dow Jones industrial average sank 786 points, or 2.9%, after a brief surge immediately after the Fed announced its sharp rate cut Tuesday morning.

Bond yields also fell, with the yield on the 10-year note dropping below 1% for the first time in history. Investors around the world bid up bond prices — which move in the opposite direction of yields — as they sought safety from the stock market's turmoil.

A stark example of the altered world Powell is operating in came just hours after he announced the cut, when Trump sent out a characteristically critical tweet demanding that the Fed do “more easing and cutting!”

For Trump himself, the coronavirus has ignited the most serious economic challenge of his presidency — one that could peak in the midst of his re-election campaign. Trump has regularly touted the stock market's health as a barometer of the success of his economic policies.

Later Tuesday, on the White House lawn, Trump complained that Powell gave “a very bad signal” during his news conference when, according to the president's interpretation, Powell “hinted they're not going to do more.” In fact, many economists expect the Fed to cut rates at least twice more, at its next meetings in March and April.

During the 2007-2009 financial crisis and Great Recession, Presidents Bush and Obama never publicly attacked Bernanke, who worked closely with Treasury secretaries from both administrations in fashioning remedies for the financial crisis.

At his news conference, Powell said the central bank is focused on its goal of supporting the economy and added, "We’re never going to consider any political considerations whatsoever.”

Many analysts had expected that other central banks might act in concert with the Fed this week, cutting their own rates and presenting investors and businesses with a united front that might have delivered an extra boost of confidence.

Instead, the Fed is acting mostly on its own, for now. On Tuesday, Australia’s central bank said it was cutting its official rate to a record low of 0.5%. But several leading central banks, including the European Central Bank, the Bank of Japan, and Swiss National Bank, already have lowered their borrowing rates into negative territory. The ECB and BoJ are also buying bonds and other financial assets to try to jump-start their economies. They face greater opposition to further cuts.

“The Fed judged that it could not wait until the ECB in particular was ready to move,” Krishna Guha and Ernie Tedeschi, analysts at Evercore ISI, said in a research note.

The last time the Fed took action between its policy meetings, it with five other central banks. In November 2011, the six central banks agreed to make it cheaper for overseas banks to borrow in dollars.

Powell tried to strike a balanced tone at his news conference, by making it clear that the Fed was aware of the threat and stood ready to bolster the economy, while also emphasizing that U.S. economic fundamentals are sound.

“The virus and the measures that are being taken to contain it will surely weigh on economic activity both here and abroad for some time,” he said. “So, we saw a risk to the economy, and we chose to act."

Separately, members of the U.S. Congress are finalizing a $7.5 billion emergency bill to fund the government's response to the coronavirus outbreak in a rare act of bipartisan .

The legislation would speed development of a coronavirus vaccine, pay for preparedness by states and localities, help other countries fight the outbreak and seek to ensure that the vaccine is affordable when it's ready, though that could take a year.

Powell said lower rates can help keep credit flowing, particularly to struggling businesses already laden with debt that would otherwise face higher borrowing costs. And he suggested that the Fed's intervention would boost consumer and business confidence and provide “a meaningful boost to the economy.”

Across the world, business is slowing and in some places stopping altogether as a consequence of the virus. Factories in China have been struggling to grind slowly back to life. Many European vacation destinations have been all but deserted as leisure and corporate travel has diminished. And major companies around the world bracing for the risk that the economic landscape could worsen before it improves.

Earlier Tuesday, seven major economies had pledged to use “all appropriate tools" to deal with the spreading coronavirus but announced no immediate actions.

The group of major industrial countries, referred to as the G-7, said it was “ready to take actions, including fiscal measures where appropriate, to aid in the response to the virus and support the economy.”