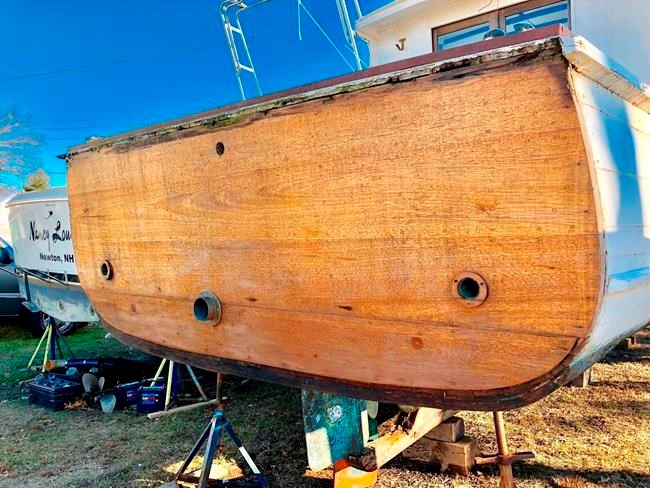 The Orca is headed back to the waters of New England, but this time, its mission isn't to hunt sharks. It's to help save them.

A group of ocean advocates and movie buffs is turning an old lobster fishing vessel into a replica of the Orca, the boat captained by the grizzled shark hunter Quint in “Jaws.” The work is taking place on Martha's Vineyard, where Steven Spielberg shot the blockbuster movie in the 1970s.

The occasion doesn't call for a bigger boat so much as one with a different purpose, said Vineyard native David Bigelow, who acquired the craft and is heading up the project. When finished, he said, Orca III will be used as an educational tool to help the public understand sharks and as a research vessel for scientists.

The project is dear to the heart of Bigelow, who appeared as an extra in “Jaws,” and to that of his drama teacher Lee Fierro, who played the mother of a shark attack victim. Reports of shark sightings on some New England beaches in recent years moved him to take on the project.

“The need to educate people about the new ecosystem we’re living in, because of climate change and the seal population, is probably our only ,” Bigelow said, sighting two possible drivers of increased shark sightings. “We have basically taken on this role where the boat is going to be used for education.”

Bigelow said that he believes the retrofitting work can be completed by this fall and that the boat can start helping people study sharks by next spring. The boat will be called Orca III because there were actually two vessels in “Jaws" — Orca and Orca II. Orca is seen in much of the film, and Orca II was a prop vessel.

Others working on the mission to bring back the Orca have a connection to “Jaws,” too. Joe Alves, production designer on the movie, is on board, as is Chris Crawford, who retrofitted a boat called Warlock into the original Orca in 1974.

The conservation group Beneath The Waves has signed on to use the new Orca on expeditions. The group's board of directors includes Wendy Benchley, widow of Peter Benchley, who wrote the 1974 novel on which the movie is based.

“The return of the Orca is a celebration for the fans of ‘Jaws,’ as well as an exciting new resource in the pursuit of a greater understanding about our oceans and the life teeming in it,” she said.