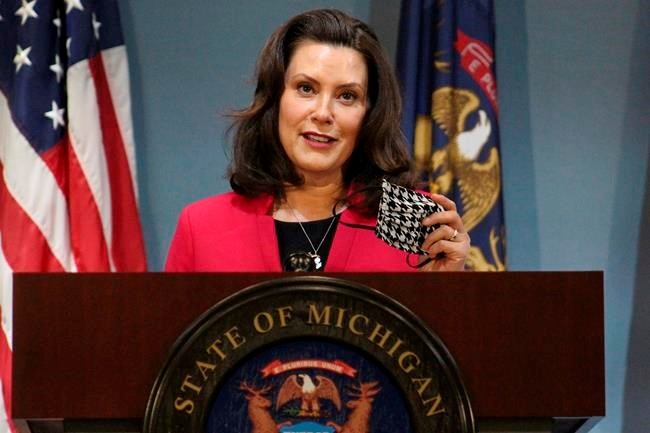 DETROIT — Gov. Gretchen Whitmer prevailed Thursday in a high-stakes challenge from Republican lawmakers who sued over her authority to declare emergencies and order sweeping restrictions during the coronavirus outbreak.

A 1945 law cited by Whitmer, a Democrat, is not limited to regional emergencies and can have no end date, said Judge Cynthia Stephens of the Court of Claims.

“It would take a particularly strained reading of the plain text of the (law) to conclude that a grant of authority to deal with a public crisis that affects all the people of this state would somehow be constrained to a certain locality,” Stephens said.

The claims are “meritless,” she said.

The lawsuit by the House and Senate grew out of frustration with Whitmer's one-size strategy to stop the spread of the coronavirus by keeping people at home statewide and shutting down businesses, even if regions far from the Detroit area were not harmed as much by the virus or COVID-19.

The Legislature did not extend Whitmer’s emergency declaration in late April but she acted anyway, covering her bases by using the '45 law and a 1976 statute.

The Legislature said Whitmer violated the '76 law, which says lawmakers get a role in emergency declarations after 28 days. Indeed, the judge said the governor can't use that law to extend emergencies without input from lawmakers. But Whitmer won the case anyway.

Stephens' decision was a third time that a Court of Claims judge ruled in the governor's . The other lawsuits were brought by residents, a business owner and a new group that has organized protests at the Capitol.

The House and Senate plan to appeal. Republican leaders took some comfort that the judge said Whitmer can't use the '76 law to unilaterally make emergency declarations.

The governor was pleased with the overall result.

“She will continue to do what she’s always done: take careful, decisive actions to protect Michiganders from this unprecedented, global pandemic,” Whitmer's office said in a written statement.

Meanwhile, Whitmer has been rolling back restrictions on the economy as new virus cases and deaths slow down. Bars and restaurants in northern Michigan can reopen Friday morning, and a weekslong ban on certain medical procedures will be lifted next week.

While a stay-home order remains in effect, groups of 10 people now can gather.

Similar legal challenges like the one in Michigan have occurred in other states. In Wisconsin, the Supreme Court said the Democratic governor’s health director exceeded her authority by extending a stay-home order without working with Republicans in the Legislature.

Restrictions by some local Wisconsin governments, however, still are in effect and are a target of a lawsuit in federal court.

David Eggert in Lansing contributed to this report.