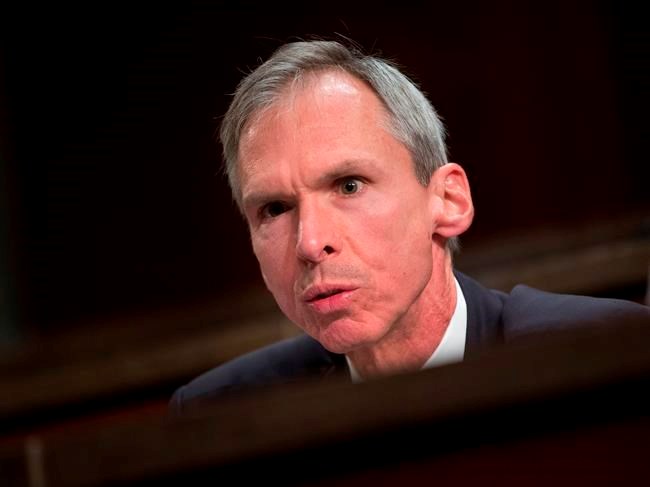 CHICAGO — Progressive Marie Newman won a rematch Tuesday with Illinois Rep. Dan Lipinski, unseating one of the most conservative Democrats in Congress in a victory for abortion-rights and women's groups that have targeted the eight-term congressman for years.

Newman topped Lipinski and two other challengers to win the primary in the heavily Democratic Chicago-area district after losing by about 2 points in 2018. Lipinski is the first congressional incumbent to lose in a primary race this cycle.

The win all but assures that Newman, 55, will take over the seat that Lipinski's father held for nearly three decades before he retired after the 2004 primary and local Democrats chose his son to replace him on the general election ballot.

Newman, a former management consultant who started and led an anti-bullying , argued Lipinski no longer reflected the views of the district, which backed Sen. Bernie Sanders, a democratic socialist, over Hillary Clinton in the 2016 presidential primary. She called herself the “true Democrat” in the race, and said she would fight for Medicare for All, abortion rights and a path to citizenship for people in the U.S. illegally.

“What a journey," Newman said in a statement her campaign released Tuesday night. “I am bursting with pride and gratitude for the amazing coalition who helped bring about much needed change in our district. We are going to work together to lower healthcare costs, to fight climate change, and to continue building a hospitable community for everyone, no matter where you come from.”

Lipinski, 53, opposes abortion rights and voted against the Affordable Care Act, President Barack Obama's 2010 health care overhaul. He argued that he has delivered for the district, which includes parts of Chicago's southwest side and its suburbs. He was endorsed by the AFL-CIO as well as the Chicago police and fire unions, and he criticized Newman and her supporters as too extreme.

Newman got financial help from groups including Emily's List, NARAL and Planned Parenthood Votes, which support abortion rights. Her endorsements included Sanders, Massachusetts Sen. Elizabeth Warren, Chicago Mayor Lori Lightfoot and New York Rep. Alexandria Ocasio Cortez, a progressive who unseated an incumbent Democrat in the 2018 primary and started her own PAC to help others do the same.

Abortion rights were on the mind of voters such as Julie Marie, 54, who said she grew up in Chicago near Lipinski’s father and has voted in the past for Lipinski. But she said as she learned more this election cycle about his anti-abortion stance, it was “a deal breaker.”

“I know more now,” said Marie, who runs a small family store and lives in the Chicago suburb of Burbank. “I grew up in the same ward as his father, so maybe I didn’t pay attention (to his views). Now I know too much.”

Mitch Bramstaedt, a 58-year-old employee benefits consultant, also said he was turned off by Lipinski's position on abortion.

“I’m a Democrat, and he’s basically a Republican,” Bramstaedt said.

The other Democrats in Tuesday's race were Rush Darwish, who owns a television production studio, and Charles Hughes, a mechanic for Nicor Gas who was a precinct captain for the elder Rep. Bill Lipinski.