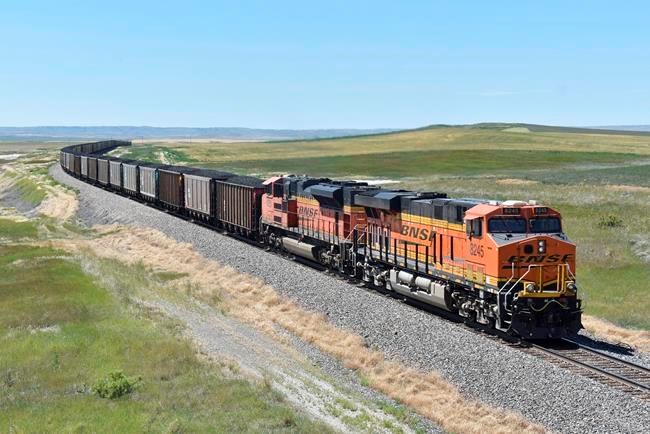 BILLINGS, Mont. — A coalition of states on Monday renewed its push to stop the Trump administration from selling coal from public lands after a previous effort to halt the lease sales was dismissed by a federal judge.

They alleged the administration acted illegally when it resumed coal sales that had been halted under Obama due to climate change and other concerns.

Under Trump, the Department of Interior lifted a 2016 moratorium on federal coal sales and concluded they have limited environmental impacts.

The states behind Monday's lawsuit said that conclusion was based on a flawed review that ignored hundreds of existing coal leases and pending applications.

“The Trump Administration has repeatedly thrown out the rule book in order to benefit super polluting coal companies. It’s not only immoral – it’s illegal, and we intend to prove it,” California Attorney General Xavier Becerra said in a statement.

Interior Department officials did not immediately respond to an emailed request for comment on the lawsuit.

Coal mining companies saw demand for the fuel drop dramatically over the past decade due to competition from natural gas and renewable fuel sources. Trump has sought to prop the industry back up, but that's done little to slow its downward spiral and the coronavirus pandemic has accelerated the decline.

In May, U.S. District Judge Brian Morris said the administration had fixed its initial failures to consider the climate change consequences from ending the moratorium. That ruling came after the administration in February released an analysis that said resuming coal sales would mean little difference over time in greenhouse gas emissions from burning coal.

The state attorneys general said the administration considered emissions only from a handful of leases and failed to capture the cumulative, long-term impact of the coal program.

They argue the Interior Department analysis also ignored other harms, including damage to wildlife and the land from coal mining, pollution from burning the fuel and the vast quantifies of toxic ash that is generated by coal-burning power plants.