While he may not have his own TV show, or white lab coat and safety goggles, Wild Life Distillery co-founder Keith Robinson recently taught Grade 8 students at Banff Elementary School about the scientific principles behind producing hand sanitizer
Oct 19, 2020 12:30 PM By: Evan Buhler 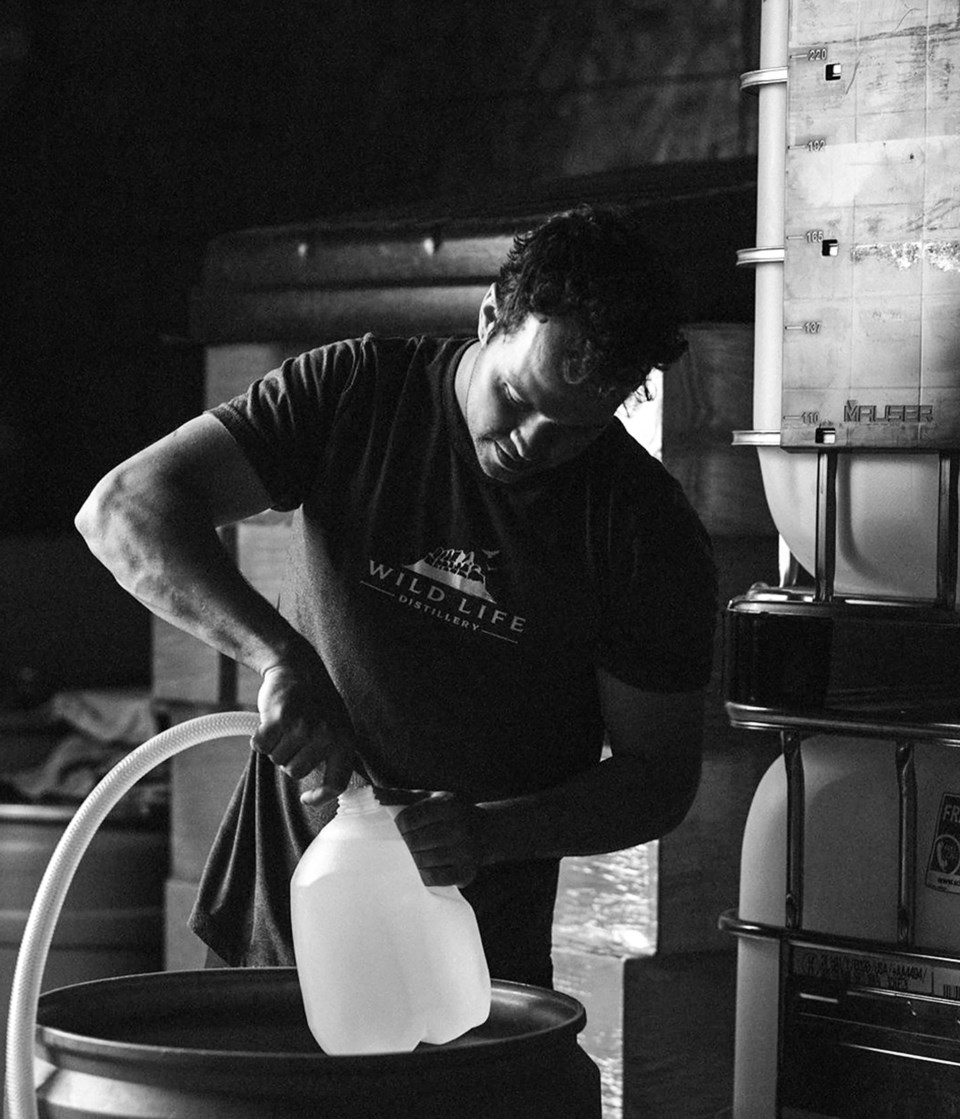 While he may not have his own TV show or white lab coat and safety goggles, Keith Robinson, co-founder of Wild Life Distillery recently taught Grade 8 students at Banff Elementary School about the scientific principles behind producing hand sanitizer.

“I was approached by Laura Hunt, who is a family friend, to do some demonstrations of scientific principles in a real-world setting for the Grade 8 classes in Banff. I stuck to showing the kids how was produce hand sanitizer, since they are all too young for the other products we produce,” Robinson said with a laugh.

Hand sanitizer is part of students' everyday life, as they all have their own personal hand sanitizer bottle as well as having sanitizer stations placed throughout the school. While Grade 8 teacher Laura Hunt was reviewing her course material on the mix and flow of matter unit, she had a lightbulb moment.

“The kids are using sanitizer all the time. So I thought it would be great to collaborate with Keith and bring in the scientific principles they are learning and apply it to something like sanitizer, which is a part of their lives now,” said Hunt.

She said the current unit was focused on the separation of matter like distillation and filtration, which she realized would be used in the production of hand sanitizer.

“These are things in their textbook, we had been talking about – I wanted to channel it into that real-world connection of science and how it’s manifest in their lives.”

With the health and safety of students and faculty being paramount, Hunt said science class has been different than the past, especially when it comes to the sharing and handling of scientific instruments in the classroom. Because of COVID-19, schools do not have the luxury of field trips either.

“We are not free to go use a lab or move about the school in the same way. They basically want kids at their desks.”

Hunt admits it has been difficult to navigate the new procedures, and that is why she was excited to collaborate with Robinson in an online setting. From the distillery, Robinson broadcast to two Grade 8 science classrooms including Callahan Weller’s.

Before the demonstrations, Hunt said she gave Robinson a list of terms the students had been learning. For his demonstrations he created a narrative and integrated the terms into the entire process , starting with rain falling on a farmer’s field and growing grain needed to produce the ethanol.

“I took the students through how we produce our ethanol, which is the base of our sanitizer, so from grains to starches to sugars and fermentation. Within that idea I showed them density, viscosity, filtration and then a demonstration of distillation and how we are able to separate the ethanol,” said Robinson.

Hunt said one of the questions her students asked Robinson was where he went to school.

“Keith grew up in the Bow Valley. I think for them it was eye-opening to realize someone who went to the same school division as them, who’s been on the same trails and received the same education has had the success he’s had because he has a passion.”

Hunt was grateful to Robison for taking the time to teach the students about the scientific principles and said she was able to expand on his demonstration and carry on the learning process.

After starting the distillery three years ago, Robinson said he would never have foreseen himself making hand sanitizer, let alone teaching Grade 8 students how to make the product.

“It was interesting to be able to take some of those principles I learned here in Grade 8 in Canmore, which I didn’t think much of at the time, and apply that to a timely lesson for the kids. It was a fun opportunity to give back.”

About the Author: Evan Buhler

Evan Buhler is an award-winning photojournalist and reporter who joined the Outlook in 2019. A native of Calgary, he previously worked in Salmon Arm, B.C.
Read more