'We are going to proceed': Trial moving ahead for accused in Alberta doctor's death 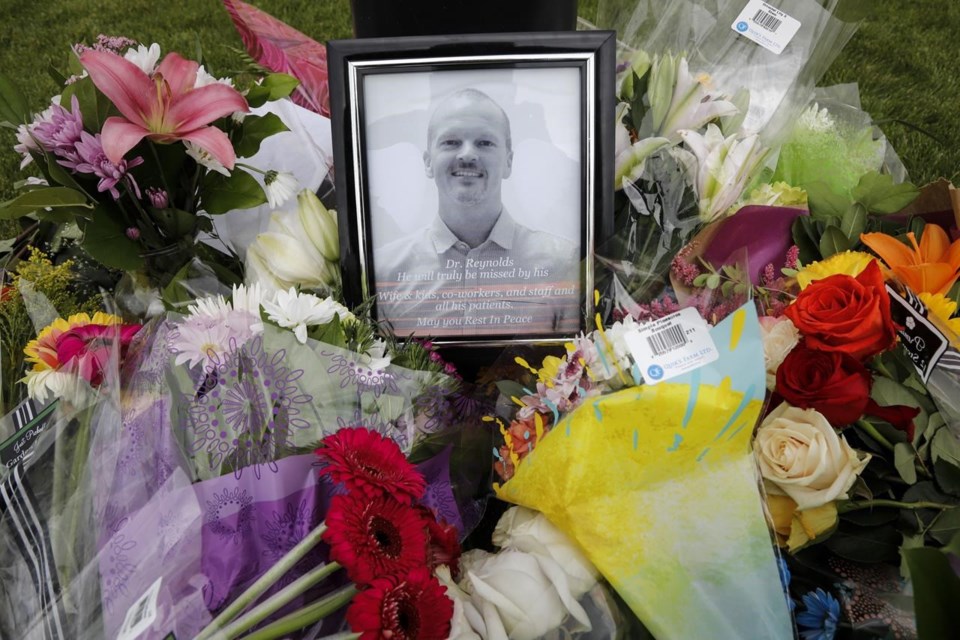 RED DEER, Alta. — The trial for a man charged in the slaying of a family doctor at a central Alberta medical clinic is going ahead as scheduled.

Deng Mabiour, 54, had been deemed fit last year to stand trial on a charge of first-degree murder in the death of Dr. Walter Reynolds, who was killed at the Village Mall Walk-In Clinic in Red Deer, Alta., last summer.

At his last appearance in March, Mabiour was told that a further assessment was going to be done and that he was being held on a mental-health warrant at the Southern Alberta Forensic Psychiatry Centre in Calgary.

No mention was made of the second assessment on Wednesday, but Mabiour has been transferred from the psychiatry facility back to the Calgary Remand Centre.

"We are going to proceed with this trial," said Court of Queen's Bench Justice Paul Belzil, who appeared by video from Edmonton.

Mabiour, wearing a blue prison jumpsuit and accompanied by two sheriffs, made his first in-person appearance in court since his arrest and sat quietly through most of the proceeding.

Mabiour, despite urging from the judge to get a lawyer, repeated his intention to represent himself at his trial, which is scheduled from Nov. 22 to Dec. 17.

"This is a criminal trial and it's my duty to make sure you're getting a fair trial. You're facing a very serious charge here, sir," said Belzil.

"I recommend that you do not do so, sir, but you have a right to represent yourself."

The case is to return to court May 20 to discuss a number of applications, including one from the Crown pertaining to Mabiour acting on his own behalf.

"The purpose of that, Mr. Mabiour, is there's a provision in the Criminal Code that allows the court to make an order that you not examine civilian witnesses," the judge explained.

The accused was asked if he understood what was happening and if he had any questions.

"My question is do you believe that my case is connected with a human rights abuse case?" Mabiour asked.

Reynolds, a 45-year-old father of two, was attacked with a weapon while working at the clinic on Aug. 10. He died in hospital.

One witness told media that she was in the waiting room when she heard cries for help and saw a man with a hammer and a machete.

RCMP have said the crime was not random and the two men knew each other through the clinic, although they have not said if Mabiour was a patient of Reynolds.

This report by The Canadian Press was first published April 14, 2021