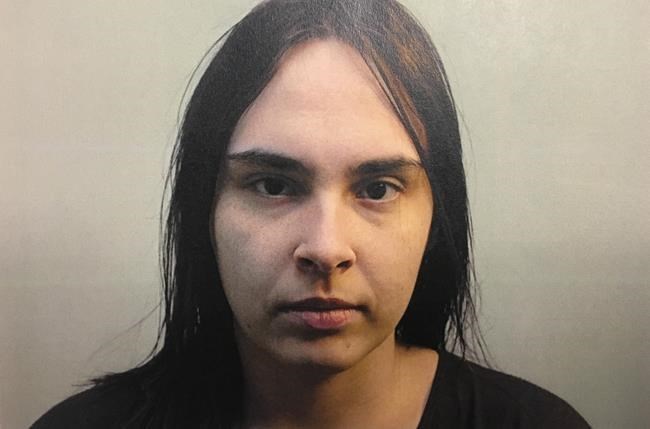 EDMONTON — A woman who was sentenced to 8 1/2 years in prison for her role in the death of a toddler found outside an Edmonton church says she's sorry to everyone she hurt.

But she could not explain why she did what she did.

"I don't know why," Tasha-Lee Mack said between sobs at her sentencing hearing Monday in the Court of Queen's Bench. "It was like an out-of-body experience.

Mack, 28, was convicted last November of manslaughter for the death of 19-month-old Anthony Joseph Raine, who was found dead outside Good Shepherd Anglican Church in April 2017.

His father, Joey Crier, was found guilty of manslaughter in a separate trial.

"There is no doubt that the act that killed Anthony was brutal," he said in delivering the sentence.

"These were not fleeting things," he said.

Mack's trial had heard that Anthony, who was being cared for by her and Crier, went from being a chunky, happy boy to "skin and bones" in a matter of months.

Court was told he suffered abuse before a fatal blow to his head and his abandonment behind the church.

There was no evidence Mack struck Anthony, but Graesser said the woman consciously decided not to seek medical advice and instead spent hours "finding a place to dump Anthony dead or alive."

Crown prosecutor Monica Sabo asked for a 10- to 12-year sentence, while defence lawyer Ajay Juneja suggested his client's sentence should be six years because she has severe psychological issues.

Prior to being sentenced, Mack spoke to the court for at least 20 minutes.

"I understand what I did was wrong," she said. "The only way to make up for it is to make sure it never happens again. I have learned my lesson."

"I am sorry to every single person I've hurt," she said. "I really mean that."

Raine said in her statement that she doesn't think she'll ever be able to forgive the people responsible for her son's death.

"I entrusted the care of my son to Joey and I thought he was in good care," she said in her statement.

Raine, who said Mack and Crier took so much from her, questioned why Crier didn't bring Anthony back to her.

"I wish I could see his face and see his smile one more time," she said.

Raine said she doesn't wish hate on Mack or Crier, but she said they deserve to be behind bars.

"You should not be able to be free," she said in her statement. "I don't think I'll ever forgive you people for what you did."

"It hurts and it beats me up inside," she said.

Crier has not yet been sentenced, but a judge has said he will reduce Crier's overall sentence, because he has been assaulted in jail and spends much of his time in segregated custody.

Mack's sentence was reduced by a year due to difficult conditions in the remand centre. She also received credit for time served, meaning she has five years left in her sentence.

Both Mack and Crier were initially charged with second-degree murder.

This report by The Canadian Press was first published June 1, 2020