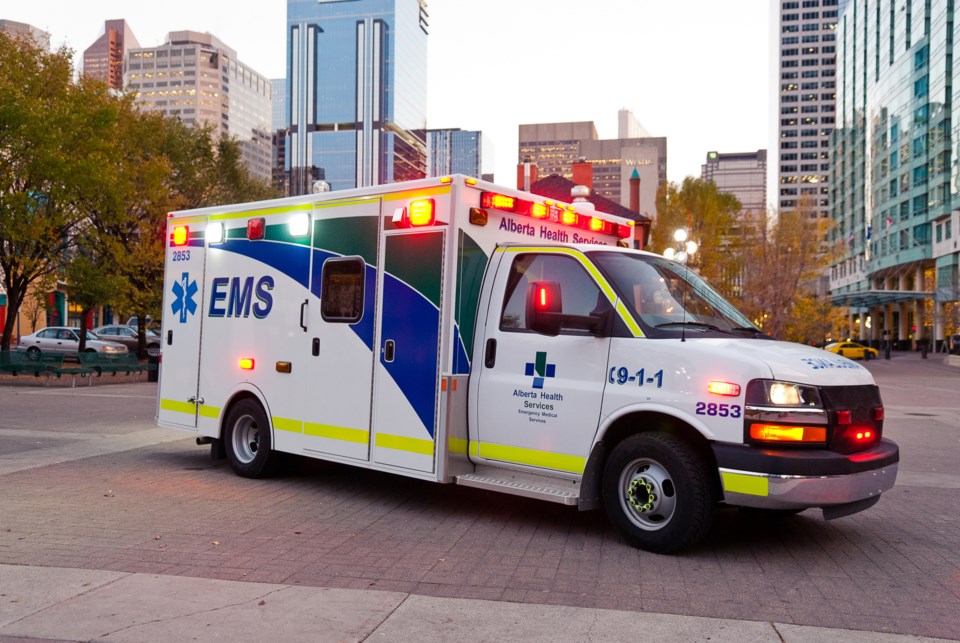 Alberta ambulances are being redesigned following a provincial research study in order to make them safer for paramedics and patients.

"We spent nearly two years working with front-line paramedics, studying how they moved around in an ambulance, where they looked, where they tended to reach, or support themselves when they were moving around," said Mike Plato, EMS associate executive director of Business Standards and Operations Support.

"We know that it's safest when paramedics can provide care from one of the three seats in the patient compartment, safely belted in, so part of what we wanted to do was determine how to reconfigure the area around the seats to limit how frequently paramedics need to get up."

The ambulance redesign incorporates several changes, including overall improved layout and seat design to encourage seatbelt use, rounded corners on interior surfaces to prevent injuries and additional grab handles for added stability. Lips or rounded edges will be added to counters to keep objects from falling, and frequently used tools and equipment will be placed within easy reach of the primary caregiver's seat.

There are nearly 420 ambulances in the AHS EMS fleet province wide, according to the release, and between 60 and 70 are replaced with new vehicles every year. Going forward, all new ambulances will incorporate the recommended changes, with no extra cost for modification. More than two-thirds of the ambulances already have some of the design changes.

According to EMS Chief Paramedic Darren Sandbeck, when paramedics are safer in ambulances, patients are as well.

"When we are able to reduce the likelihood of the paramedic needing to navigate around a moving vehicle – even carefully navigate – there's less risk of the paramedic being injured during a sudden stop or evasive manoeuvre, and less risk to the patient."

EMS has also recently introduced new power-load stretchers that have a specially designed arm for heart rate monitor-defibrillators to be attached to the structure, reducing triping hazards like trailing wires. According to the release, removing tripping hazards has helped contribute to a reduction in injuries – the number of on-the-job injuries for AHS EMS staff has decreased 16 per cent in the past three years.

"We firmly belive these changes, though they may seem small, are helping to create a much safer environment for our front-line paramedics and for patients," Sandbeck said. "We will continue to work with the manufacturer to make our vehicles as safe as possible."

About the Author: Airdrie Today Staff