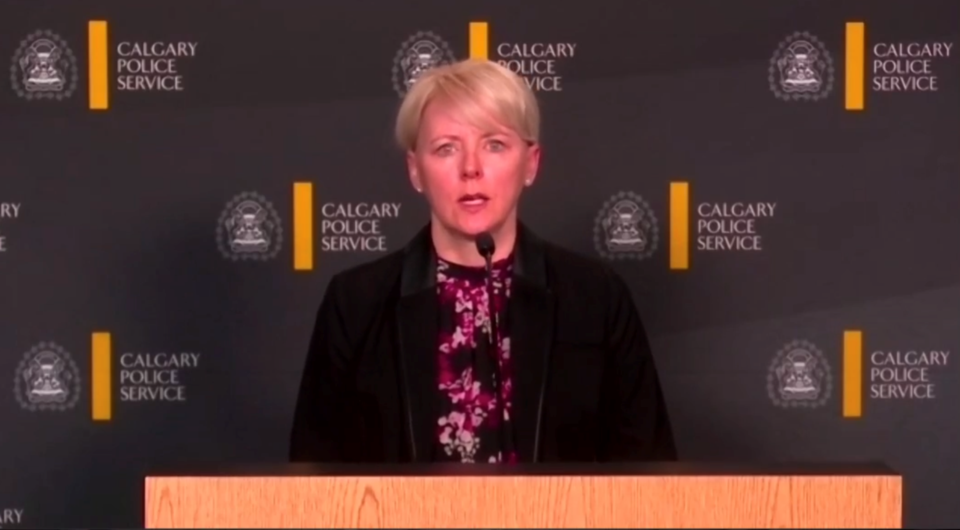 This is an update to a story originally published on February 18, 2021.

A DeWinton man charged with sexual exploitation of students while teaching at a Calgary junior high school has been found dead.

Michael Andreassen Gregory, 57, of DeWinton was charged with six counts of sexual assault and 11 counts of sexual exploitation before his death, Calgary Police Services announced on Feb. 23.. His death is not believed to be criminal in nature.The alleged exploitation took place approximately two decades ago.

CPS stated on Feb. 23, when a suspect or accused passes away before an investigation is complete, it still finishes examining all the evidence to try learn what happened. This hopefully allows police to give some closure and supports to victims, and helps ensure that no one else who still can be charged was involved in any offence.

In a case where an accused was in a position of trust, the investigation can also provide insights into how similar incidents can be prevented in the future, the release stated.

In a prior press release, CPS stated, an investigation began when a woman came forward in September 2020.

The man charged taught at John Ware Junior High School in Calgary from August 1986 until September 2006.

She alleged that in summer 2001, she and other female students were undressed by the man, her teacher at the time, during a canoe trip not sanctioned by the school, exposing them to him and their peers.

During the investigation, five other women were identified and reported to detectives in the Sex Crimes Unit that they had been involved sexually with the same teacher between the years of 1999 and 2005 while they were students.

Police allege the teacher groomed female students from his position of trust, getting them into situations where a range of sexual activities could occur, with and without consent.

CPS Staff Sgt. Michelle Doyle of the Sex Crimes Unit said in a press conference on Feb. 18 that the victims were all believed to be of junior high school age.

"There can be a lot of confusion and mixed emotions when a young person experiences exploitation by someone they trusted," Doyle said. "It can often take many years before the person looks back on it and realizes that what happened was not okay and that it needs to be reported."

She added that she hopes any other victims would come forward.

“I anticipate if there are other victims that we will hear from them.

"We would encourage people to come forward with that information."

The earlier press release stated young people cannot give free and informed consent for any sexual activity with a person in a position of trust and authority over them, regardless of whether they say they agree to it.

Calgary Board of Education (CBE) spokesperson Megan Geyer said in a statement the board is aware of the charges laid against a former employee and they have and will continue to cooperate with CPS during the investigation.

The CBE will provide no further comment as the investigation is ongoing.

It has not been disclosed what subjects Gregory taught, and it is not known at this time if he taught at any other schools.

There is no statute of limitation on sex offences in Canada.

The investigation into these incidents is ongoing and anyone with information is asked to contact CPS by calling the non-emergency number 403-266-1234 or through Crime Stoppers anonymously by phone at 1-800-222-8477, online at www.calgarycrimestoppers.org or through the app "P3 Tips".

About the Author: Brent Calver/OkotoksToday.ca