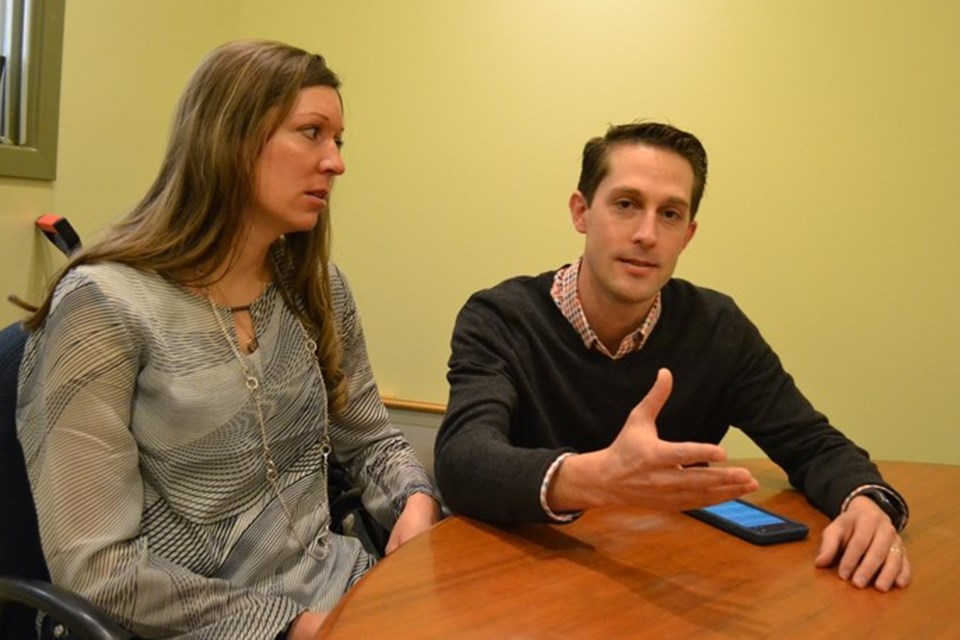 Lindsay and Jared Ord, both with Olds Dental Health Clinic, pictured before they left for a 2016 trip to Ethiopia. File photo/MVP Staff

OLDS - An Olds dentist is among 13 Canadians back in Canada after being detained in Ethiopia on allegations that they were practising medicine without permission and had dispensed expired medication.

Canadian Humanitarian confirmed yesterday that its three Canadian employees and 10 volunteers from the recent Ethiopian expedition have returned to Canada.

“We are thrilled beyond words to see them reunited with their loved ones,” a March 12 Canadian Humanitarian statement reads.

Dr. Jared Ord -- from Dental Health Clinic in Olds -- had been in Ethiopia with his wife Lindsay and two children volunteering with the Alberta-based non-political organization Canadian Humanitarian since the middle of February.

While Ord was among those detained, his wife and children were able to come back to Canada in the days ensuing.

The organization said on March 4 that the 15 people detained had posted bail but was unsure when they would be allowed to leave the country.

The Canadian Humanitarian statement issued yesterday said “Given that there are still elements of this file that need to be completed, we have no further information at this time.”

The organization earlier stated that the team and organization followed all necessary steps and protocols to ensure the group had all permits needed to provide medical support and care while in Ethiopia.

“While we cannot comment on the specifics of the expiry of the medication, we can with confidence say that all medicine and care offered by our team was safe,” stated the organization’s Feb. 29 statement.

Canadian Humanitarian has been licensed as a charitable NGO in Ethiopia since 2012.

The Ords had twice earlier travelled to Ethiopia with Canadian Humanitarian.