Peter Hoang give us a glimpse of what hard climbing is all about.

This week, Peter “Pete” Hoang along with climbers Ethan Berman and Maarten van Hareren, will fly off to the east end of Mount Logan on an exploratory mission to climb within the legendary range and hopefully, establish a new line. Mt. Logan is Canada's highest peak at 5,250 metres.

The three, who are recipients of the John Lauchlan Memorial Award, will see their journey consist of hard climbing that will span multiple days, altitude management and for Hoang, documenting the trip.

"Logan is big and there's a lot of snow - crossing the fingers for some good weather to swing some axes,” laughs Hoang.

Hoang is no stranger to shooting in tricky circumstances. He is often shooting in hanging stances on vertical ice. Since Hoang is a “hard climber,” also known as can climb high grades in various disciplines (rock, ice and mixed), he is able to join some of the world’s top climbers to shoot their various projects and goals. Yet, it is Hoang’s intimate captures that set him apart from other “climbing photographers.” Those images of intense focus, struggle, pain and even humour.

We sat down with Hoang to learn more about his process and how he gets those special shots. 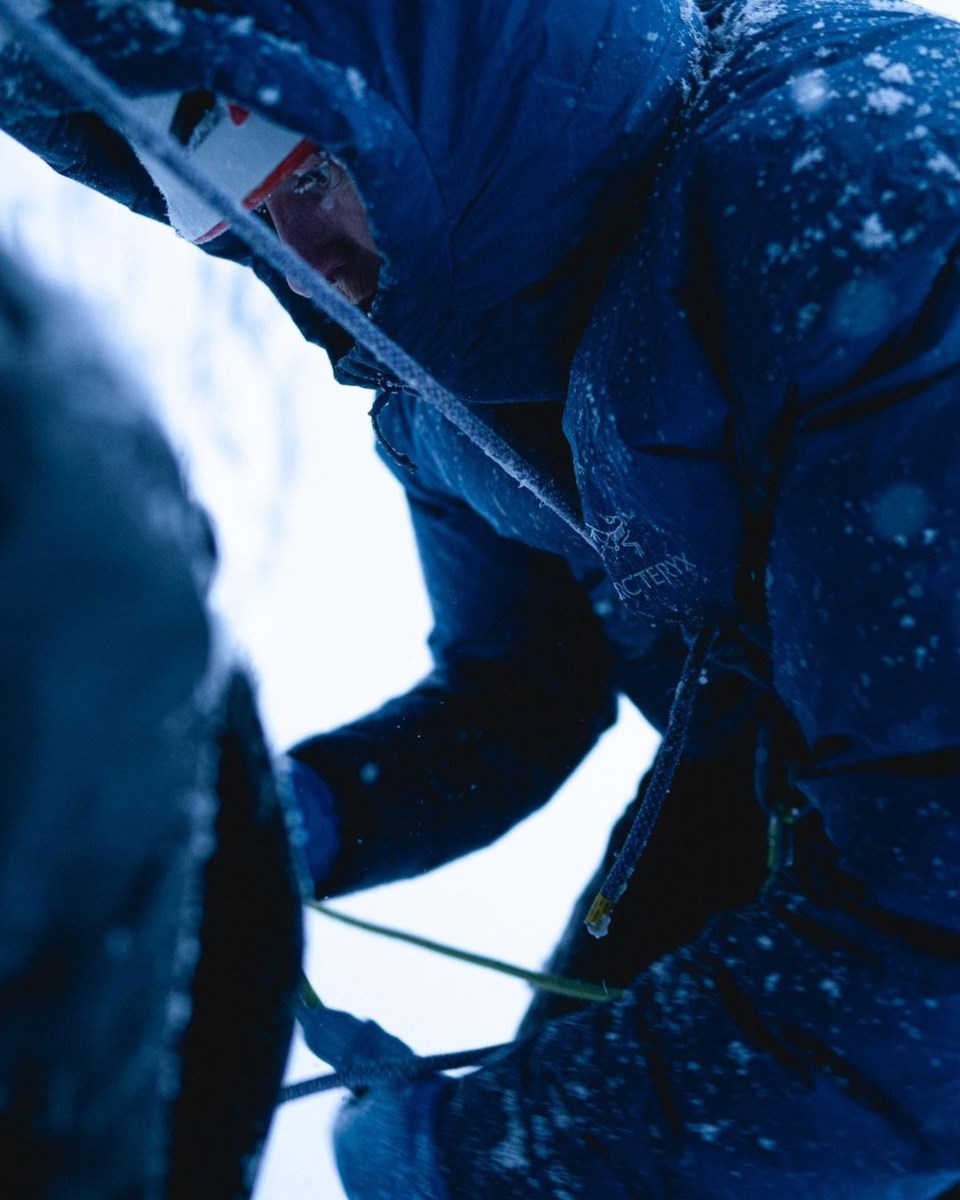 Peter Hoang: Photography came first for me and much as I'd like to romanticize how I got into it, I don't quite remember. Climbing came later when one of my friends gave me the book "The Rock Warrior's Way" for my birthday and encouraged me to try the sport.

51: You moved from the east coast to Canmore not too long ago but was able to keep up with some of the top mixed and ice climbers. How did that come about?

PH: Southern Ontario isn't very mountainous, but it does have a nice selection of short technical climbs to occupy time on. It really could have ended there for me, but I think too many books about mountains had me yearning for bigger terrain, so the move to Canmore felt due. 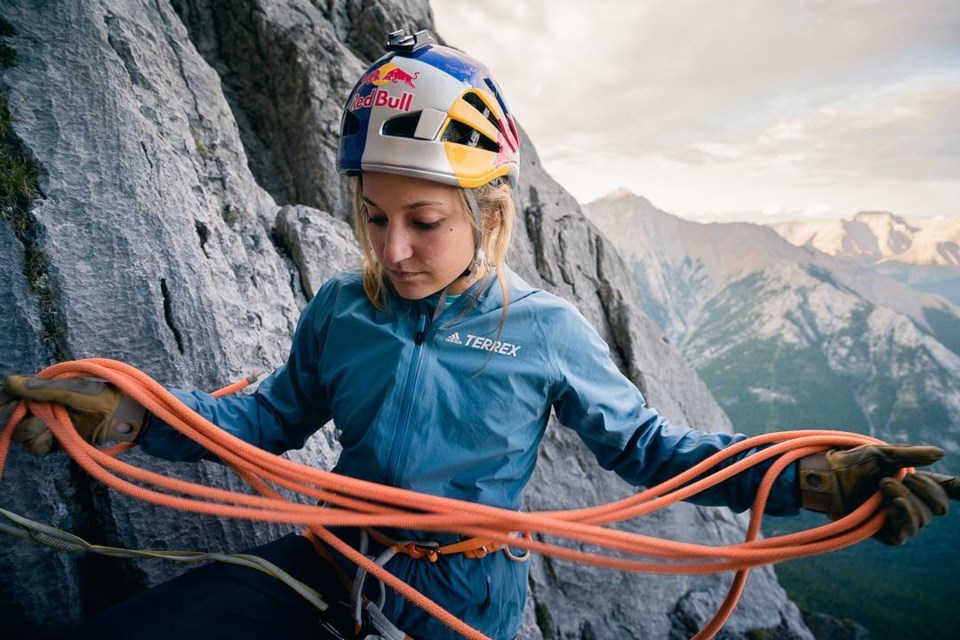 Sasha Digiulian on the Canadian Trilogy project, beneath "The Shining". By Peter Hoang

51: You went to China with Will Gadd a couple years ago. Tell us about that experience and about some of the other places shooting and climbing have taken you and are taking you?

PH: Shooting with Will in China was definitely the furthest photography has taken me - it was also my first time working with a full production team rather than being a lone shooter and director. Working with a team was actually a newer experience to me than being in a foreign country. Typically any other shooting opportunities are local within the Rockies. Most recently (as I type this), I'm quarantining in Whitehorse to head to Mt. Logan - though it is more of a personal trip where I'm contributing more as a climber than photographer.

51: Climbing is a hard sport to shoot and even harder to have your work “recognizable” yet your work is recognizable, especially your candid portraits. Can you tell us about how they came to be your thing and what methods you might use to get those super expressive images?

I think the more I climbed, the more important it became for me to create images that spoke to my colleagues rather than the general audience. There is certainly a parallel with what became more focal to me in climbing: partners, hardships and sense of adventure, rather than the overall impressiveness of climbing.

Typically I look for the following when I'm shooting: light, a space in time when I'm not occupied and moments that are expressive, with the last one being typically paired with discomfort - an easy cue to know when a photo might be good. 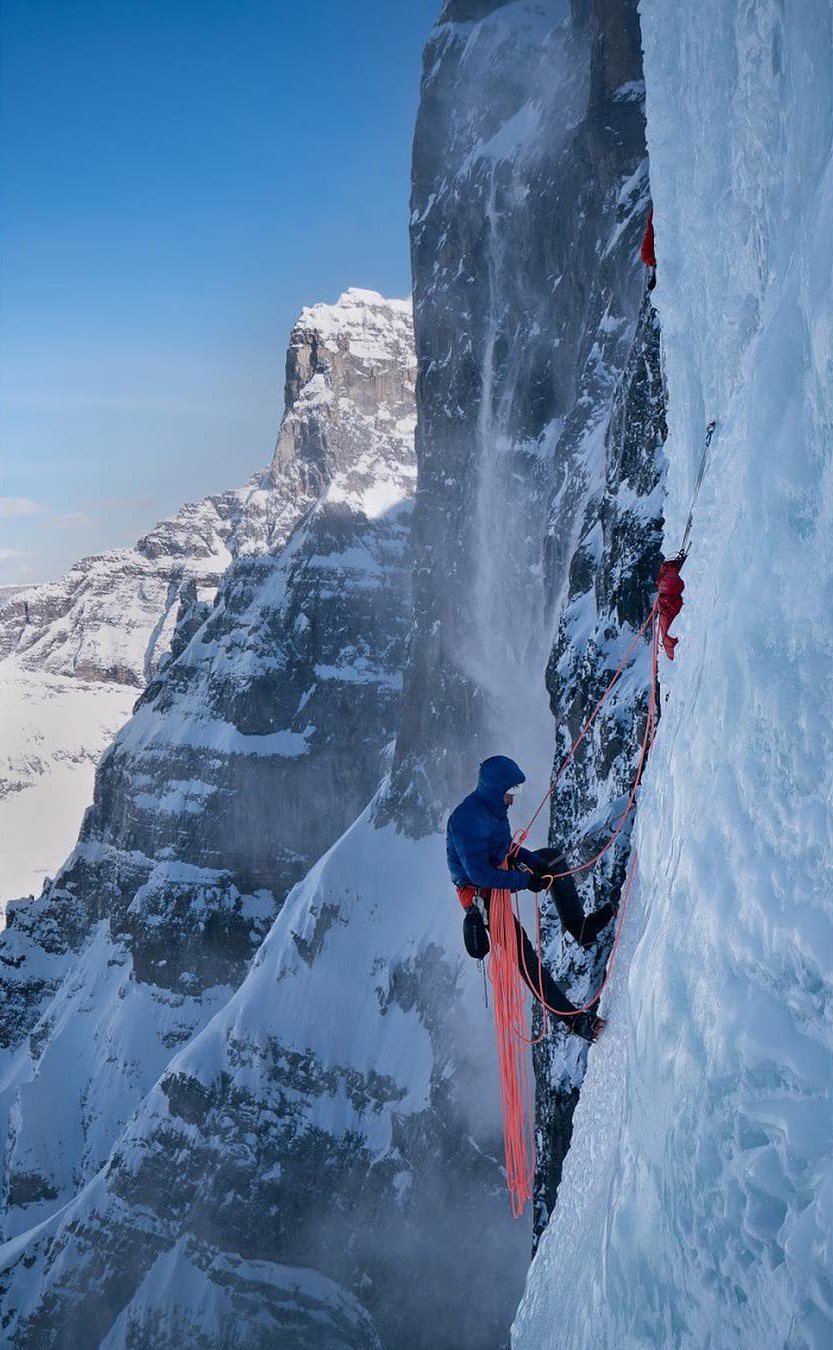 Quentin Lindfield-Roberts at a hanging belay on "Gimme Shelter". By Peter Hoang

PH: I think it's worth noting that the "candid" moments I post or publish are a result of heavy curation and often end up being projections of how I feel about that person or who I think they are in that moment - rather than a genuine representation (though those don't need to be mutually exclusive). I don't write very well, so photography's just my way of expressing myself through other people.

We wish you the best of luck Pete! We will be rooting for you!