If you need inspiration, look no further than Ireen Slater 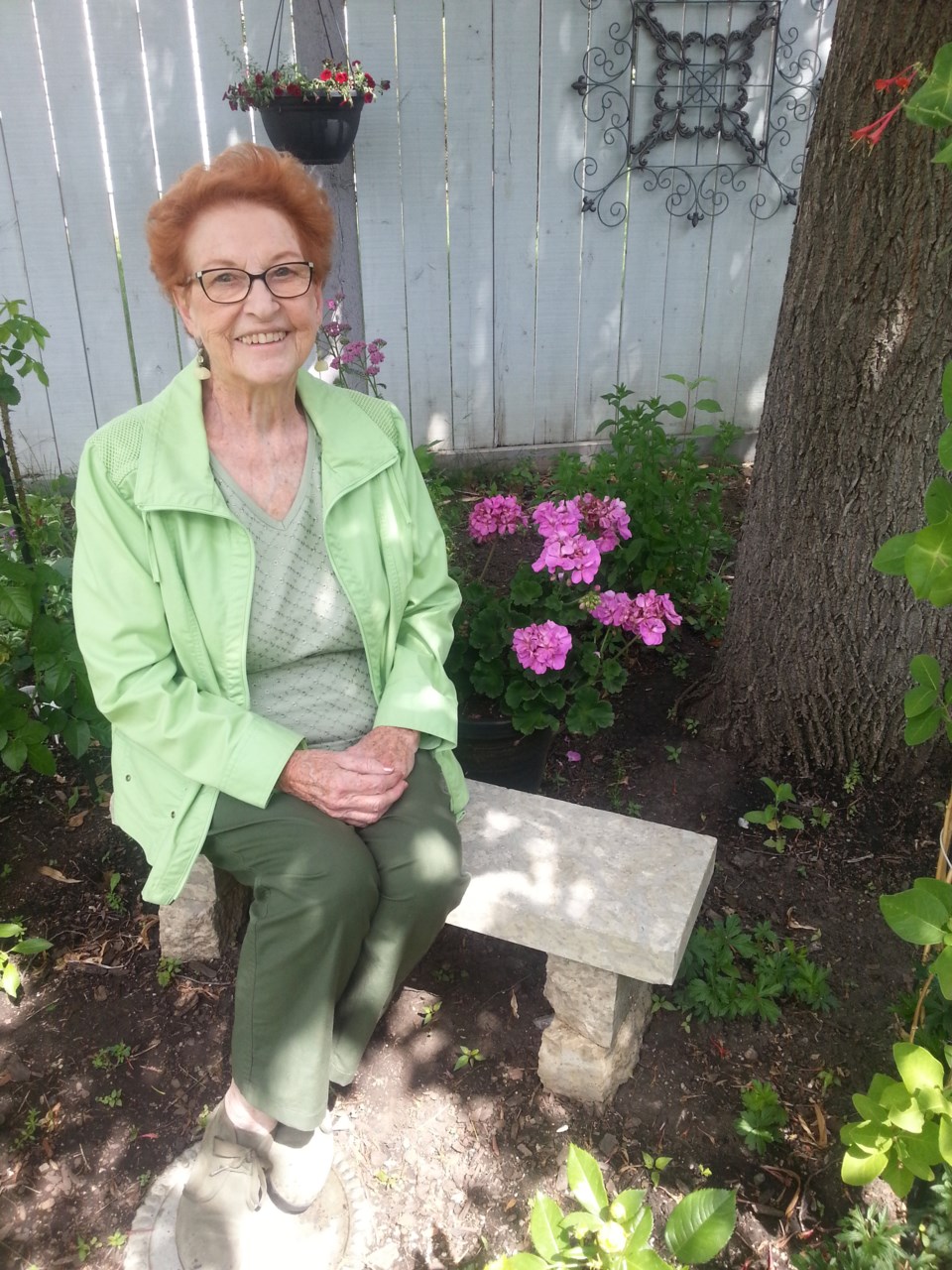 Need a calling in your life? Here’s a story of one person’s incredible journey. Have a look at one of St. Albert’s most accomplished citizens, Ireen Slater.

Ireen is a mother, an award-winning social worker, volunteer of many community organizations, keen gardener and crafter. Born in 1932, she grew up during the war in Harrow, Middlesex, England and began volunteering early as a youth and guide leader, and Sunday School teacher. Then working for Kodak she was a member of their track and field team, and active in other sports, theatre productions, modelled for the photographic society and was secretary/scorekeeper to the men’s baseball team. She started a women’s softball team and formed the Southern England Ladies Softball League. She travelled to Canada for an adventure but finished up meeting and marrying her husband Denis in 1957. They lived in Toronto where their first son Craig was born, then moved to Regina, then Lumsden, where she became a CGIT leader, and back to Regina during which time she had two more sons, Brad and Kevin, and was foster mother to six children at different times and participated in the first 30-mile Walk for Cancer. In 1969, the family moved to St. Albert and nine months later her fourth son Colin was born. Following the marriage breakup in 1978, her husband continued to support the family until his health failed. On Social Assistance, Ireen upgraded her secretarial skills to return to work, then returned to school again to become a social worker. She was forced to try to sell her dream home at a time when the interest rates were 18.75 per cent, finishing up trading it for a town house in 1984. Disaster followed the family with Colin’s death in a car accident in 1988; her former husband died the next year and Kevin committed suicide in 1991.

Ireen decided to overcome these troubles by using her innate energy and determination to aid others. Many areas interested her which she focused on during her studies, including child poverty, family violence, palliative care, elder abuse and mental health. Space can never do her justice. She volunteered in numerous areas such as becoming Chair and organizing 9,000 lunches for the Alberta Summer Games in St. Albert; volunteering for the St. Albert builds for Habitat for Humanity; drove for Meals on Wheels and the Cancer Society; on the United Way Committee; Children’s Festival; Mayor's Walk for Charity; Garden Club Flower Show; many other committees; and has been guest speaker at workshops, conferences, on TV and radio, and has been on the St. Albert Disaster Response Team since it began.

Ireen’s major life achievements besides raising her sons, were: Founding the St. Albert One Parent Families Association; becoming chair of the Prevention of Family Violence Committee which concluded in being the first Executive Director of the Stop Abuse in Families Association (SAIF) office in 1981, which continues today. In 2003, she became the first chair of the St. Albert chapter of Seniors United Now, (SUN), and held various positions on the provincial board, at different times. She has assisted in a multitude of seniors issues and most recently participated in the preparation of a provincial Affordable Housing position paper, currently being presenting to various levels of government, etc. She continues to be an active volunteer at her church.

Ireen cannot stop making lives better. She doesn’t follow, she blazes trails for others to follow. As a citizen of St. Albert, why not volunteer and use your talents and interests to help others?