There is always something new and exciting happening at the Arden Theatre. On Wednesday evening, professional programming presenter Caitlin North unveiled the company’s 2018-2019 entertainment lineup accompanied by a sleek multi-media presentation.
Jul 20, 2018 3:33 PM By: Anna Borowiecki 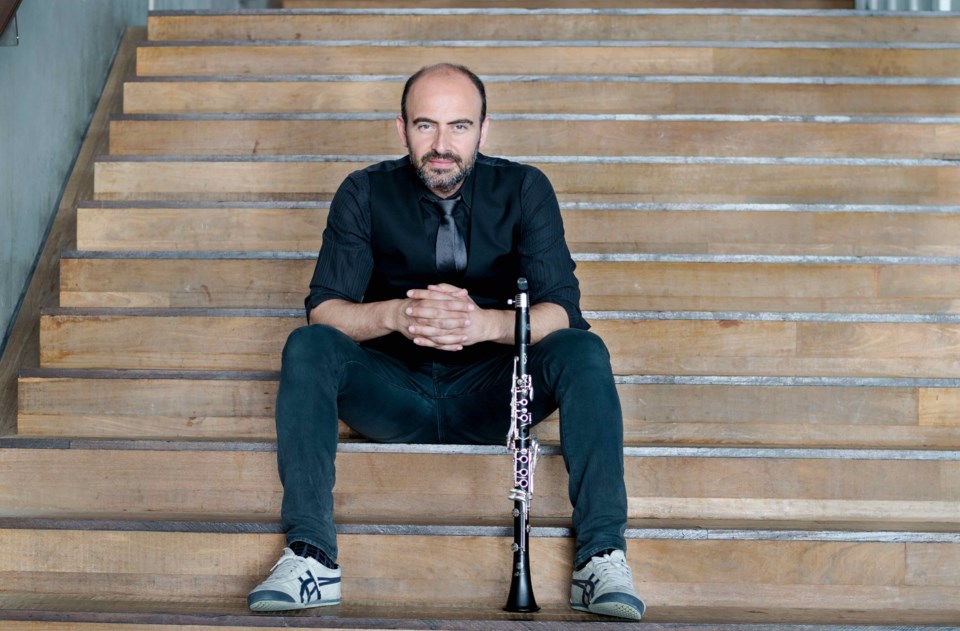 There is always something new and exciting happening at the Arden Theatre.

As expected, the bulk of the season is programmed with diverse music concerts. However, there is also a smattering of theatre, puppetry, comedy, circus, film and magical illusion.

“This is one of the strongest seasons we’ve had. There’s something for everyone. There are definitely new names, but also a lot of favourites that haven’t been here in a while. It’s a nice well-rounded program peppered with new names and concepts. It’s a good snapshot of the quality of entertainment St. Albert has enjoyed for 34 years,” North said.

The Arden, along with many other live venues across Canada, has embarked on a mission to bring attention to more female artists.

“Out of 34 shows, well over half have females or are fronted by females,” North said.

“Not a lot of thought was given to it in the past. Now there’s more thought put into it. It’s about equality. So many female performers haven’t been given a chance in the past. Finally they’re starting to get the opportunities because the barriers are being broken. But it’s not just about showcasing women because they are women. For me it’s always about quality first and foremost, no matter what sex they are.”

Below is a list of evening performances. Tickets for the general public go on sale Monday, Aug. 13 at 10 a.m. Call 780-459-1542 or at www.ticketmaster.ca. A downloadable season brochure is available at www.stalbert.ca/exp/arden

Bibb’s last Arden performance was in 2014. He returns in support of his latest album Migration Blues, a combination of insightful originals with renditions of Bob Dylan and Woody Guthrie classics.

“He’s in the top five of requests. He’s a delightful person and he has amazing music,” North said

Prince Edward Island’s Rose Cousins has established herself as a prominent singer-songwriter on both sides of the 49th parallel since her 2017 Natural Conclusion album was nominated for a Grammy Award.

“Her voice is so beautiful, so haunting. She’s such a beautiful, profound singer-songwriter. Her music is dark, but I love to see her live shows. She’s so funny, and even after listening to dark music, you leave the theatre smiling.”

Fearless athletes tackle death-defying stunts set against some of the world’s most gorgeous scenery as part of this annual touring film festival.

“It’s the seventh year we’re hosting it. It used to be called Radical Reels, but it’s the same high-octane sports.”

Direct from Montreal, Cirque Éloize performs Saloon, a wild west extravaganza of acrobatic acts colliding with a soundtrack from country music’s great icons such as Johnny Cash and Patsy Cline.

“These are one of the finest touring acts in Canada. They are right behind Cirque du Soleil in terms of quality. Normally they don’t tour small venues like ours, but due to a grant from Desjardins they could afford to bring them to town.”

The eight-piece Scottish ensemble is a two-time "Live Act of the Year Award" winner that skilfully fuses traditional, Celtic, folk, Americana and rock. With numerous No. 1 hits, the band is on a global tour in support of their sixth studio album Evo released in 2018.

“They’ve had a ton of success overseas, but they’re just starting to break into the North American market. They’ve never been here before, and this is going to be a show you’ll be telling your friends, ‘You should have been there.' ’’

Due to a scheduling conflict, Fortunate Ones cancelled their show last season and re-booked. The husband-wife team of Andrew O’Brien and Catherine O’Brien recently released a follow-up 2018 album, Hold Fast, a celebration of partnership.

Based in Horsefly, B.C., the Romeros are another husband-wife duo enjoying a spike in popularity. They are compared to American counterparts Gillian Welch and David Rawlings. Their newly released 2018 album Sweet Old Religion is a showcase of well-crafted folk-country songs.

“Jason is also a master banjo player. They are very special songwriters and they are etched in Canadian folk history as being one of the great songwriters of our generation.”

Absent from the Arden since 2012, this popular husband-wife duo of Luke Doucet and Melissa McClelland are sellouts at Toronto’s Massey Hall and major festivals across the country.

“The energy and chemistry between the two is very engaging. And they are so prolific. They’ve written so much since they were last here.”

As soon as Jann Arden's concert was leaked, a pre-sale for multi-buyers and Jann Arden’s fan club was held.

“It was sold out in less than 48 hours, and unfortunately we haven’t been able to add a second show much as we’ve tried.”

JT Nero and Allison Russell have a “secular gospel” sound and their sprawling rock-and-roll circus of an album, Love in Wartime, has already attracted a heap of downloads.

“They were easily the biggest hit last season and I think they will be again. Allison is such a powerhouse on stage and she’s so stunningly gorgeous. She brings an amazing energy.”

Two years ago the harmonica-playing singer-songwriter won a Juno Award for Blues Album of the Year with Ride the One. Less about form, he instead emphasizes the colour of feelings, the depths of emotions and the impact of imagery.

“He’s a big name on the Canadian blues scene, and it’s exciting to support his career and bring him to audiences that may not know about him.”

With a mission to make the impossible appear possible, Beckman will stage An Evening of Wonders.

“He’s a world-renowned illusionist that lives in B.C. When I saw his show, he blew my mind. He uses technology and art in a unique way. I saw him remove a photo from a driver’s licence. He’s really good at what he does.”

“He tends to do larger venues, but this year he’s doing smaller but multiple venues around the area.”

“It’s a special, super fun show for the family. It’s such an iconic record, and 55 years later we’re still so invested in it. It’s very joyous and he’ll be showing stills behind him.”

When not performing with The Bros. Landreth, Joey Landreth tours solo with his trio creating a sound reminiscent of the Doobie Brothers or an early Bruce Springsteen.

“They’re easily one of the best bands in the Edmonton region. They are great songwriters and current in their sound."

It’s a night of rapid-fire zingers in this comedy double bill. Mix in a dash of Codco, a bit of Kids in the Hall and a pinch of This Hour Has 22 Minutes for a night of irresistible comedy.

With more than two dozen albums to his name, Wainwright is one of America’s most gifted and prolific singer-songwriters. His last Arden performance was in 2012 and he returns with a fresh list of tongue-in-cheek politically inspired tunes, humorous family works and lively anecdotes collected over a lifetime on stage.

A Syrian clarinet player, Azmeh is considered a virtuoso in his field. A force on the international classical and world music scene, he came to global attention as part of Yo Yo Ma’s Silk Road Ensemble.

“He’s a prolific Syrian clarinetist who fled his homeland during horrible circumstances. He continues to perform all over the world and tell tales of his people. He has a Middle Eastern style fusing world and classical music.”

With close to a million albums sold, the social activist could play any venue he wanted.

“This is another musician that outgrew the Arden, but he wants to do a solo tour in smaller venues for a $40 ticket. He wanted to go into an intimate space and do a stripped down version of what he normally does.”

The Golden Girls Experience, Thank You For Being a Friend – Saturday, Feb. 23
Comedy/Theatre/Puppetry

This show is a loving tribute to the 1980s sitcom, The Golden Girls, performed with puppets and character-perfect actors.

“It was developed in Australia and had sold-out runs on Broadway and (in) Toronto.”

Raised in Soweto, the Montreal resident is the daughter of legendary South African jazz singer Thandie Klaasen. In 2013, Lorraine Klaasen picked up a Juno Award for the World Music Album of the Year. It was a tribute to her inspiration, Miriam Makeba, a legendary songstress who brought African music to the masses in the 1960s.

“This is definitely one show where people will be up and dancing.”

This funk-fuelled Juno Award-winning eight-piece opens the groove throttle wide. A blend of Afro-punk and ska-punk, their horn-drenched sound is a push to get up and boogie.

“They’re super fun and live up to their name and are similar to Delhi 2 Dublin. It’s not all instrumental but come prepared to dance.”

This four-piece is considered one of the finest Celtic instrumentalists in the world. Their last performance at the Arden was at Christmas four years ago.

“They’re very traditional but they manage to put a spin on many Celtic songs and the music stays current.”

A late addition to the roster, American singer Judy Collins is known for the eclectic material she records.

“She still records and tours, and it’s not just the hits of 50 years ago. She’ll be performing solo with a guitar and drawing from a huge well of discography.”

This Scottish Canadian tunesmith dropped into performing almost by accident. Twenty years and a dozen albums later, tours on both shores of the Atlantic and numerous awards, Francey is without a doubt one of Canada’s national treasures.

“He’s such a nice human being. The simplicity of what he says and does makes it so easy to connect with him. He’s a songwriter for the people.”

Splitting her time between Edmonton and Ontario, this musical chameleon is back performing songs from a Joni Mitchell songbook. Mitchell was one of Brown’s biggest influences, and she interprets the hits with confidence.

A seven-time Blues Foundation Award recipient, Foster’s wide palette of American songs range from gospel and blues to jazz, folk and soul. She is compared to Bonnie Raitt and Aretha Franklin, and has toured with numerous international acts including the Allman Brothers and Blind Boys of Alabama.

“She’s amazing live with this huge voice and she straddles so many genres. She’s a powerhouse and the right act to close out the season.”