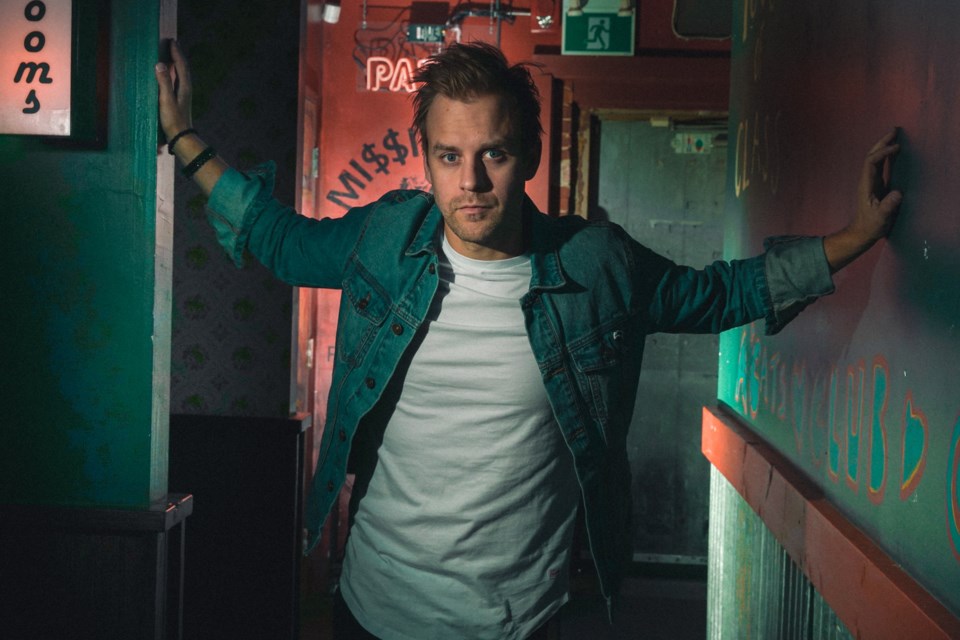 Ever since the COVID-19 pandemic put a kibosh on summer music festivals, fans have been wondering when mass gatherings will restart.

Most major music festivals have thrown in the towel for the year. But this year, the Diesel Bird Group has shown itself to be a loose, outside-the-box thinker that creates fresh solutions.

By design, the Ramada has an outdoor pool with a stage at one end. Overlooking the pool are six stories of approximately 100 private rooms with balconies.

“This is going to be a really cool event, and we’re quite excited about it. There will be seven artists and we’ll be setting up a regular size stage with speakers that angle up. There’ll be screens so people can look at them and enjoy the experience that way. And they can order food. It will be like watching a concert in your own private box,” said Davidson.

A concert that celebrates summer in a western way, Hotel Balcony Music Fest is a boutique experience that showcases a diverse family of country-rock artists.

Clayton Bellamy revs up his high-octane blend of gospel, R& B and riff-driven hard rock while Andrew Hyatt rolls out his special mix of rebellion and respect for tradition.

CCMA Rising Star JoJo Mason, with his larger than life personality, has a knack for juicing up country with a shiny patina of soul, and third-generation singer-songwriter Kelly Prescott has long been steeped in traditional country that includes a Grand Ole Opry debut.

Festivals are the lifeblood for many artists in terms of both earning power and shoring up new fans. The Diesel Bird Group was successful in producing the Diesel Bird Digital Festival in March, raising $53,000, and decided to repeat their success with a twist.

Fifty per cent of the revenue will be directed to artists and the other 50 per cent is going to the Unison Benevolent Fund, a non-profit, registered charity that provides counseling and financial assistance during emergency times to professional music makers.

Davidson sees the concert as a win-win for artists, fans and the hospitality industry now dealing with huge financial losses.

“Right now, artists are going through some rough stuff and it’s important to help them. And this is a way to give everyone some normalcy."