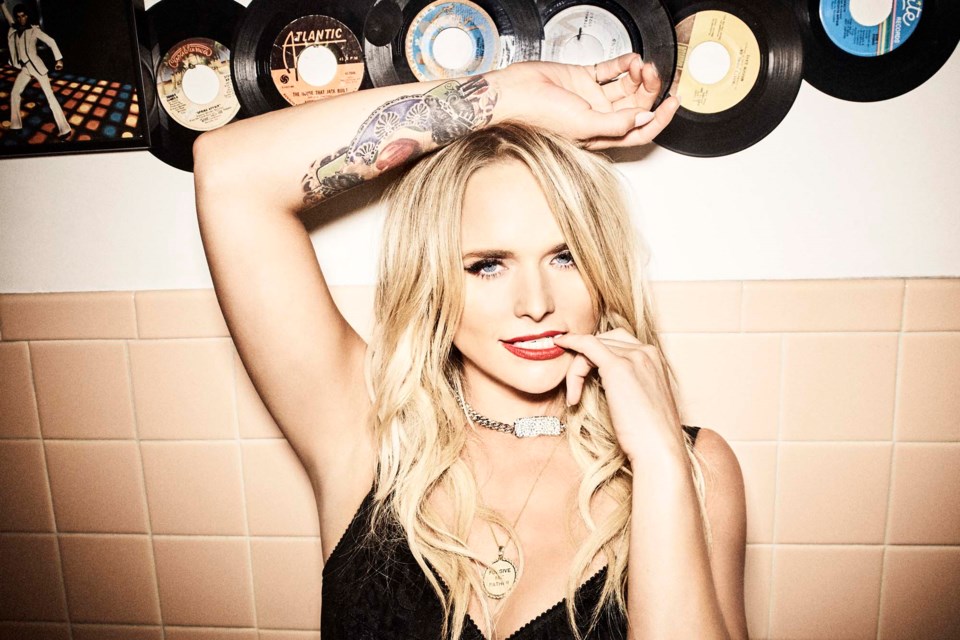 Country singer-songwriter Miranda Lambert, the most decorated artist in the history of the Academy of Country Music Awards, performs at Rogers Place on April 30. ELLEN VON UNWERTH/Photo

One of Nashville’s hottest country singer-songwriters has just announced a new tour.

Miranda Lambert released dates for the 27-stop Wildcard Tour in major markets across the United States and Canada. The seven-time CMA Female Vocalist of the Year brings her entourage to Edmonton’s Rogers Place on Thursday, April 30.

The Wildcard Tour was named after her seventh studio album some call one of “the most anticipated albums of Fall 2019.” The official release date is Nov. 1.

“The essence of a wildcard is always having something up your sleeve, in whatever capacity that means to you,” said Lambert. “It is universal.”

Lambert’s love of canines is legendary, and she’s partnered her MuttNation Foundation with Tractor Supply Company’s Fill the Little Red Wagon Campaign. Fans are encouraged to help shelter pets in each tour city by donating dog food, treats, supplies or cash at each venue entrance prior to the show.

Dog-loving supporters who complete a sign-in form at the donation point will also be entered to win a meet and greet with the country icon for themselves and a guest.