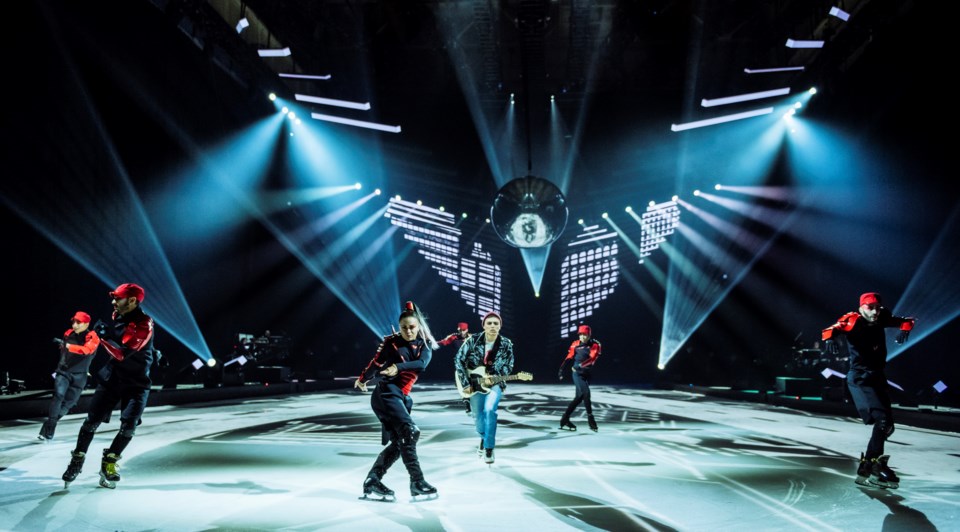 Cirque du Soleil's new ice extravaganza, Axel, is a love story that uses acrobatics and a lazer show to tell the story. It plays at Rogers Place from Dec. 2 to 5, 2020.

Not only is the coronavirus pandemic affecting the Edmonton metropolitan regions, but major acts from across the border are cancelling.

Cirque du Soleil announced Friday it is cancelling AXEL, an electronic ice show that was slated to run July 2 to 5 at Rogers Place.

All ticket buyers for AXEL will receive refunds and be notified on the refunding process. Refunds are available at the point of purchase. For additional questions call Cirque du Soleil’s customer service team at 1-877-924-7783.

Also due to the current outbreak and ban on public gatherings, Rage Against the Machine has postponed their May 3 concert at Rogers Place. The band’s July and August tour is still on and they plan to reschedule Edmonton dates.

Celine Dion’s Courage Tour has also became one more statistic in the tally of postponed events. Anyone expecting to enjoy the April 21 concert at Rogers is encourage to contact their point of purchase.

Closer to home, Mayfield Dinner Theatre’s current production of Noises Off is cancelled. In addition, the company’s upcoming show, Rock of Ages running April 7 to June 7, is on hold until more clarity on the health situation is available. For reimbursements, call the box office at 780-483-4051 or in person at 16615 – 109 Ave.