Mystery and lust marks We Had a Girl Before You 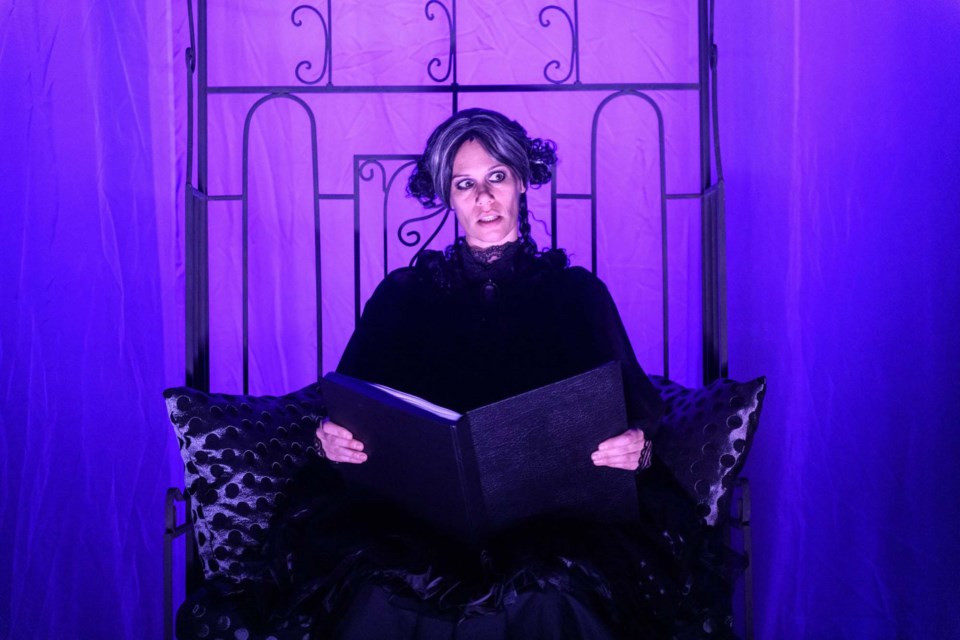 Kristin Johnston stars in Northern Light Theatre's world premiere of Gothic horror We Had a Girl Before You. It plays at Westbury Theatre until Nov. 21. EPIC PHOTOGRAPHY/Photo

We Had a Girl Before You

Candles, candles brightly lit. Big ones. Little ones. More than 50 flicker in an eerily darkened room.

As one enters the Westbury Theatre to see Northern Light Theatre’s world premiere of We Had A Girl Before You, one hears the soft breaking of waves on a shoreline accompanied by drifting fog and ghostly sounds of a strangled voice.

A prim and proper Victorian woman, hidden in the shadows, sits reading her diary. Unsmiling, she watches the audience filter in. After a few minutes she pulls out a flask and raises it to her lips. Without a word being said, hints of mystery and horror descend.

Similar to the 19th century Gothic fiction of Frankenstein and Dracula that combine horror, mystery, death and romance, playwright/director Trevor Schmidt takes the audience to a world of terror and wonder.

The time and place is 1880s London. Edwina “Weenie” Trout, the narrator and lone actor, is an acolyte of Gothic romance novels. Drawn to the dark unknown, she hungers for adventure and love. As a child, Edwina was an unwanted foundling placed in an orphanage where she’s spent her entire life.

Before it’s too late, she yearns to escape her cloistered world and undertake an adventure. As an impoverished woman, few paths are open to her. However, after placing an advertisement in a newspaper, she receives a position as a lady’s companion in an ancestral manor on a remote island.

Once titled Wisham Manor, it is now known by the locals as “Desolation.” When the spunky heroine arrives at a pub near the mansion, the barmaid tells her many young women have come for the job, but are never seen again.

The next day Edwina takes a boat to the island but the simple screech of a seagull gives her a sense of foreboding. It deepens when the boat captain refuses to step on the “cursed island” and she notices the manor has a charred wing.

Actress Kristin Johnston, known for gravitating toward quirky roles, is a theatre chameleon. Unlike some actresses, she never duplicates a character role and her performance as Edwina is completely mesmerizing.

But it’s also a world of terror. Just as Edwina naively believes she is about move up into a more genteel world, there dawns a realization she is trapped on an island evading a sinister monster.

Johnson takes Schmidt’s lyrical dialogue and slowly, almost poetically, builds tension line-by-line, step-by-step. Her performance is thoroughly riveting. Under Schmidt’s astute direction, the duo creates a taut, nocturnal world that descends into madness and makes you look over your shoulder.

Is Edwina deranged and imagining the events? Or is Wisham Manor cursed? Schmidt lets the audience make their own decision.

Patrons are requested to wear masks and dab on supplied sanitizer before entering the theatre. Chairs are staggered more than six feet apart and the openness suggests organizers are going above and beyond Alberta Health guidelines.

We Had a Girl Before You runs until Nov. 21.