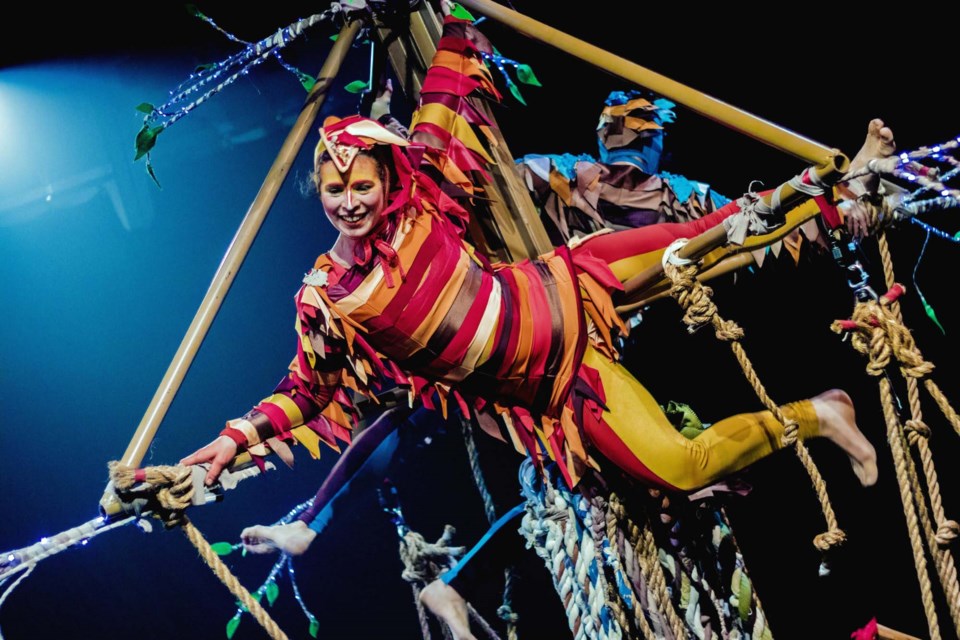 In celebration of Spring Break, the International Children’s Festival of the Arts is streaming two short entertaining children’s shows.

The Joshua Show and Tweet Tweet are virtual performances that not only keep children occupied, but are also a warmup to the festival’s upcoming 40th anniversary festivities arriving in April, May and June.

With quirky hand-crafted puppets and a vaudevillian style straight out of a text book, the New York-based puppeteer feels like a throwback to another era.

“It’s really wholesome – something you would expect Mr. Rogers to deliver, but with the cheeky zaniness of Pee Wee Herman. It’s super funny and totally charming. The message about kindness is simple, but very cleverly done. It’s effective and fun to watch.”

Audiences five years and older will enjoy the 45-minute show.

Femmes du Feu Creations, a Canadian cirque company located in Ontario, is the creator of Tweet Tweet. The storyline presents an enchanting 25-minute tale of two little birds that wake up in their nests situated in a tree high above the ground.

In looking around, they discover each other. Together they hop, flit, swoop and fly to the sounds of mother nature. At first gradually, and then boldly, the little birds make their way from their nests high atop a tree to the ground.

“This is an aerial circus piece and it’s mostly suited to children under the age of five. It’s also non-verbal. The nests are suspended in the air creating a magical, intimate forest setting. It’s quite beautiful,” North said.

Tickets for both shows are $12 per household and are available at https://stalbert.ca/exp/childfest/ until Wednesday, March 31.