The former St. Albert singer introduces a wordless and riveting chronicle of the age.
0
Feb 6, 2020 4:58 PM By: Anna Borowiecki 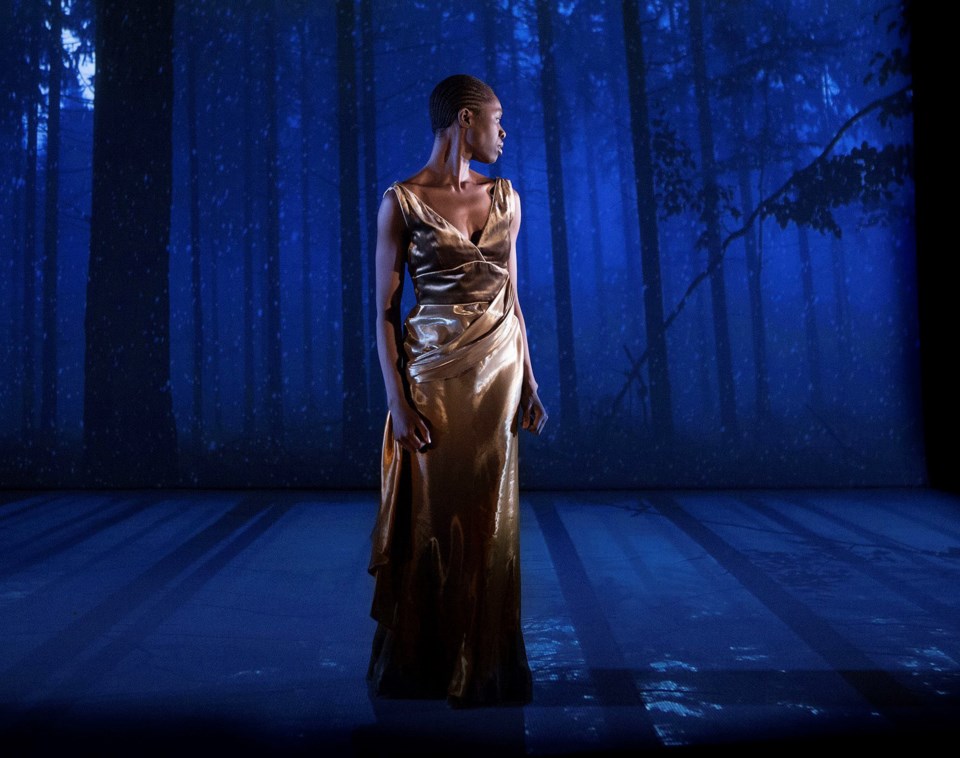 Today, after several decades of exclusive training including a stint at Opera Nuova, her dynamic voice, powerful presence, dramatic savvy and striking looks have made Bickersteth one of Canada's busiest sopranos.

For the next three days from Feb. 6 to 8, the Dora Award-winning singer performs the one-woman Century Song at Westbury Theatre as part of Chinook Series 2020.

Century Song is a multi-media hybrid that seamlessly merges song, movement and visual effects to inhabit a century of black women whose identities are contained within Bickersteth’s own. Each characterization is heightened by some of the 20th century’s most adventurous composers.

“We put a contemporary lens on historical periods, but it’s mainly through my lens as my journey,” Bickersteth said.

She was inspired by two source texts: Alice Walker’s In Search of Our Mothers Gardens' that explores the little-told history of black women in America, and Virginia Woolf’s Orlando, a tale that follows a character through numerous identities across hundreds of years.

“It required a great deal of research and reimagining of myself in different time periods. At first it was an experiment to see if a classical singer could sing and dance in different style. It was a look at the African diasporic culture with the European culture, and where it would clash and combine,” said Bickersteth.

Since childhood, she had spent numerous hours studying and expressing the classical voice. At one point, Bickersteth realized she’d hit a wall. There were simply not many black parts in the world of white Eurocentric opera.

“I was pretending I was something other than myself. As an adult, I spent a lot of time singing, but I was putting on a mask of a white person and I wasn’t being myself.”

Driven by a need to find her inner self, the 100-year journey is an emotional one for the Bellerose High alumna. Theatrically speaking, the structure is similar to a recital with a song cycle.

“It’s as if I go back through different time periods starting with a look at black Canadian women in 1913. Then I look at what Rachmaninoff was doing in Europe and compare it to rural women surviving in Alberta. My next characters are female jazz singers in Montreal. In my research I could find information on black men, but not women. Clearly women were there. Not finding information tells you how women were viewed. They may have been doing well, but how well is that if people don’t remember them?”

In a radical departure from traditional recitals, the former St. Albert Children’s Theatre alumna chronicles history with an absence of words, dialogue and lyrics. Much is left to the imagination as she vocalizes sounds and instruments such as the clarinet, violin and cello.

Century Song first premiered at the National Arts Centre in 2015. It was followed by tours at major Canadian centres as well as Edinburgh Fringe Festival.

“Because there aren’t many words, it is open to interpretation and allows the audience member to be part of it. I’m singing and dancing and that in itself is impressive to look at. But this journey is also a look at the layers of our shared Canadian history.”