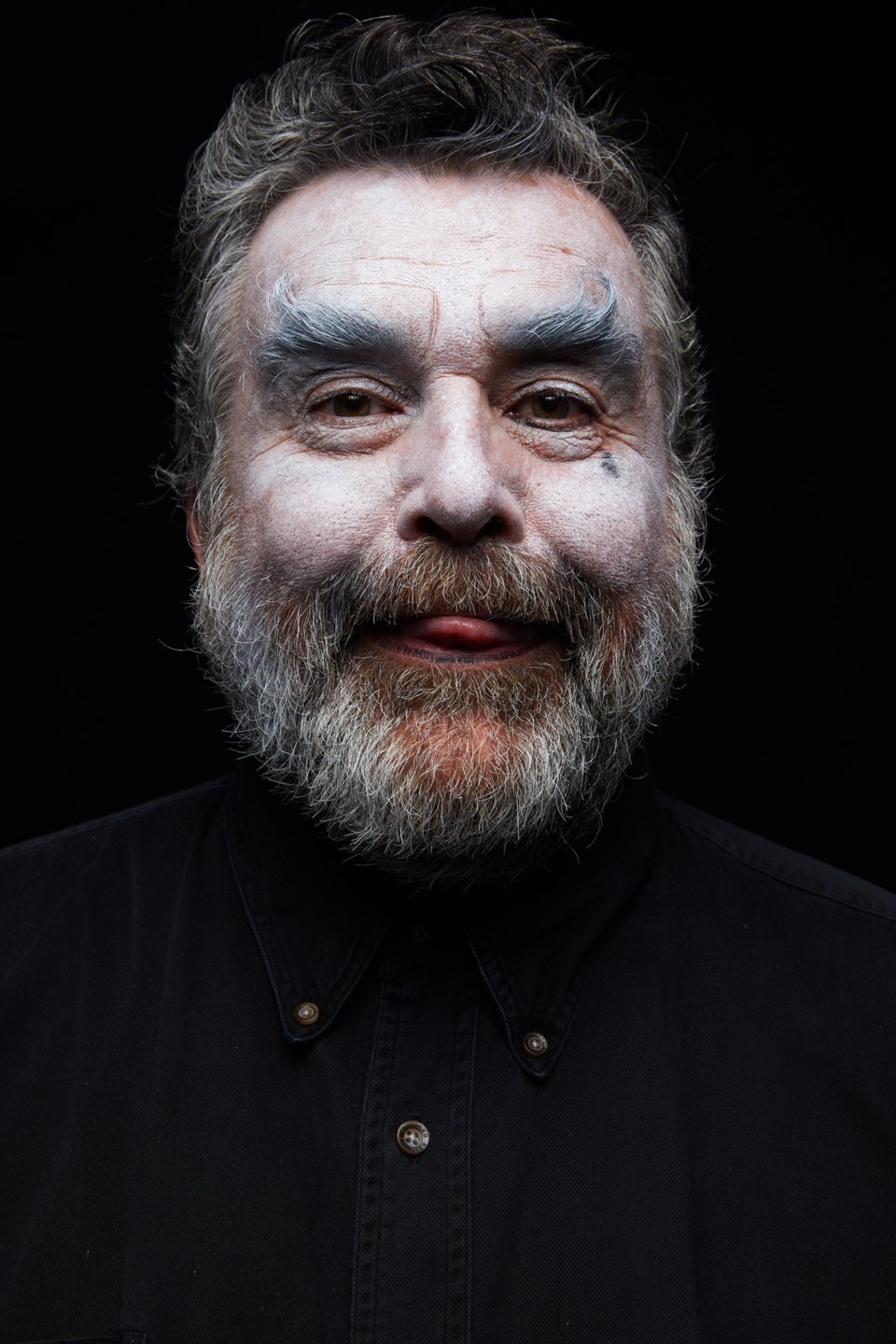 Robert Benz takes the lead in Theatre Network's new production of The Society for the Destitute Presents Titus Bouffonius, a sharp rebuke on how society treats its most vulnerable. The production runs Jan. 28 to Feb. 16.

The Society for the Destitute Presents Titus Bouffonius

The Roxy on Gateway

“Jaw-dropping” and “deranged” are a couple of adjectives used to describe playwright Colleen Murphy’s The Society for the Destitute Presents Titus Bouffonius.

It’s an adaptation of William Shakespeare’s blood-spattered revenge tragedy Titus Andronicus. Neatly tucked within this play is a secondary play mounted by five troubled individuals living on society’s fringes. Attired as buffoons (clowns), they discard and ridicule accepted norms through their dark humour.

It seems The Society for the Destitute received a $500 government grant to stage a Shakespearean production. They've chosen Titus because it has the most murders.

In the original, Titus is a Roman general who has defeated Tamora, Queen of the Goths. When he slaughters her son, it starts an escalating cycle of revenge and uninhibited violence that spirals to 14 bloody murders. Among the barbarous acts are rape, torture, chopping off a tongue and hands, and cannibalism.

“It’s reflective of our society and it’s brutal. Ironically, doing a buffon adaptation gets back at the violence we celebrate. Because it’s buffon, we can wink and nod. It’s been tricky to work out, but we’re getting there,” said Theatre Network director Bradley Moss.

“By using clowns, we are given permission to relish and enjoy the murders that we could not do if it was real.”

Vancouver’s Rumble Theatre originally commissioned Murphy to write an adaptation of Titus in 2014.

“Colleen struggled with it. She did not like the play because of the murder of children. She thinks it's despicable and she had a hard time getting started.”

At the time, Murphy was playwright-in-residence at the University of Alberta. Michael Kennard, founder of clown duo Mump and Smoot, was also teaching classes at the drama department. Murphy went to see one of his student productions incorporating clown styles and a light bulb went off.

Sob is the older leader released from prison four years ago; Boots is a recovering alcoholic; Fink’s mother abandoned him as a little boy; Leap grew up with abuse, and Spark is trying to recover her children from protective services.

“These people are on the streets and they’re calling our bullshit. Rapes and murders and all types of violence are taking place in our world. It also reminds people – don’t think you’re so developed and civilized.”

Aiding the buffons in telling their story are doll puppets whose limbs are ripped from their bodies.

“Sob keeps a running count of the murders and they move the dolls in gruesome ways. It’s grotesque and there’s tons of blood.”

If there is one thing Moss hopes the audience will take away, it’s that “revenge is a cycle and we have to get off it.”