Back to School for LGBTQ Students: The Landscape Today

Is there a place where you feel like you just don’t fit in? Where people whisper behind your back and perhaps even shove you or trip you as you walk by? Or worse, you are personally targeted by politicians – some with the aim to help you,
Sep 23, 2019 8:00 AM By: Great West Media 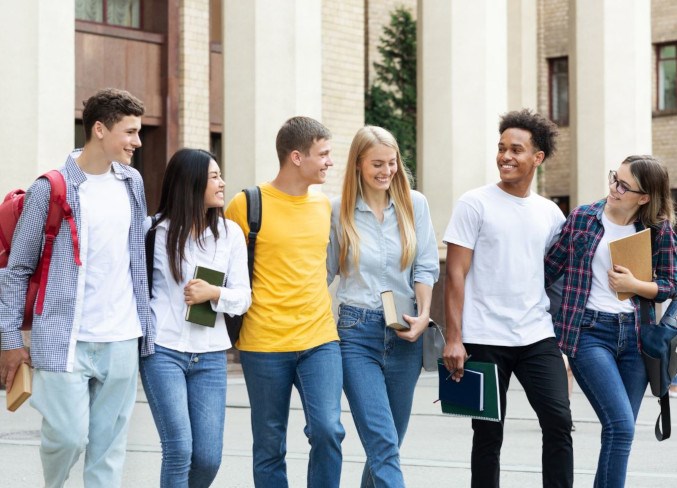 Is there a place where you feel like you just don’t fit in? Where people whisper behind your back and perhaps even shove you or trip you as you walk by? Or worse, you are personally targeted by politicians – some with the aim to help you, others with the aim to make you invisible? How would you feel if every day you woke up knowing that your world is not as safe as it is for many of your peers? Despite sweeping reform, this is still the reality for many in the LGBTQ community, and nowhere is this more prevalent than in our schools.

Taking a closer look at this issue, and the leader of many ground-breaking initiatives, is Dr. Kristopher Wells, who is an Associate Professor and Canada Research Chair for the Public Understanding of Sexual and Gender Minority Youth in Canada at MacEwan University.

“Back in the 1990s, as a teacher, I started to volunteer with a group called Youth Understanding Youth, which was Edmonton’s very first youth group for lesbian, gay, bisexual, transgender, queer and questioning (LGBTQ) youth,” says Dr. Wells. “It was these young people who challenged me to do more to help create safer and more inclusive schools. These formative experiences led me back to graduate school at the University of Alberta where I completed a master’s degree and doctorate focused on the formal and non-formal experiences of LGBTQ students and teachers in Canadian schools. Upon graduation, I worked as a diversity consultant for Edmonton Public Schools and then took up a position as an assistant professor in the Faculty of Education at the University of Alberta. Today, I serve as the co-editor for the International Journal of LGBT Youth and hold the Canada Research Chair for the Public Understanding of Sexual and Gender Minority Youth at MacEwan University.”

If you think LGBTQ issues are more prevalent in the media now than they were about a decade ago, you’d be right; and the media coverage is helping to bring about positive changes.

“Public understanding and awareness about LGBTQ people, in general, is much greater in society than even 5 to 10 years ago,” Dr. Wells agrees. “It was a historic moment when same-sex marriage was legalized in Canada in 2005. We’ve seen many rapid changes since then, including the Prime Minister’s recent apology to LGBTQ Canadians and the current movement to ban conversion therapy in Canada.”

He continues, “In 2019, we see far more LGBTQ visibility in our mainstream news, on television, in workplaces, and even in our own families. The average coming out age has dropped significantly and is now around age 15 or 16, and even younger for transgender children. This visibility has been one of the greatest reasons for the positive change we are seeing in society. We now all have LGBTQ family members, friends, and co-workers that we are proud to know and support, and as a result we are much less likely to tolerate prejudice and discrimination.”

These changes are noticeable in schools across Canada. Dr. Wells explains, “Like society, post secondary campuses are also changing quite rapidly. Most campuses now have LGBTQ inclusive policies, gender-inclusive washrooms, LGBTQ inclusive residences, and some even have active LGBTQ alumni groups, courses, and scholarships for students. Many campuses now also host pride weeks and events to celebrate LGBTQ inclusion on campus. None of these activities existed when I first attended university in 1990. My experience was largely met with silence and invisibility.”

However, despite the progress, there is still a long way to go.

“While there has been tremendous progress, there have also been setbacks and increasing attacks on the LGBTQ community,” Dr. Wells admits. “Sometimes it feels like for every two steps forward, there is also one step backwards. Unfortunately, the LGBTQ community is still one of the groups most frequently targeted by hate crimes, and of all the hate crimes committed in Canada, those targeting the LGBTQ community are the most violent in nature. Here in Alberta, we recently witnessed pride flags burned, rainbow cross walks vandalized, and the new UCP government recently passed Bill 8, which has for the first time in our province’s history rolled back important supports and protections for LGBTQ students and teachers in schools. Sadly, going back to school this September will be a scary and dangerous time for many vulnerable youth in our province.

“One of the biggest challenges facing LGBTQ students right now is around supporting gay-straight alliances (GSAs) in schools and the development of inclusive policies and supports in our educational institutions. Unfortunately, LGBTQ students are still among the most vulnerable groups of students in our schools today. They are more likely to be bullied, engage in self-harming behaviours, have compromised mental health, and experience much higher rates of suicide, depression, and post-traumatic stress disorder. For many youth, coming out to their parents still poses very real challenges and risks.”

The risks of being in the LGBTQ community sometimes, and unfortunately, are just as great in the home.

“Parental rejection continues to be the number one cause of LGBTQ youth homelessness, and research tells us that upwards of 40 per cent of all homeless youth in Canada are LGBTQ. Now imagine if your home is not safe, and your school is not a safe space. What’s left? Too often the only option for many LGBTQ youth is to run away, and research tells us that a young person’s risk factors grow exponentially when they are street involved. As youth come out and celebrate who they are, we can’t forget about parents and family members who may also need support.”

Dr. Wells has some great advice for LGBTQ students heading to school this September.

“For LGBTQ students who are getting ready to head back to school, whether that’s K-12 or post secondary, I would suggest that they look for groups like GSAs or LGBTQ student clubs where they can find allies and like-minded peers. Finding a space and place to belong is critical not only to a young person’s emotional wellbeing, but it is also a vital factor in academic success. I would also recommend that students look for courses that include LGBTQ2 content, attend special events and guest speakers, and get to know your school or institution’s policies, which can help to not only protect, but also support you. The bottom line is that no student should be afraid to go to school and be themselves. We know that education is one of the best ways to reduce poverty and improve a person’s opportunities for success in life. Ultimately, we want every young person to feel comfortable and confident in being their authentic self each and every day and to take pride in themselves and in their school.”

Dr. Wells concludes, “While in Canada we have made great strides towards LGBTQ inclusion, we still have important work to do in reducing risk and building the confidence, health, and resilience of our LGBTQ youth. At the end of the day, we get the kinds of communities we are willing to build. As students go back to school, how will you welcome and support diversity in your school, family, and community?”

Programs that provide grounding in Indigenous worldview will continue
Nov 3, 2020 10:15 AM