Herman is one of eight Missing and Murdered Indigenous Women, Girls and Two-Spirit people (MMIWG2S), who have been reported missing or murdered in the Fort McMurray Wood Buffalo area since 2004.
May 15, 2021 2:45 PM By: Sarah Williscraft, Local Journalism Initiative Reporter 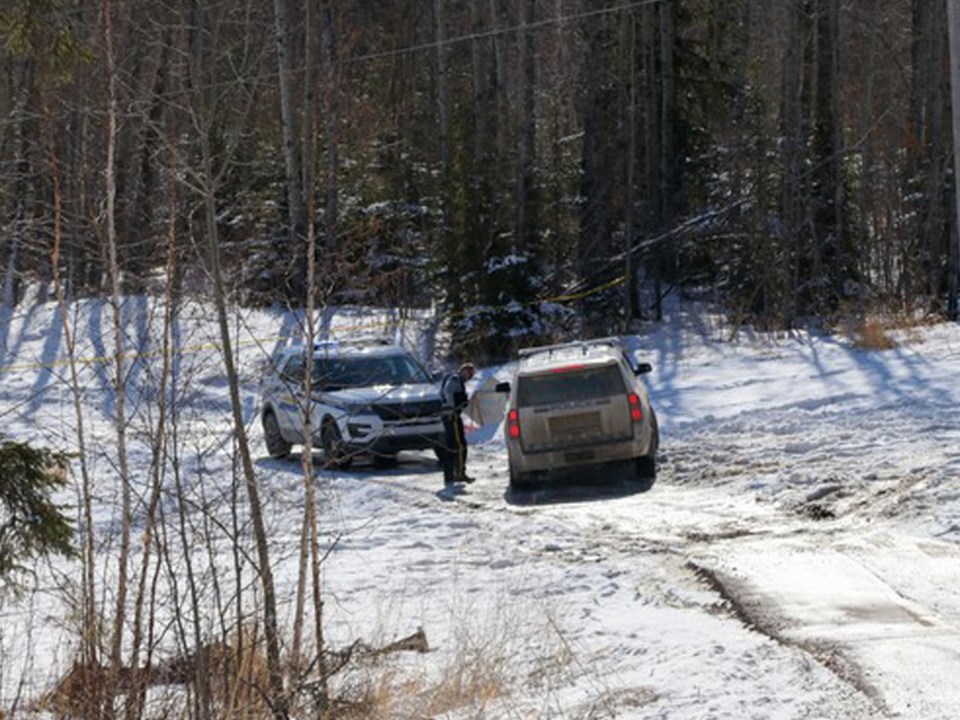 Wood Buffalo RCMP secure a trail, located near Silin Forest Road and Thicket Drive, on Sunday, March 21, 2021 after the remains of Ellie Herman were found in the areaarah Williscraft/Fort McMurray Today/Postmedia Network

Daniel Herman started getting worried in late September 2019 when he stopped hearing from his daughter, Ellie Herman. It wasn’t like her to disappear, and Herman was reported missing a few weeks later on Oct. 17.

“I was worried about her seven days a week and 24 hours a day,” said Daniel. “I could barely eat and I didn’t even know what I was going through at the time.”

Herman, a member of the Chipewyan Prairie Dene First Nation, was found on March 20 at 1:49 p.m. People on a trail by the Rotary Club Gazebo at Thicket Drive and Silin Forest Road found her remains, which were brought to Edmonton for an autopsy. A cause of death was not determined, but doctors confirmed Herman’s identity.

“She was a happy girl all the time just like me,” said Daniel, who described Herman as a mother and daughter connected to her family. “She was a dependable, reliable and a good person and she would always reach out to anyone who ever needed help.”

Herman is one of eight Missing and Murdered Indigenous Women, Girls and Two-Spirit people (MMIWG2S), who have been reported missing or murdered in the Fort McMurray Wood Buffalo area since 2004.

“It’s something that people can’t ignore and pretend isn’t happening,” said Mayor Don Scott. “It’s certainly something that affects a lot of families.”

Amber Tuccaro was reported missing in Aug. 2010 while visiting Nisku. Her remains were found in a Leduc field two years later. The RCMP admitted in July 2019 the investigation of her death was mishandled by investigators and apologized. The family refused to accept the apology.

Janice Desjarlais was last seen climbing into a dumpster with her boyfriend near the downtown McDonald’s to stay warm on Oct. 1, 2010. When her boyfriend left to get breakfast the next morning, a garbage truck emptied the dumpster. Desjarlais was likely smothered under other people’s garbage and buried in the Fort McMurray landfill. Her body was never found.

Audrey Bignose was found deceased outside an Eagle Ridge home on Christmas 2019.

Rosie Keating, executive director at Centre of Hope, said Herman, Desjarlais, Deltess and Bignose were all patrons of the organization. Keating said she had fond memories of Herman.

“Ellie was a wonderful girl and she loved her children dearly,” said Keating. “She was always pleasant and respectful when she came into the centre.”

Keating said the issue of MMIWG2S is not investigated enough and needs to be taken more seriously locally.

“A lot of these women seem to fall through the cracks of the justice system and we need to bring awareness to it because every person matters,” said Keating.

Lisa Marie Bourque, president of the Nistawoyou Friendship Centre, said Bignose’s 2019 death was a tragedy felt by the organization. Bignose frequented the Friendship Centre and was well known by staff and patrons.

“She was talented, she was an artist, she could write in ancient syllabic and she brought value to this Earth,” said Bourque. “She was found dead, frozen and possibly murdered, and what have they done to look into it further? I don’t think we ever got an update.”

Bourque said discrimination against Indigenous women is a serious issue in the region. She hears frequent allegations of women harassed or mistreated by local law enforcement.

“If something is happening to you, sometimes you don’t even want to call for help,” said Bourque. “When they look at you, all they see is just another Native and don’t think you need to be taken seriously.”

“Things have slowed down in the past few years and the number of transient workers coming to work in Fort McMurray has slowed down but we can’t somehow think that the sexual exploitation of Indigenous women has disappeared,” said Loutitt.

May 5 is Red Dress Day, a national annual event honouring and raising awareness of MMIWG2S people. Jes Croucher, of Pawâmiw Creative, is arranging a local event with First Nations, Métis Locals and other local Indigenous organizations.

There will be a Facebook Live panel hosted by the Athabasca Tribal Council, a walk at 1 p.m. through Centre of Hope. The Saline Creek footbridge will be lit red to honour MMIWG2S people.

“It’s not just a day, this is an ongoing effort,” said Croucher. “You have to continue to educate yourself and realize this is a personal issue for everybody. Even if you are non-Indigenous, you have Indigenous friends, co-workers and this is happening within your community.”