A family reunion goes awry and then the awry goes awry in the eccentric and quirky Come to Daddy, playing a limited engagement at the Metro Cinema starting Thursday.
0
Feb 12, 2020 12:30 PM By: Scott Hayes 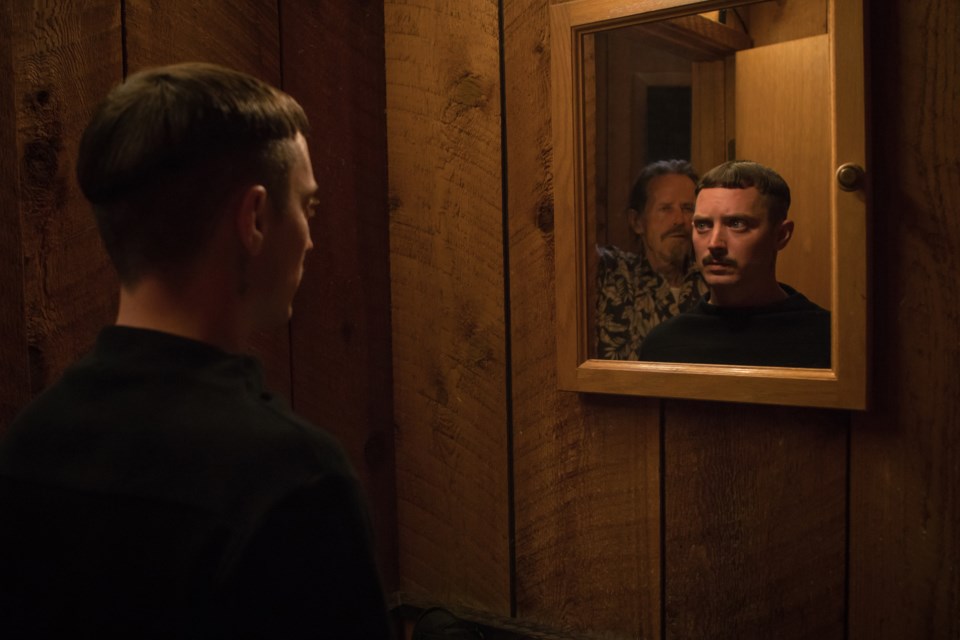 Rated 18A for coarse language, substance use, nudity and violence

Playing February 13 through 17 at Metro Cinema in Edmonton. The film is also available to rent or purchase on the Apple TV app and On Demand.

There were two films shot on Vancouver Island last year and they’re both being released this week. Take your pick: the based-on-a-videogame Jim Carrey vehicle Sonic the Hedgehog and this, Come to Daddy, an estranged father-son reunion tale with heavy atmosphere and horror overtones. I bet they’re both strange as hell but what incredible scenery!

Forget the first, unless you have kids and have no choice in the matter. Come to Come to Daddy, on the other hand. It is a determinedly mature movie that twists and snowballs from quirky to eccentric to downright mind-bendingly bizarre in 90 minutes flat.

This flick doesn’t shy away from its inevitable off-putting off-kilter story. We start off as Elijah Wood’s Norval – a mid-30s guy with a bowl cut hairstyle and bushy caterpillar moustache – is trekking through the woods using handwritten directions to find his father’s house. They’ve been separated since he was a child but the hasty, unexplained invitation to the way-off spot was irresistible. The meeting, however, is not so satisfying.

There really isn’t much of a familiar bond between him and Brian (the gravel-voiced great Stephen McHattie). Because of the twists (I won’t say too much because they are a mark of really great writing), don’t expect to be at ease in your theatre seat. You’re in for a strange ride. Kudos to screenwriter Toby Harvard, who also penned director Ant Timpson’s The Greasy Strangler. The dialogue, the character revelations, the pacing and indeed the plot twists are top notch.

You really shouldn’t have walked into this movie thinking it was a feel-good fluff piece anyway. It’s Timpson’s first feature film as director. He’s New Zealand’s answer to Quentin Dupieux and is better known for producing dark, strange works like Turbo Kid, Deathgasm and the aforementioned Greasy Strangler. The news that this story was inspired by Timpson’s own experiences with his father doesn’t help matters.

Come to Daddy is a surprising modern horror. Once it has you in its grips, the only way out is at the other end of a tunnel with a lot of angles, some sharp, some acute, and some that are very, very obtuse.

Upstairs/downstairs: the microcosmic class conflict of Parasite
Feb 10, 2020 2:20 PM
Comments
We welcome your feedback and encourage you to share your thoughts on this story. We ask that you be respectful of others and their points of view, refrain from personal attacks and stay on topic. To learn about our commenting policies and how we moderate, please read our Community Guidelines.