Fantasy fun for all ages in new trilogy

Alexis Marie Chute has enough energy to be an artist, photographer, curator, editor, and now writer. Her trilogy is now well into the middle volume with the final part readying for a spring release.
Jan 20, 2020 1:00 PM By: Scott Hayes 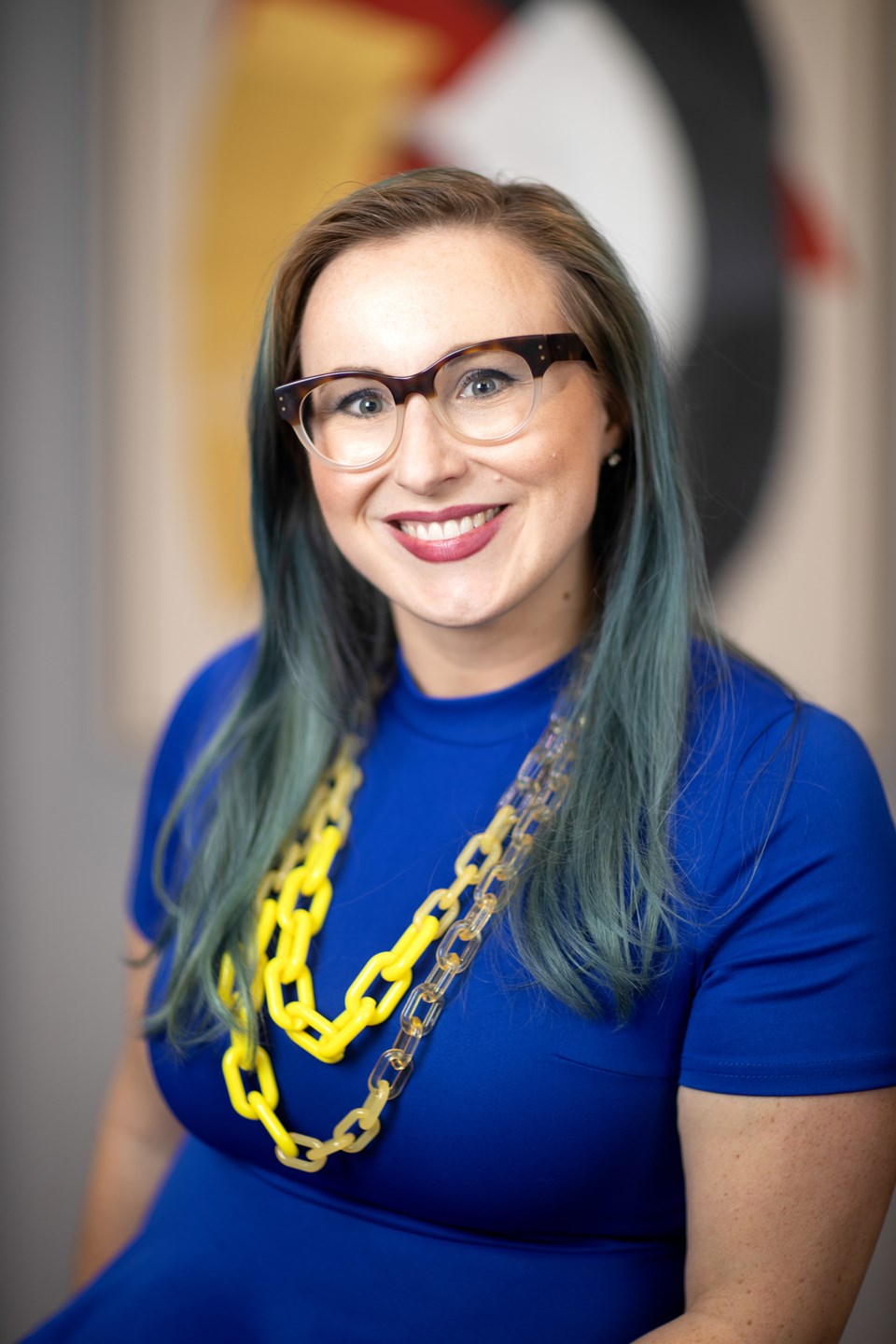 the second in The 8th Island trilogy

The cure for cancer in a parallel dimension is somehow integral to the fate of all worlds? It could happen. Regardless, it sure makes for a solid story string to carry along the characters – and the readers – of Alexis Marie Chute’s new book series called The 8th Island, now into its middle volume with the third and thrilling conclusion set to arrive in the spring.

If Chute’s name rings a bell, it’s probably because you pay attention to what’s happening in local cultural circles. She’s not only an author but also an artist, filmmaker, photographer and motivational speaker. While she’s on a break from her book tour, she has an exhibit of her own artwork now on at the Renaissance Hotel at the Edmonton International Airport and just started a new job as the curator of the gallery at the Multicultural Heritage Centre in Stony Plain.

Busy person, she. Chute must have oodles of creative energy to have so many irons in the fire.

“People ask me all the time. I’m just really, really, passionately excited about many different things. I find that my pursuing my creative passion is energizing in a way,” she began, noting she still has a lot of fun.

It’s easy to imagine how she derives a lot of that fun from her three children, the oldest only 10 years old. Perhaps that's also why she says she doesn’t think of herself as an adult.

Chute has always been an avid reader and grew up loving fantasy and adventure books. Now that she’s older, she has taken that love and turned it into her own epic fantasy trilogy series that started with 2018’s Above the Star.

The story began with three unlikely heroes who were transported to a new dimension in search of a cure for cancer but they soon realized there’s much more at stake than just that. This multigenerational team of heroes stumbles into the middle of a galactic battle royale. They must muster all of their courage and resourcefulness to not only save themselves but save the universe too.

The adventure continues in last year’s Below the Moon, released in the fall. Our mute teen hero Ella holds the key to saving all life that has been thrown into chaos by an evil Star. Helping her along still are her mother Tessa and her grandfather Archie. Together, they must overcome such classic time-honoured fiction tools as betrayal, mistaken identities, and secrets to succeed.

It’s a full and satisfying story, one that all began when Chute, newborn babe in tow, sat down to power through National November Writing Month (a.k.a. NaNoWriMo) with her kernel of an idea to flesh out.

“I had a four-month-old baby at the time, but basically just sat at my computer with my nursing pillow around my lap and the baby would sleep on the pillow and I would just write over top of him for eight hours a day. That’s how the first draft came along. I don’t think I was sleeping that much.”

With that kind of influence, it’s easy to see how a story like this can be so rooted in the power of love and the strength of families. The author is keen to make sure all readers can derive some benefit out of this wonderful fantasy adventure that shows how a family’s faith can be tested and it can still overcome high adversity.